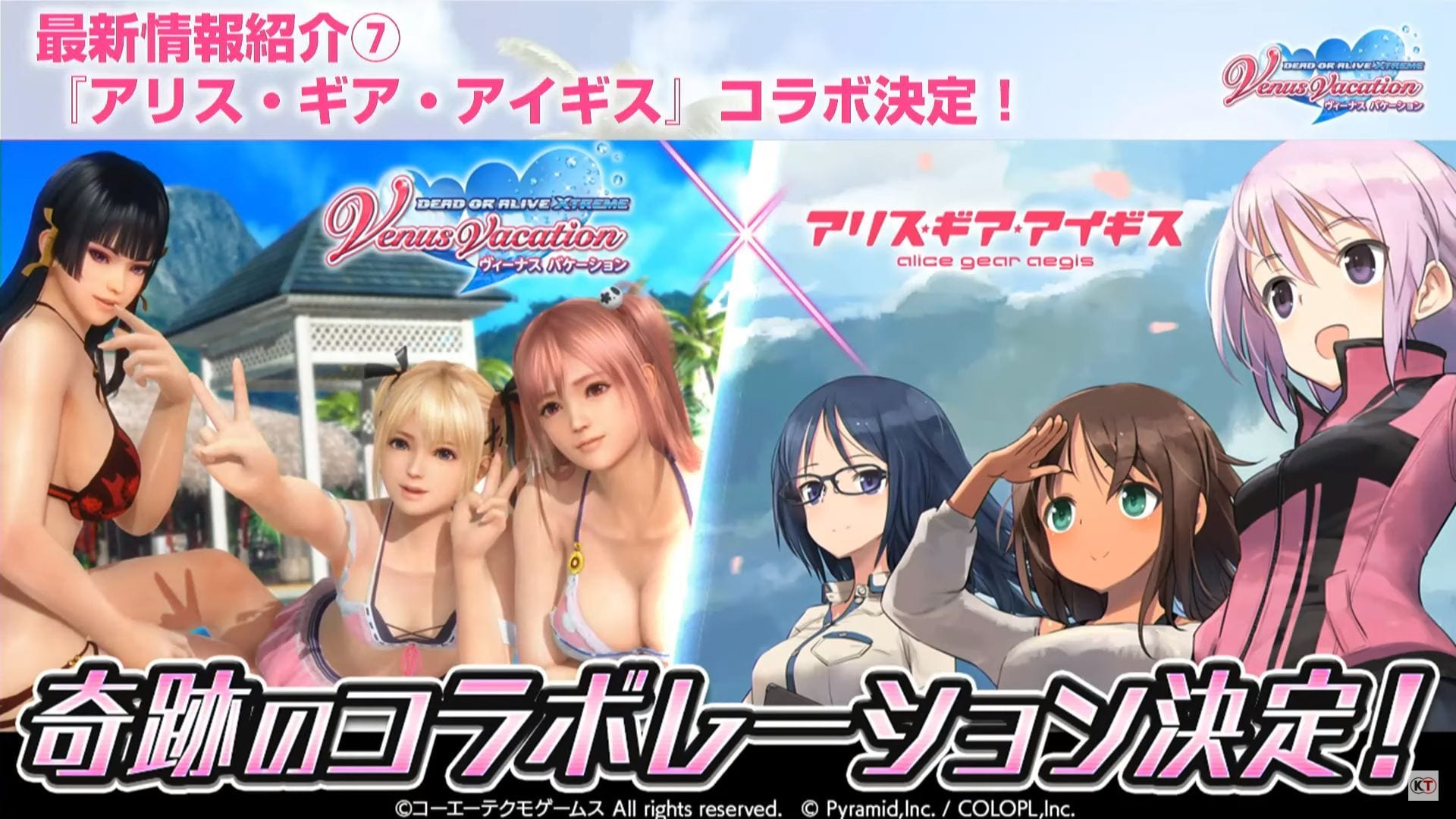 We get the news of a new crossover with Alice Gear Aegis, which you may not be familiar with. It’s a mobile game developed by Pyramid and published by Colopl, featuring your usual waifus wearing mecha suits.

If you’re curious, you can check out the opening cutscene at the bottom of the post.

The event will launch in late March, and we still have no details of what it’ll involve.

On top of that, the hosts of the livestream performed the usual real-life gacha to draw prizes all players are going to get.

We are getting the usual monthly featured SSR ticket for February, one Venus SSR ticket, two February SSR ticket parts (you need 8 to make an additional ticket), and variosu consumables.

If you’re wondering which swimsuits are featured in the February ticket (you basically get one for free automatically), you can see them below.

Let’s just say that if we were allowed to cheat at gacha like those ladies are during the livestream, Koei Tecmo and DMM wouldn’t make much money off this game.

Conveniently, Tamaki’s featured swimsuit is the same showcased in today’s trailer that revealed that she’s coming to Dead or Alive 6.

Keep in mind that this is valid only for the Japanese version of the game via DMM. The Steam version in English is behind in content by approximately a year.