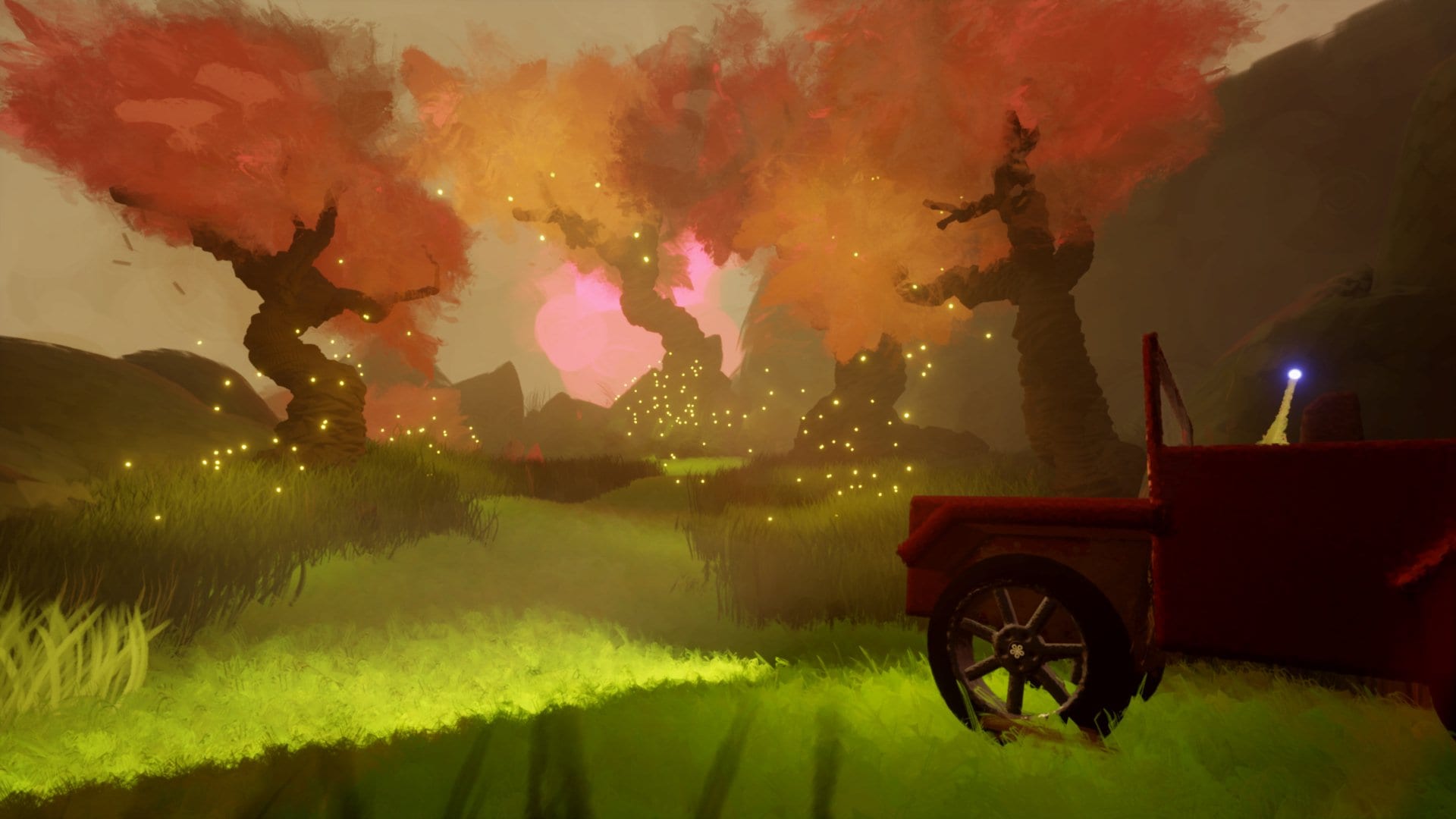 For many, creating is the name of the game in Dreams. For the less creative among us though, we’ll want to check out the best that the world’s creators have to offer. Here are the best Dreams levels we’ve found so far that you should play as soon as possible.

We’ll continue to update this piece with more levels as we play more, so keep checking back for more. You can also check them out at https://indreams.me/, where you can add them to your list to play later.

If you’re missing Wipeout, SlidEout 3019 is a near perfect replication. I had some issues with the camera when being bumped by the side of the track, but it’s a beautiful game that feels great to play.

It’s quick, tense, and requires a lot of focus. It’ll take some getting used to, but it’s great, basic Wipeout.

This one is a short experience. There’s not much to it, but it’s one of the best examples of what’s possible in Dreams in terms of visuals and world building.

As a little robot, you walk through a rocky landscape to get to a waypoint, that’s it. It’s got the kind of scale and sense of awe that the likes of Death Stranding and Destiny do.

You can look up into the sky at the planets lurking above, or look out towards the rocky hills beyond. They lighting is stunning too. The only issue is some of the boundaries that make the journey a little awkward.

It only takes a few minutes, so give it a quick try if you’re after some inspiration for your own creations.

I loved the Rock Band Unplugged and Rock Band Blitz games that came out when the music game genre was at its peak. I’ve wanted them back and Fret Star only makes me want them more.

It’s a simplified version, with you using two d-pad buttons, triangle, and circle to hit the notes on the fret, and there’s little going on in the background.

Above anything else, Fret Star is worth praising for its feel alone. The playing mechanics work well and it’s not the game’s fault when you miss a note.

Also, the two songs there right now are great. The first is the perfect place to learn, while the heavier second is much more of a test that you’ll want to replay to climb the leaderboards.

This is another short one, with the last few jumps being the only tricky bit, but BP Obstacle Course nails the look and feel of Media Molecule’s big series.

You play as Sackboy, jumping up a hill to reach the end of the stage. The jazz music is great, the jumping feels good (if a little imprecise), and the end platform is perfect.

Also, you even move Sackboy’s head by moving your controller, just as you could with the PS3 Six Axis controller in the original game. It’d be great to see more levels like this.

Dreams is the perfect place to make and uncover new puzzle formats. GridSlice is simple but ingenious. On different stages, which get harder and harder, you need to survive while slicing blocks in the right direction.

You’ll get more points for combos and need to avoid mines. It requires fast fingers and tactical play if you’re trying to get high scores.

If you’re looking for a game that’s difficult to put down in Dreams, this is the perfect example.

Housemarque may have said that the market for arcade was dead, but maybe it can live on in Dreams.

Blade Gunner isn’t anything new, in fact it’s a complete rip off of Resogun, but it’s fun nonetheless. It has the neon green and black world, circular scrolling levels, and twin-stick shooting, so you’ll know exactly what to expect if you’ve played the PS4 launch game.

This level has different difficulty levels, upgrades, a currency, and loads of waves to beat. If you like Housemarque’s games, maybe jump into Dreams and give this a try.

This is the single most impressive demo I’ve played so far. It’s just like the opening to the likes of Mass Effect or The Outer Worlds, with you starting a universe-trotting story from the bridge of your ship.

You’ll explore, engage in optioned conversations, tinker with stuff on the ship, and engage hyperdrive. It looks incredible and has me incredibly excited about what could be possible from a full RPG in Dreams.

There’s nothing in the way of actual quests or further exploration, but ORD6 is worth a follow based on Untitled Space Opera alone.

Fallout 4: Dreams Edition is the most liked Dreams level so far, and for good reason. Not only is it a competent open world game with great music and impressive visuals, but it recaptures everything unique about Fallout 4.

The iconography of the world, the UI, the pip-boy, and even the sounds of the guns are exactly like you’ll find in Bethesda’s game.

You can head out to complete quests, take on enemies, or simply explore, just as you would be able to in the full game. It’s a WIP level right now, but more quests and enemies should come to Fallout 4: Dreams Edition soon.

With the Sonic movie coming out this week and doing phenomenally at the box office, the little blue hedgehog is getting a lot of attention.

If you’re addicted to Dreams and want to jump back into the Sonic games, this version of Adventure is great. There are some issues that crop up when you fail platforming sections, but the world looks amazing, hurtling alone at speed is a lot of fun, and it’s faithful recreation of the original.

Whether you’re looking for a good platformer in Media Molecule’s game or just some rings to collect, jump into Sonic Adventure: Dreams Edition.

This is a driving game, but driving isn’t the focus. You’ll make your way through a beautiful forest, up snow covered mountain, and along a river to see what’s at the end.

It is one of the most impressive examples of world building in Dreams, with this one level having five or so stunning individual settings.

The Offroad Lands‘ driving isn’t good enough to use in an actual racing game, but the design and interesting ending make for a beautiful five minutes.