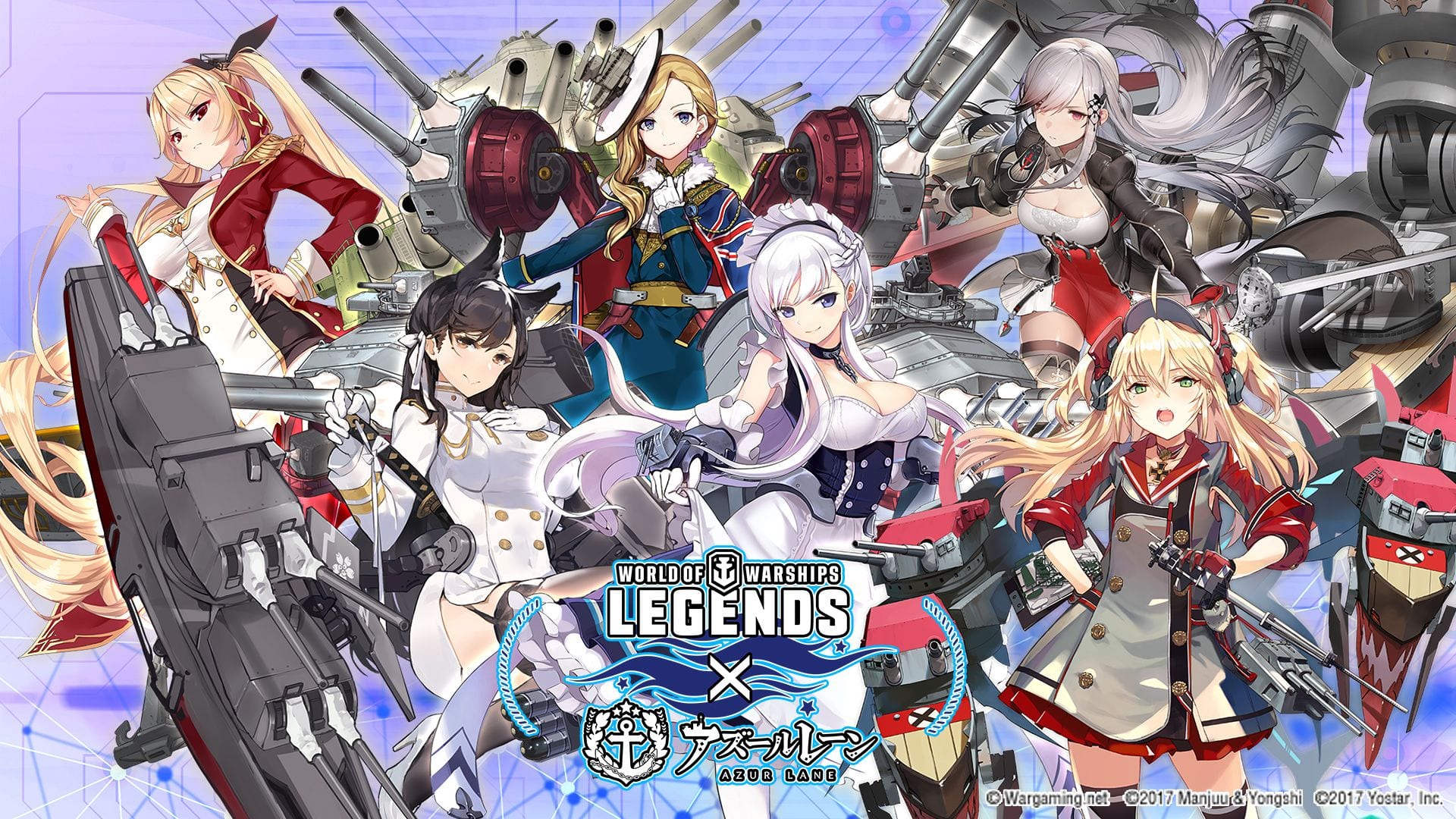 Wargaming always seems to be keen to include collaborations with anime-style IPs in their games, and apparently Legends on consoles isn’t an exception, following in the footsteps of its big brothers on PC.

Twinfinite sat down with associate producer Filipp Glushakov to hear more about this and about the most relevant elements of the update.

Giuseppe: Does the collaboration with Azur Lane differ in any significant way with the events we saw on the PC version of World of Warships?

Filipp Glushakov: This depends entirely on how you view it. Since the majority of the game’s entities are similar between Legends and PC versions, you could say it is fairly close. We have skins (permanent camouflage) for ships and commanders.

One could say that our commanders are a bit more “involved”, so they have unique skill sets inspired by their Azur Lane counterparts as well as inherited their images with adaptation to our UI, of course.

We did, however, customize the selection a bit, and for us, it’s Atago, Hood, Nelson, Belfast, Dunkerque and Hipper, both as commanders and camo.

Giuseppe:  How did the partnership with Yostar happen? It seems to be quite involved, with relevant ships inspired by World of Warships also appearing annually in Azur Lane.

Filipp Glushakov: I wouldn’t be the best person to comment on this, but simply put: it just makes sense.

What is quite different is how those ships are represented and Yostar has quite a cool angle with ship-lady-characters and storylines while we try to be as historic as possible while fun and playable. Time and again we can see that both approaches work, so it’s only natural to peek into the other universe. 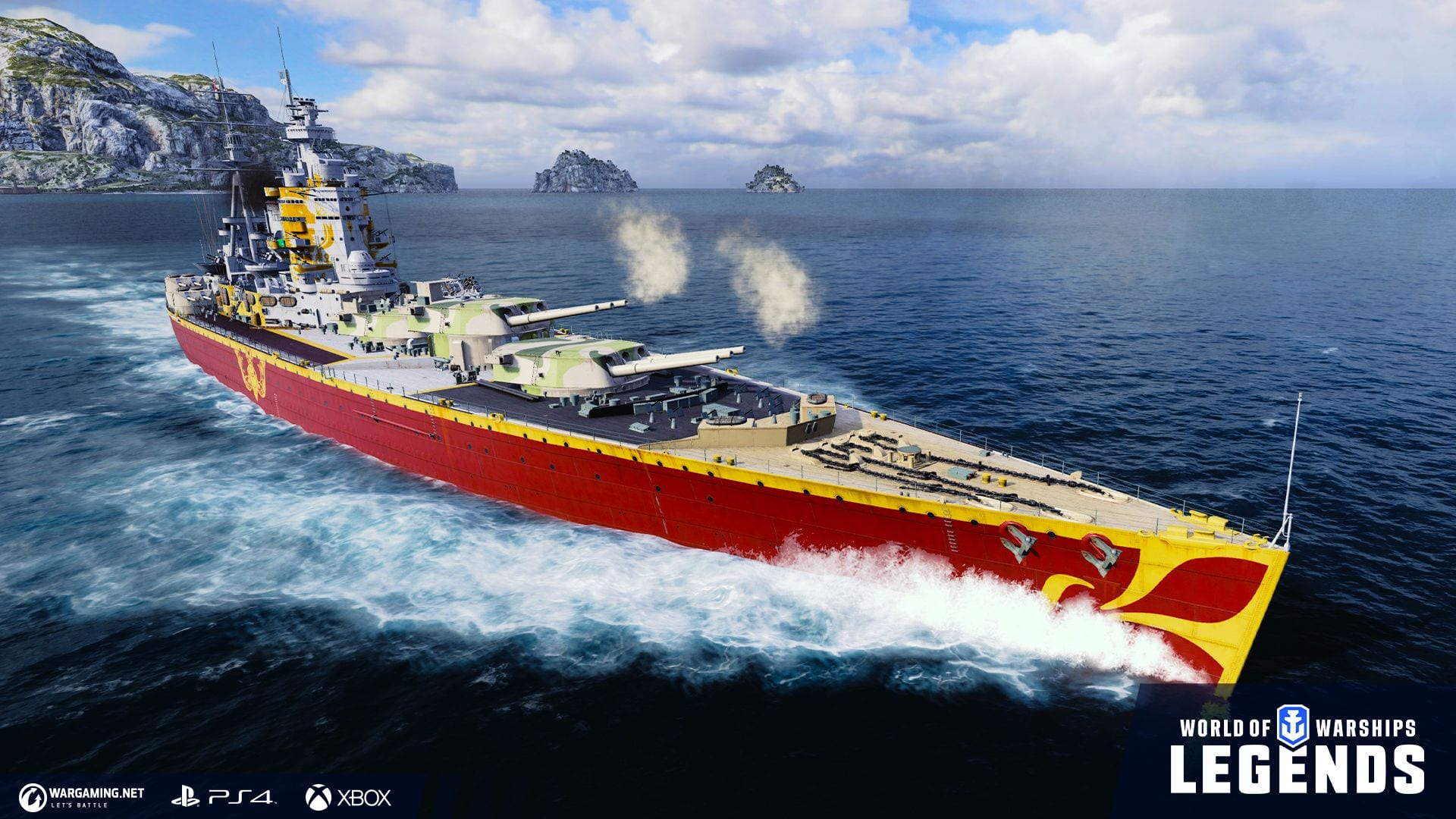 Giuseppe:  Wargaming seems to have a quite strong affinity with anime and anime-style games in terms of collaborations. Is there a reason for this?

Filipp Glushakov: Now this would be a bit of a guessing game for me, but what makes sense is that it’s different, yet it’s not.

Let me explain: anime seems to have one of the biggest representations for historic warships in modern pop culture so they build on references and facts while mixing in their special magic sauce.

The appeal is quite obvious, both for anime-lovers and warship adepts with an open mind for fantastic/fantasy projections of what they love in reality. In essence, this concoction helps us reach a wider audience and to our surprise is enjoyed by quite a number of our longtime players, so there’s definitely a sense in continuing.

Giuseppe: Do you have your eye on any other IP with which you’d like a collaboration? Personally, I’d be very partial for a Muv-Luv crossover, but there are certainly many possibilities.

Filipp Glushakov: Can’t quite comment on this one, but I’m fairly optimistic that this is not the last collaboration we have! Anime or not, there is a lot to explore in this area.

Giuseppe: Can we expect the collaboration with Azur Lane to continue in the future with the addition of more captains and similar goodies?

Filipp Glushakov: We’ll have to look at how it is perceived on a wider scale by our communities and if there are no obvious blockers, which we don’t expect, then the chances are fairly high.

Giuseppe: Are there any other ways you’d like to expand this collaboration that you haven’t done yet?

Filipp Glushakov: To be honest, we’ve made the best of it given the current possibilities within the game.

Now, once we have more and/or different aspects (which we will) the depth of any collaboration can range from cosmetic to a new game mode. I’m speaking ambitious here, but only time will tell how far we go with a given collaboration. But of course, first, we need to “complete” the first one.

Giuseppe: What are the most prominent new features coming with the update besides the collaboration, and how do you expect them to change the game?

Filipp Glushakov: The British cruisers are finally filling a gap in national tech trees with this update. We’ve got 4 newcomers with very unusual setups: AP-shells only, Smoke Generators and Repair party, but with very limited armor.

To supplement the “Royal invasion” Belfast makes a grand entrance at tier VI as the ultimate campaign reward. And don’t forget about the third season of Ranked Battles. This time it’s personal!

No, it’s not, but it does have that highly requested destroyer per team cap and the season lasts for the whole update, so more players can jump in at times they find preferable. 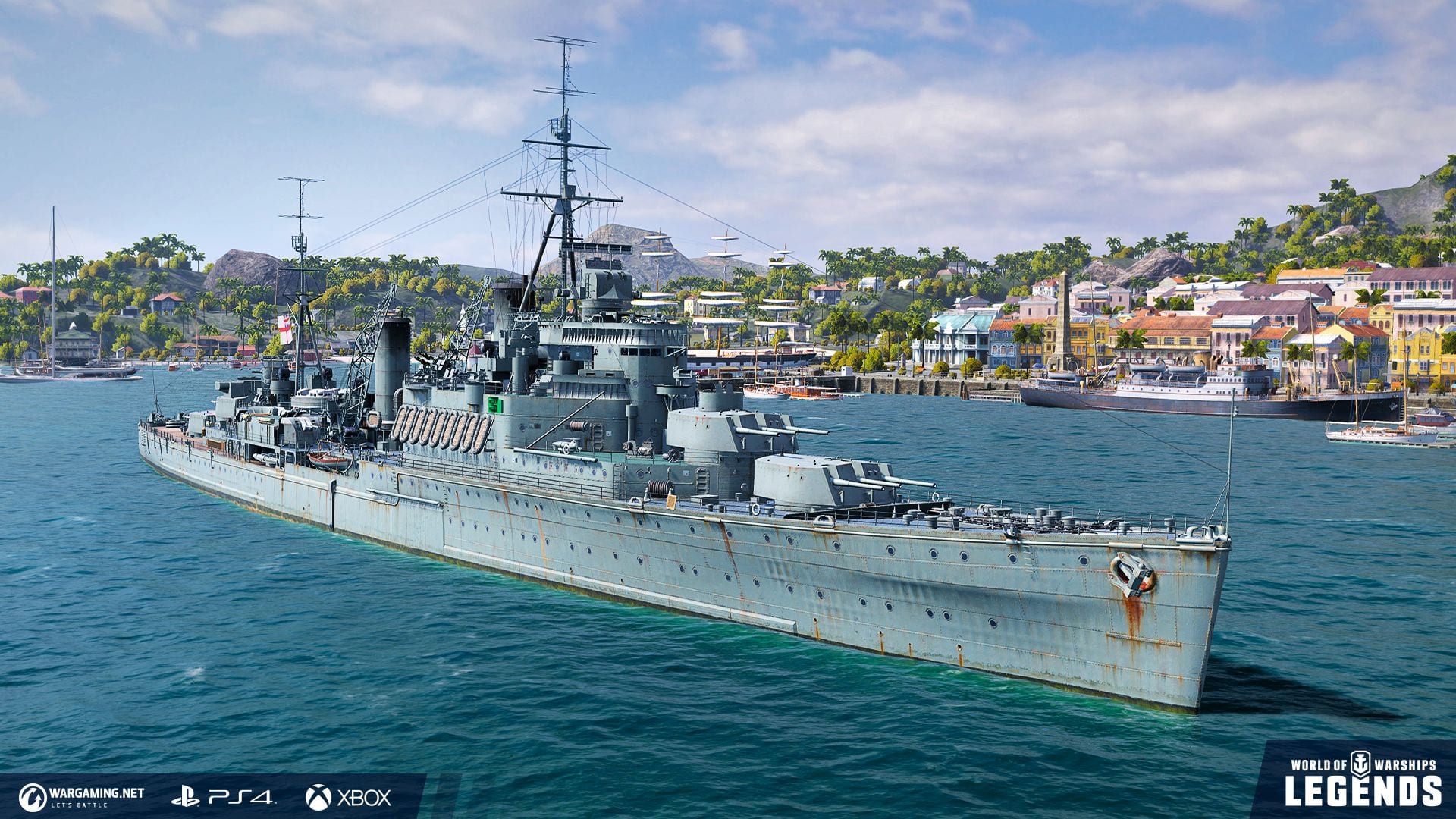 Giuseppe: Will the British cruisers play in a similar way in Legends compared to World of Warships on PC? I feel they require a bit more of a tactical approach to play efficiently on PC compared to many other cruisers.

Filipp Glushakov: Very much so. Since they already had their “traits” worked out really well in our “big brother” it only made sense to make use of them, adapting to our shorter ranges along the way.

Giuseppe: What do you think they add to the current lineup in Legends?

Filipp Glushakov: Definitely variety because they are as far from bread as they are from butter, it’s more of a marmite reduction with tea leaves (forgive my food metaphors), meaning that any of the new cruisers are going to feel way different to our players, which is the purpose!

Giuseppe: One element I found rather interesting is the implementation Belfast in Legends, considering that you can’t currently get her on PC supposedly because she was overpowered. Can you talk about the reasons behind her implementation and her balancing?

Filipp Glushakov:  So far we’ve done an alright job of not overpowering the iconic ships that appeared in the PC WoWs. And we’ve tried to reign in such ship with the explicit purpose of not making them “one and gone,” as in they will always make more than a singular appearance, and that should not break the game.

Belfast is going to have a pretty high skill floor with great performance while led by a great captain, but just like the rest of the Brits, it’ll take some time and perhaps some trial and error before she fulfills her potential in the hands of an average player.

But that combo makes her all that more fun in our eyes, as it simply brings more satisfaction once you feel like you’re on a cusp of reaching that flow state with this ship.

World of Warships: Legends is avilable on PS4 and Xbox One. The update releases on Feb. 3.