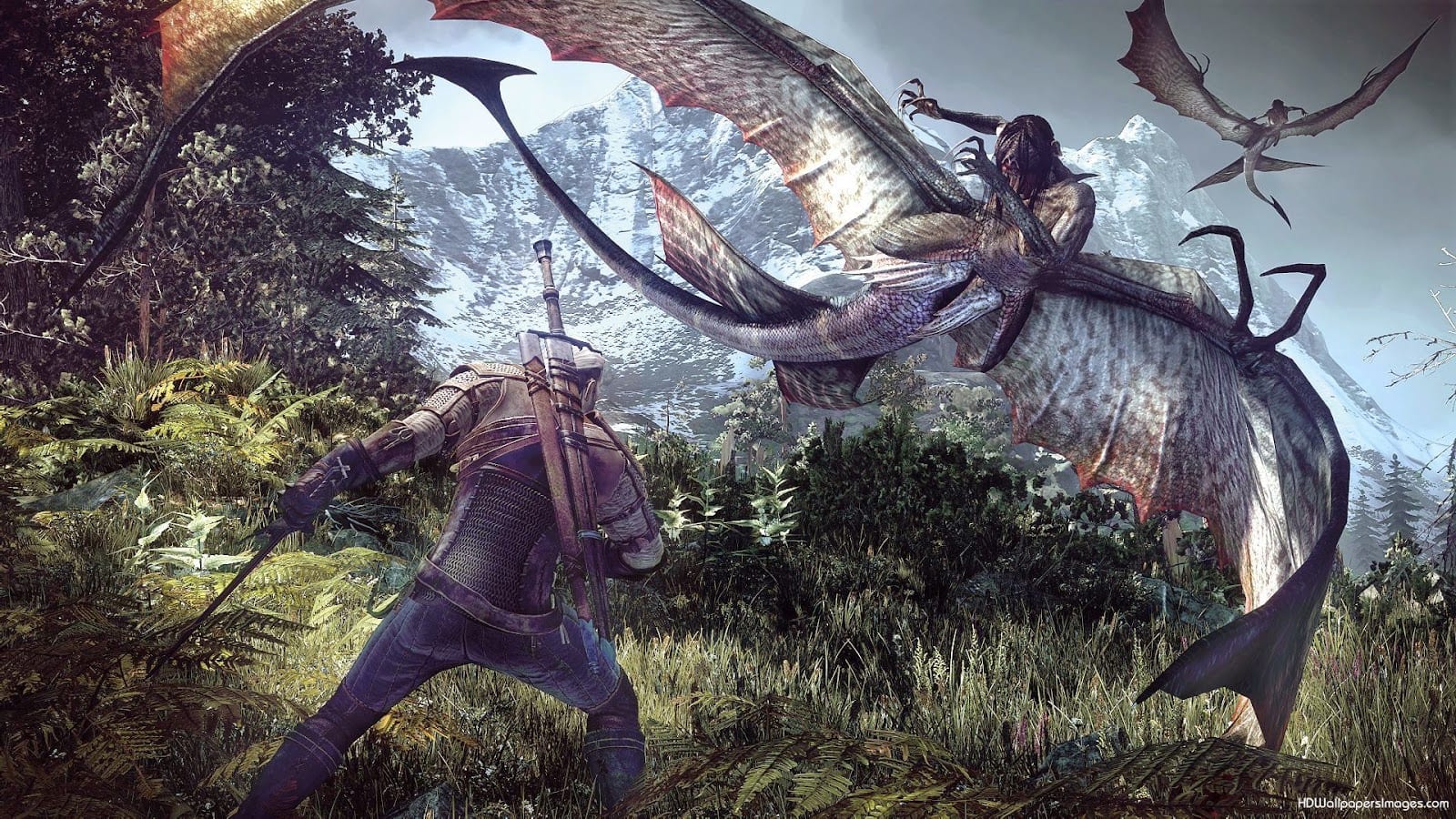 Exploring Elven ruins with the saucy Keira Metz. Trudging through Velen’s swampy No Man’s Land on the tail of nefarious Witches. Occasionally resting up in rickety old taverns to play a round of Gwent. Ah, I’m back in my happy place: Just like so many others in recent weeks, fresh from watching Netflix’s The Witcher adaptation, I’ve started a new playthrough of The Witcher 3: Wild Hunt.

It’s not the first time, mind. I’ve dabbled once or twice since beating the game years ago. But this time I’m back for the long haul. It has its hooks in me again; I find myself daydreaming about exploring its gorgeous and deeply atmospheric world whenever there’s a quiet moment.

One major issue I’ve been reminded of over the past few days, however, is just how intrusive its mini-map is. Mini-maps, in general, are terrible things for the way they distract players’ attention away from the action on-screen, but the density of The Witcher 3’s sandbox exacerbates the problem even more than in other games.

With so many trees and shrubs, busy streets and narrow alleyways, it’s just far too tempting to navigate entirely by looking at the clear little map in the corner of the screen. Particularly so, when there’s a yellow waypoint and a dotted line leading you toward your objective.

I’m a repeat offender, obviously, which is why I’m so worked up about it. The citizens of the Continent must hate me for smashing into them so many times as I barrel toward my objectives, nose firmly in the mini-map and not on what’s in front of me.

Roach isn’t pleased, either — when he’s not being charged into trees or thrown off cliffs he’s often forced to run hopelessly on the spot for seconds at a time as he clips into those invisible walls that seem to crop up when you go on cross-country gallops.

There’s a way to stop all this madness, though, and actually start truly appreciating the beauty of The Witcher 3, to acquaint yourself with its sandbox properly and get a whole new perspective on the game: turn the damn thing off.

Of course, I’ve known about the Witcher 3’s HUD configuration even from the very time I played it. You probably do too. Shrinking the HUD size and getting rid of the action log are must-do features I’ve made use of in the past. You can also remove the mini-map’s dotted objective lines, too, as well as quest objectives. But that’s just dipping your toes in; it needs to go completely.

Doing so does make playing The Witcher 3 much more arduous, though. You’re constantly forced to bring up the full map to reorient yourself when traveling long distances, and you’ll often be frustrated looking for objectives that I suspect aren’t really designed to be seen without the mini-map.

But I promise it’s worth it. I’ve put about 15 hours into the game since reinstalling and I think I’ve seen more than in the 150 hours I spent with it four or so years ago.

It gets even better if you’re playing on PC, too, just as I am. The Witcher 3 doesn’t have any major mods, but there are a few very good ones out there that tweak the experience for the better. One, called Friendly HUD, swaps out the mini-map for an on-screen waypoint that appears when using your Witcher senses.

This, by far, is the best solution, canceling the need to flick back and forth between the full map but providing direction without ruining immersion. You can even choose different waypoint styles according to preference, too.

The mod has totally transformed the experience, allowing me to keep my eyes where they should be looking and not glued to the corner of the screen. If you have the option, I cannot recommend it enough. Friendly HUD isn’t all that hard to install and there’s plenty of support over on Nexus Mods if you get stuck.

Even for those console players, the benefits of removing the mini-map still far outweigh the bother of having to bring up the map all the time. I know this because I only recently discovered the aforementioned mod; I’d spent a good portion already just experimenting with turning it off.

As I’ve gushed about many times before, The Witcher 3’s open-world is perhaps the most authenticly detailed ever conceived in video games. The effort that has gone into its architecture is absolutely breathtaking and there’s just so much to discover even if you’ve played countless hours, so much is the extent of its scale and nuance.

Unfortunately, I’m sure that many of us are missing out on truly taking it all in. We’ve been spending far too much time looking at that damn mini-map.

Yes, it’s sometimes strenuous and frustrating not having the mini-map, but the difference it makes to exploration and immersion cannot be overstated. If you’re one of the many new players enjoying the game in recent weeks then hopefully you’ll avoid the same mistake, or if you’re returning veteran than I encourage you to experiment.