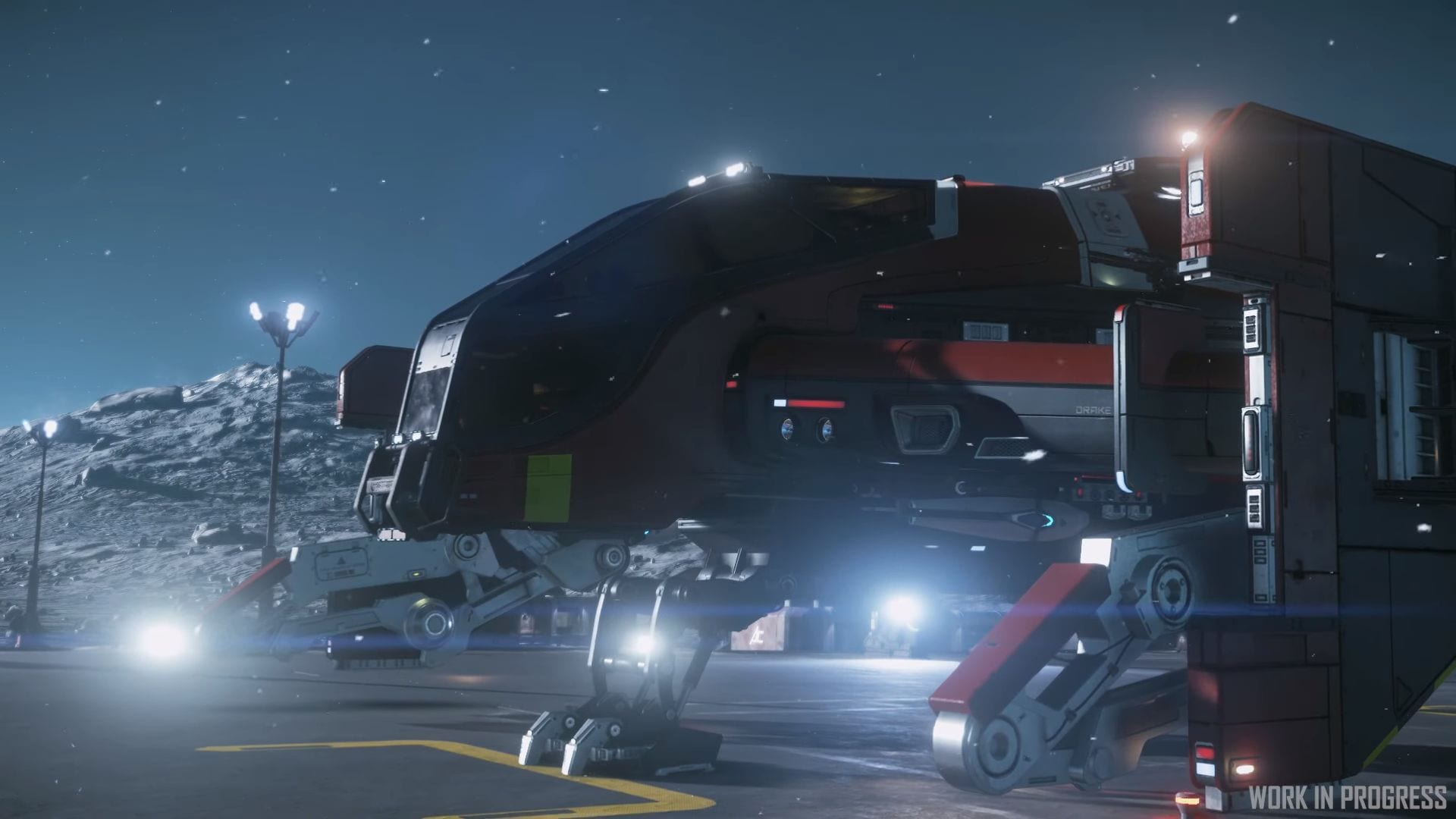 The main dish of the video is the Drake Cutlass Red, a variant of the Cutlass dedicated to search and rescue. Basically, it’s your friendly neighborhood space ambulance.

It’s coming on alpha 3.81 that should be out of the door soon, and it lets you take advantage of the first iteration of medical gameplay, including the healing of wounds and respawning on the ship.

If you want to learn more, you can check out our dedicated interview with vehicle pipeline director John Crewe. You can also find three screenshots at the bottom of the post.

And yes, it has ambulance-style lights.

The second element featured is the creation of the moons orbiting around the new planet, Microtech. Named Clio, Euterpe, and Calliope, which include large bodies of water, both liquid and frozen.

With the implementation of the Cutlass Red, I wouldn’t be surprised if it passed 265 million really soon.

The number of registered accounts has also grown beyond 2.5 million, and more precisely it’s at 2,510,694. As usual, it’s known that not all of them are paying players. The number includes free accounts created for a variety of reasons.

If you want to learn more about Star Citizen you can read about the recent release of alpha 3.8, which brought plenty of new features and content into the game. You can also take a look at a recent trailer for the game’s single-player component, Squadron 42, which was released on Christmas.