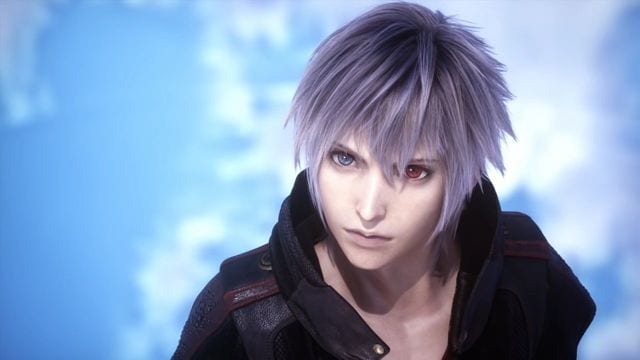 Kingdom Hearts 3 ReMind has shown, once again, that we’re all just on Tetsuya Nomura’s wild ride. Before we go on, it needs to be said that there are MAJOR SPOILERS ahead for ReMind, so read ahead at your own risk.

In the Toy Box world of Kingdom Hearts 3 we were introduced to Verum Rex, a suspiciously Final Fantasy-esque video game in the Toy Story world. As it turns out, Verum Rex and its main hero Yozora might be a lot more important than we thought.

The secret movie of the base game has Sora dropped into the heart of Shibuya, while the Secret Episode of ReMind has you coming face-to-face with Yozora in the game’s toughest boss battle.

Even more interesting, however, is the incredible similarity the scenes in the Secret Episode beat to Final Fantasy Versus XIII, the troubled project that eventually morphed into Final Fantasy XV.

By all accounts, it seems like Nomura might be returning to some of those ideas, and we’ll go over the similarities. Beating Yozora or losing to him launches into a short cutscene, with Yozora waking up in a car.

This scene is exactly ripped out of the 2011 Versus XIII’s trailer; you can see it right at the start of the trailer. For comparison here are a few shots. Keep in mind the “bad” and “good” cutscenes are slightly different in ReMind, but basically the good scene just adds a tiny bit more.

Both scenes start with the driver waking up the character, in the case of Noctis by saying Your Highness, and with Yozora saying Commander.

Presumably the scene in ReMind takes place in Tokyo, or at least the version of Tokyo seen in the secret ending of the main game.

Outside of the visual and clothing similarities between Yozora and Noctis, there’s actually another interesting physical similarity; eye color.

Yozora has one blue eye and one red eye, which coincidentally matches the two different eye colors of Noctis. Noctis’ eyes are naturally blue, but when he summons an Astral or channels their power his eyes turn red. This is something seen in both the trailer for Versus XIII, and in Final Fantasy XV.

The two character’s swords even bear a resemblance, both in shape and use. Noctis’ engine blade originally looked like it could be revved up to cause extra damage or a burst, and similarly, Yozora’s sword can be activated with red energy.

Versus XIII was originally directed by Tetsuya Nomura, and the overlayed text in trailers certainly bears a striking resemblance to the text used at the start of the first Kingdom Hearts. The end of ReMind also calls back to that game with Yozora saying “I’ve been having these weird dreams lately,” just like Sora does in Kingdom Hearts.

What all of this means, we don’t know. Is Nomura bringing back the Versus XIII concept for a new game? Was Versus XIII always supposed to tie in with Kingdom Hearts?

Only time will reveal the master plan of Tetsuya Nomura.