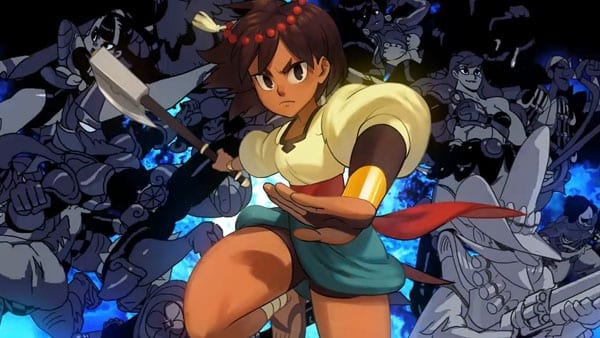 When we last left the Xbox Game Pass, we learned that Children of Morta, Gris, and A Plague Tale: Innocence would be added at unspecified dates. Today, we know what the (probable) last Game Pass games of January are, and more importantly, when they will be available for download.

January 23rd also marks the date Xbox Game Pass subscribers can download Indivisible, a hand-drawn RPG developed by the team behind Skullgirls. In Indivisible, players control Ajna and a host of colorful and quirky characters in a quest to save the world that combines turn-based RPG combat with fighting game mechanics.

On January 30th, two more games will be introduced to Xbox Game Pass, the first of which is Sea Salt. A unique take on Lovecraftian horror, this pixel strategy game tasks players with leading eldritch, unknowable forces against humanity in a quest to claim sacrifices owed from negligent worshipers.

The other game that lands on January 30th is Fishing Sim World: Pro Tour. As the name suggests, it is a simulator game that provides all the fun and excitement of fishing without having to deal with spearing worms on hooks or worrying about losing your prized lures to snagged lines.

All the games coming to Xbox Game Pass will be available on console and PC. The Game Pass subscription is currently $9.99 a month for Xbox One, $14.99 quarterly for PC, and $14.99 a month for both. But, a third option also comes with Xbox Live Gold, which lets subscribers play multiplayer titles and take advantage of Deals with Gold and Games with Gold.

Plus, first-time subscribers can get their first three months on PC for as low as $1. As for Game Pass Ultimate first timers, they can subscribe for one month and pay only $1.

Stick with Twinfinite for the latest news on Xbox Game Pass, Deals with Gold, and Games with Gold