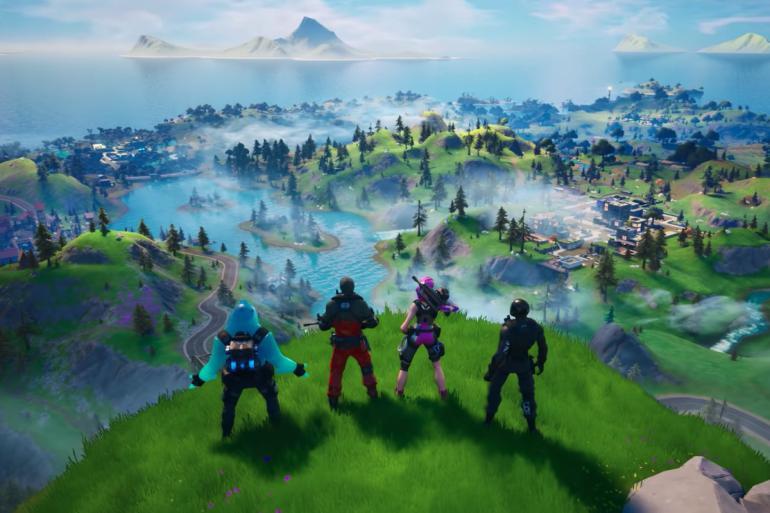 This Fortnite Telescope, Television and Telephone Pole guide will talk you through where to find each of these items so you can destroy them for the Cameo vs. Chic Overtime Mission.

Fortnite’s Cameo vs. Chic Overtime Mission has finally arrived and players now have something else to work towards. To fully complete the mission, players will need to ‘Destroy a Telescope, Television, and Telephone Pole.’ If you’re struggling to find any of these, we’re here to help you out.

It turns out that telescopes are actually pretty difficulty to find in Fortnite. There are five that we’ve managed to find on our search around the island that we’ve marked on the map below.

If you’re looking for some more specifics, we’ve broken these five locations down separately below.

On the west side of this very same island where we found that first telescope, you’ll find another hiding away in a bush.

Head to the house in the southeast corner of Holly Hedges. Head inside to find a gnome peering down the telescope in the window.

Head to the yellow house in the very northwest corner of Lazy Lake to find a telescope sitting on the flat roof out the front of the building.

Just east of Lazy Lake, you’ll find a bunch of camping and adventure gear on the floor. Across from this is a small hut with another telescope inside.

Look for the pale blue swirl to the west of Slurpy Swamp on your map. Just a bit further west of it, you’ll find a blue container with a telescope sat on top.

It’s worth noting there are other telescopes on the map, but we’ve just not found them yet. You only need to destroy one to complete this challenge anyway.

That being said, if you head to any of the locations we’ve listed and the telescope is no longer there, it could be that another player has destroyed it before you in that game. You’ll just need to keep trying until you smash one to pieces.

Where to Find and Destroy Televsisions in Fortnite

Your best bet to find televisions in Fortnite is to head to any of the named locations that have houses. Any of the ones we’ve noted down below will do:

Where to Destroy Telephone Poles

Telephone Poles are incredibly easy to find in Fortnite. You’re looking out for these tall wooden posts that can often be found at the side of the roads running across the island.

That’s everything you need to know on how to destroy a telescope, television, and telephone pole quickly in Fortnite for the Cameo vs. Chic Mission.

You can head over to our guide wiki for more on Fortnite Chapter 2 Season 1, or you can check out more of our Overtime Challenge guides below.