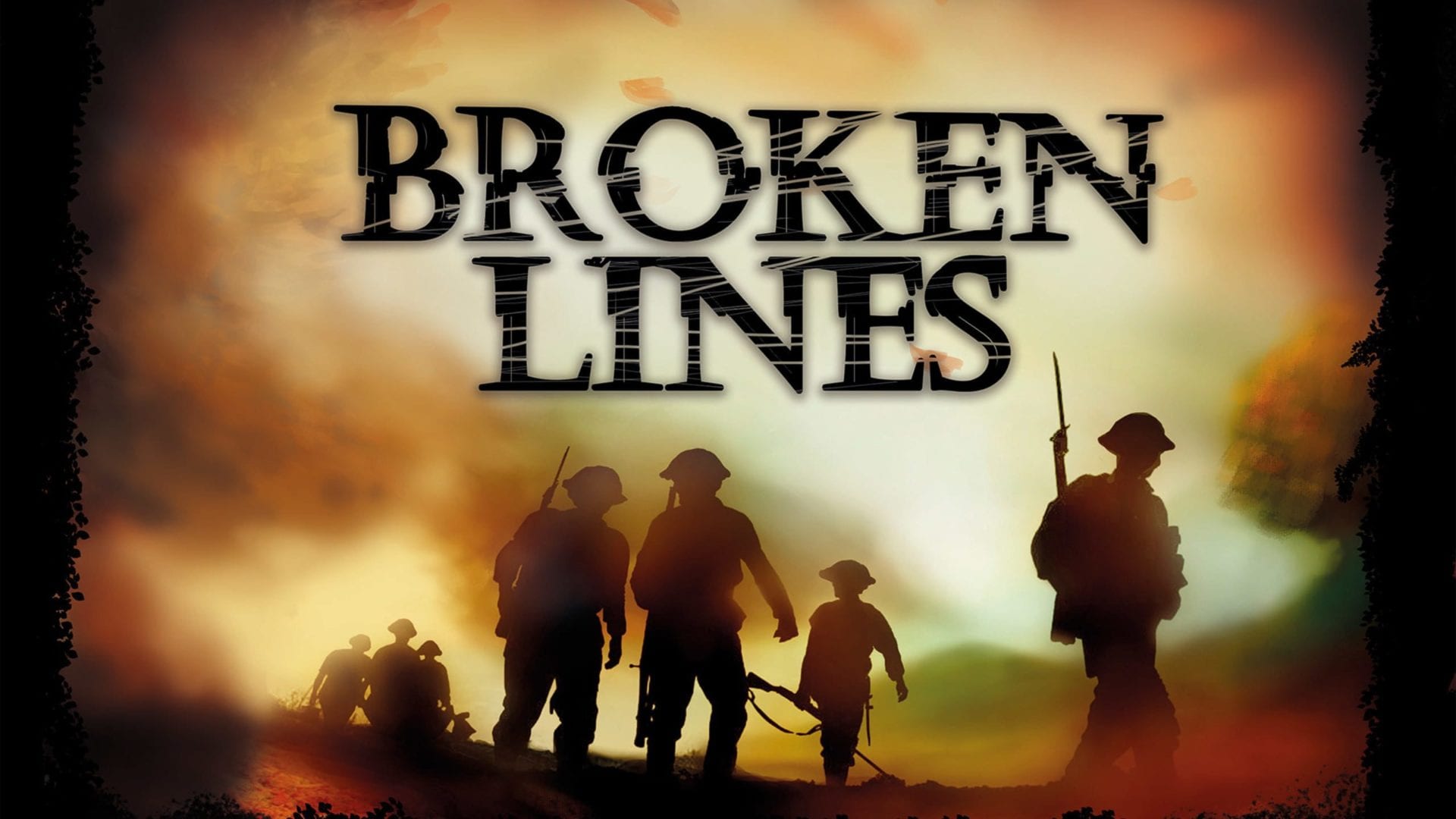 For three years, developer PortaPlay has been busily crafting its debut tactical-RPG Broken Lines. Set in an alternate history World War II scenario in which British soldiers find themselves stuck behind German lines on the eastern front, it’s a game that seeks to tests its players through both punishing gameplay and impactful storytelling equally.

PortaPlay’s 10-man strong team are all history fanatics and military enthusiasts. Their passion for exploring the tough psychological challenges faced by soldiers on the battlefield is something they’ve focused the entire project around.

I wanted to get a flavor for how they’ve approached that mandate and what difficulties they’ve encountered in implementing features like permadeath with such a story-focused project, and how development is coming along for both Nintendo Switch and PC versions of the game. Here’s what Broken Lines’ creative director Hans von Knut Skovfoged had to say.

Senior Editor Alex Gibson: Could you talk a little about the conceptualization of Broken Lines’ alternate history story? How did you settle on the idea of British soldiers stuck behind enemy lines and what sort of historical research was conducted (if any) to ground the story in historical events?

Broken Lines’ Creative Director, Hans von Knut Skovfoged: We developed the story and the gameplay concept at the same time. As we believe both help add to the other, e.g. we knew that we wanted to do something “Frozen Synapse- like” but more streamlined, user-friendly and faster to play.

We also knew that we wanted to do a game with a different mood than the classic WWII games taking place in Western Europe or the Pacific.

So we chose an Eastern European setting, which we really love, and combined it with inspiration from comic books like Hellboy and The Light Brigade (illustrated by Peter Snejbjerg, who is also the artist for all the characters and cutscenes in Broken Lines), but we quickly dialed down on the “alien tentacles”.

We also quickly cut our original idea about you controlling an officer, who is managing a squad, and slowly going mad from fighting an unknown enemy and losing his men.

Instead, we shifted focus to the people at war – and the dilemmas they face.
Soldiers fighting for good, ready to do everything it takes to fulfill their mission, without questioning their “righteous purpose” and cowards who only wants to save themselves – not wanting to sacrifice anything for anyone else.

Can you unite them? Who do you agree with? And which of the groups might end up doing the most harm?

So even though it is a game that takes place during a war, in its core, it is a game about what people do to pursue honor and/or survive – and how they justify it. A game not about war, but about people at war.

The “non-distinct Eastern European setting” is for grounding the British soldiers, it’s somewhere foreign – and not a classical WWII stage. And which might or might not be neutral territory. The geography and architecture is very inspired by Romania though.

Alex: Do you have a dedicated writer/writing team, or has the narrative been written by the developers themselves? Have you spoken with any military experts or veterans when writing this story?

Hans von Knut Skovfoged: As a team, we are experienced with story-driven games. We have had an internal dialogue and event writer on board for the last 18 months, and have also been helped by some external story consultants (e.g. Morten Brunbjerg, writer on Forgotten Anne, the Hitman series etc.).

We have not had any military consultants on board. But we are all long-time wargamers and have read a lot of books on the subject- both about general warfare and a lot of biographies and personal accounts from WWII soldiers. Books like “War Games: The Psychology of Combat” and YouTube channels like LindyBeige have been especially inspiring.

Alex: How difficult was it to weave a compelling story into a game with permadeath? What sort of challenges does that present?

Hans von Knut Skovfoged: A lot of our text events are “personal”. Meaning that it takes place between two specific soldiers. So to pull off that combination, we had to make a lot of “extra text events” and make a detailed (and giant) “plan” to make sure we could still control who said what and when – as your soldiers started dying on you – but we still had to tell the story.

This also means that some events might seem “random”, when in fact, there is a very elaborate plan, where all events have prerequisites and are triggered by your previous actions, levels completed, events experienced, choices taken, and active soldiers.

But as our game is a bit Rogue-inspired, we wanted a high replay value. So for us it is an advantage – not a problem, that there are stories the player might miss on their first playthrough, but discover on the second.

Alex: Your Steam page recalls the occasion when you used an actual sandbox to design one of the game’s maps. Could you elaborate on this unusual technique and why it was implemented?

We do all of our 3D level design “by hand”. Meaning that all of our levels are 100% handcrafted – and that we try to create a “realistic landscape” first, then adapt it to gameplay.

So we want the levels and terrain to be plausible. A village will be placed near a river, a path will go where people walking to the village would usually walk etc.

To get this right, we either often model it in “sticky sand”/”kinetic sand” first (sand mixed with starch), then 3D scan it with a  video app, or find real landscapes, then digitize them into heightmaps. These 3D models we then modify heavily and texture paint + dress with foliage in the level editor, before making gameplay for them.

It is a little bit “backwards” in regards to how other companies do it They usually “whitebox” the levels first (build with blocks), then gameplay test, then transform them into something more “natural”. But we feel it’s important to make our games more grounded in reality.

Alex: How many players have you had in the closed beta and what has the response been like so far? How has the community’s response helped shape the game? Has it just been a case of bug fixing or have elements of the game’s design been altered after player feedback?

Hans von Knut Skovfoged: From day 1 of development, we have had a dogma about a minimum one test per week, with a person who has never tried the game. We have almost kept this promise (hard to pull off during vacations…).

This also means that our game has been pretty bug-free during the development – as we have found and fixed most of the issues, ad-hoc.
In the beta process, we have had around 300 testers playing the game. At that point, it was pretty “complete” and playable.

The beta tests have thus have been mostly focussed on gameplay balancing, the feeling of progression, the communication of the story, characters and atmosphere, etc. So, we’ve focused very much on the “360 experience” – the experience of the “sum of all the parts in the game”.

Alex: Why did the team at Portaplay choose to launch Broken Lines on Switch as opposed to other popular consoles like PS4 and Xbox One?

Hans von Knut Skovfoged: To many people’s surprise, the Switch has quickly become a “mature console”, with a typical ownership age of 25+.

As our game is made specifically for a bit more mature and players that enjoy slower-paced titles, and as there are not that many tactical games on the Switch, it was an obvious match. We do plan on porting it to PS and Xbox eventually though – and hopefully also tablets.

Alex: What has the process been like developing for Nintendo Switch? Have you encountered any difficulties adapting the game to the hardware?

Well, we made some “stupid errors” in the PC version, which we first discovered when starting the port, e.g. like loading our database with all events, weapons, abilities, etc. when the game started.

Which was fine for PC, but for Switch, it also meant that the game started loading ALL assets in the game – when you launched it. Which of course flooded the more limited memory of the Switch. But that was our own fault – you live and learn 🙂

Apart from that, we have had some tough decisions due to hardware limitations. For example, we have to limit the camera to only “point down” on the Switch version. This is identical to how it is in almost all other tactical games, even on PC, but it meant we don’t have a way for Switch players to see our beautiful skybox and distant mountains 🙂

Alex: Are there plans to release the game on PS4 and Xbox One later down the line?

Yes – we are looking into it. We can’t reveal anything about it at this point though.

That concludes our interview with PortaPlay. To keep up with the latest on Broken Lines, keep it tuned to Twinfinite or over to Broken Lines’ Steam page. For those that haven’t already seen Broken Lines’ recent trailer below.