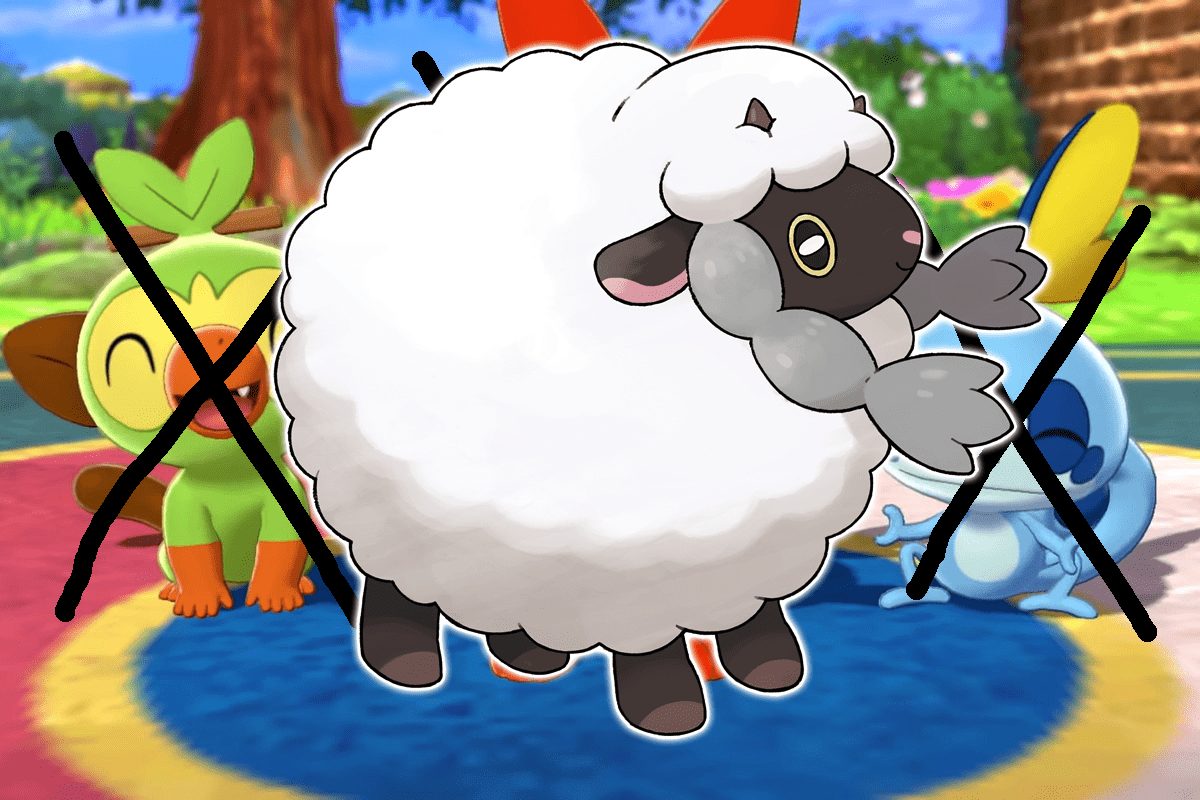 Someone actually did it. A Pokemon Sword and Shield player has done the one thing that everybody secretly wishes they could do but doesn’t have the guts to actually go through with it. Reddit user, TheyTellMeItRained, has beaten the entirety of the game with just one Pokemon –the best Pokemon if you ask me– and that ‘mon is none other than Wooloo.

They managed to get through all eight gym leaders and defeat every combatant of the Champion Cup, including Leon’s Gigantamax’d Charizard, with just a Wooloo named Ares (God of Wool?).

TheyTellMeItRained –we’ll call them the Wooloo Master– mentions in their Reddit thread that the hardest part of the journey was getting through the double battles that take place in the eighth gym with Raihan.

Since the double battles in the gym require you to have two healthy Pokemon, they had to bring in a second Pokemon. To make things fair for his Wooloo run, they brought in a Magikarp that could only use the move Splash so that Wooloo could still kick butt without any help.

And thanks to Raihan’s Gigalith and Duradulon both knowing fighting-type moves (which is Wooloo’s weakness), it took Wooloo Master about seven to eight tries before they could successfully defeat the gym leader.

Another issue that popped up for our dear Wooloo Master was the tough fight against Pier’s Obstagoon because of the move Obstruct, which protects the user from all attacks and lowers the attacker’s defense, leaving Wooloo open for heavy damage.

Wooloo Master got lucky with some critical hits with Double Kick by using some dire hits and eventually beat the Dark-type gym leader.

They also mentioned that they started this Wooloo run with little to no preparation to make the challenge a bit harder:

“I went into this with zero planning or expectations and while I’m sure I didn’t do it the most efficient or optimal way, it was a fun challenge nonetheless. I tried to stay away from X items such as X attack as much as I could because I figured they would probably make the journey much easier, and I wanted a real challenge.”

If you need some proof, check out the final blow that was dealt to Charizard by Wooloo during the last few seconds of the Champion Cup battle:

You can also see Wooloo’s final stats and moves down below, as well as the coveted Galar Champion Ribbon.