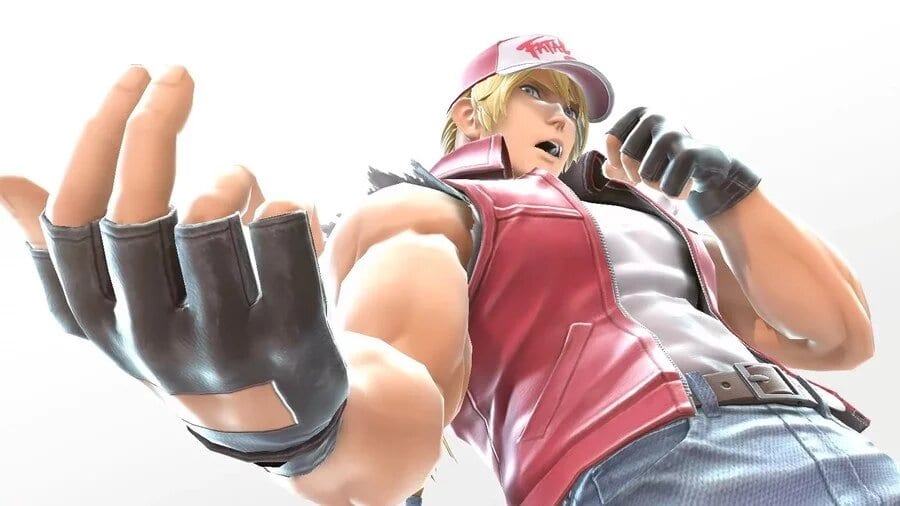 Terry Bogard from Fatal Fury is the latest character to join the absurd roster of Super Smash Bros Ultimate. Once again, Nintendo has done a great job of adapting the character, and we’re here to help give you everything you might need to know. Here’s how to play Terry (moves, strengths, weaknesses, strategies) in Smash Bros Ultimate.

The central conceit with Terry is that a lot of his moves play out like they would in a 2D fighter, like the games he comes from. He does, however, have some of the best comboing abilities in the game, you just need to know how to use him.

Terry is technically a “heavyweight” character but his attacks are quick. He has a huge focus on ground game. All of his attacks, especially Special Attacks, can cause tremendous damage, but a lot of them have tells that aren’t too difficult to read.

In addition, Terry has two additional Super Special Moves that he can use once he’s at 100 percent damage. A “GO” symbol will appear next to your character portrait when these moves are available, but you’ll need to know the inputs, which you can see below.

Neutral Special – Power Wave – Shoots an energy wave that crawls along the ground, and will travel over edges. If done in the air changes to Round Wave that has some decent knockback.

Side Special – Burning Knuckle/ Crack Shoot – Two different commands based on the input. Forward special is Burning Knuckle (↓ ↘ → +) and back special is (↓ ↙ ← +), relative to the direction Terry is facing of course. Doing the input, instead of just a button tap, will cause more damage. Burning Knuckle does between 15-18 percent and launches Terry forward with a punch, while Crash Shot is an arcing kick that does roughly 3-4 percent damage but has good knockback.

Up Special – Rising Tackle – Terry shoots straight up with a spinning kick that has good damage and knockback, but not much recovery. The standard tap version causes 12 percent damage, but if you hold down for a moment before executing, you can increase that damage to 16.

Down Special – Power Dunk – Terry jump up diagonally in the air hitting the enemy with a punch a knee strike, before slamming back to the ground diagonally again. Can be comboed from normal attacks using special plus → ↓ ↘ + which increases damage and makes Terry intangible in the first part.

Buster Wolf – (↓ ↘ → ↓ ↘ → + attack/special or ↓ → ↓ → + attack/special) – Terry charges straight forward with an energy punch. If it hits the enemy it’ll cause a massive explosion that sends enemies flying. Can’t be used in the air.

As you might have figured out, Terry is a character entirely based around damage-dealing and combos. He’s one of the best characters in Smash Bros Ultimate for comboing, due to the fact that you can cancel multiple attacks like Jab, Neutral Air, and Down Air.

When playing Terry you should take advantage of any opening you can find, as the character is built to let you take advantage of small openings. If an opponent drops their guard for a moment dive in and punish them.

Terry’s specials are tremendously powerful, but like we said before they’re fairly easy to read. Because of this you shouldn’t overly used them, but instead try and loop them into combos with standard attacks, to try and keep things more unpredictable.

By the same token, Terry’s Super Special attacks can be huge tide-turners, but also a bit predictable. Be careful of when you use them as you’ll already be at 100 percent damage, so leaving yourself open could be fatal.

If you really want to double down on playing Terry, take some time to go into training mode and practice using inputs for specials. You can get great damage boosts by using inputs instead of just button taps, as Terry is designed around the idea of him coming from classic fighting games.

As a final tip, we’ve kind of said so already, but try and keep the fight on the ground when you can. Terry’s ground game is one of the best out of the entire roster, so if your opponent takes to the air a lot try and use attacks or specials to slam them back down.

We also have plenty of other characters guides like Joker, Hero, and Banjo.