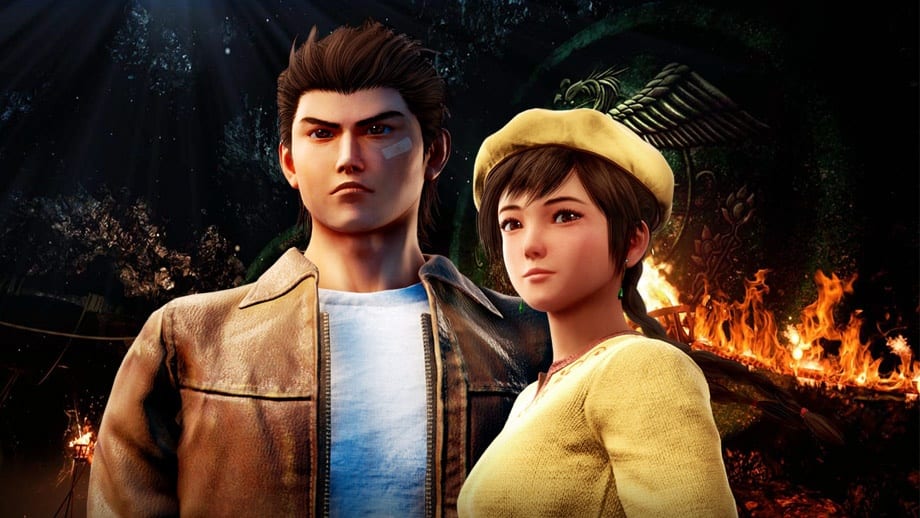 18 years. That’s the amount of time between the release of Shenmue 2 and Shenmue 3. An entire generation of video game fans that weren’t even alive when Shenmue was a thing. Despite everything, Shenmue managed to return with a third game, but how does a Shenmue game work in the modern landscape? Well, the answer is pretty much just like the last two games worked, for better and for worse.

After playing roughly four hours of Shenmue 3, I’m utterly amazed at how like the past two games it feels. It feels like a game that easily could have released 18 years ago, modern graphics aside.

Shenmue 3 picks up exactly where the second game left off, with Ryo and Shenhua discovering a massive mural of the Dragon and Phoenix mirrors in a cave.

It’s clear that Yu Suzuki and Ys Net wanted to completely emulate the experience of the original Shenmue games, and I mean completely.

The original voice actors return, including Ryo’s, and dialogue feels just as stilted and awkward as ever. Ryo still has a wooden seriousness, but this time the tone and intention is cleary intentional.

It’s “bad” but it’s charming in a B-movie kind of way. That charm applies across the game to its systems, which are also rough around the edges, just like the original.

The main crux of Shenmue 3, at least the parts I’ve played, is wandering around Bailu Village and trying to find out what happend to Shenhua’s father, which in turn will lead to Ryo getting more info on how to find Lan Di.

It’s an open environment that lets you roam around wherever you want, and there’s huge emphasis on discovery. Shenmue 3 doesn’t hold your hand, and often doesn’t give you much indication on where to find someone or where to go next.

It’s up to you to explore and find these things out or yourself. As you explore you’ll find more things to do around the village. A little gambling center lets you play minigames like turtle races, Lucky Hit, dice, and more.

You can head to the store and chop firewood to make money, or train at the Martial Hall to increase your Attack, Endurance, and Kung Fu.

While I can deal with most of the archaic design of Shenmue 3, combat is the one area that I really wish they had improved on if nothing else.

Combat feels remarkably similar to the past games with you executing combos with the face buttons, using special moves, and blocking enemy attacks. The problem is that it all feels just as imprecise and unwieldy as 18 years ago.

Obviously, combat isn’t the focus of Shenmue but I’d still like a more robust and intuitive combat system. Even the game’s combat tutorial tells you to just press buttons.

There’s so much about Shenmue 3 that just feels so close to the original games; from the stiff way Ryo moves, to the way you can examine practically every drawer in Shenhua’s house.

And yet, I like it. The world feels colorful and charming, the music is absolutely delightful, and it’s calming, in a way.

Shenmue 3, like its predecessors, is a slow-paced almost meditative experience, and I have to say that’s refreshing. This year has been packed with bombastic AAA games that throw action at you left and right.

Shenmue 3 isn’t that. Hell, I didn’t even get in combat until I played for almost two hours. There’s no rush to get things done, no waypoint markers, no checklist of open world tasks to get done. You just go at your own pace.

Yes a lot of it is tedious, but tedium was always an essential part of Shenmue. In every way possible Ys Net has created a game completely authentic to the original experience of Shenmue.

Basically, Shenmue 3 doesn’t do all that much different from the past games, but maybe it doesn’t really need to. Just getting to continue the story of Ryo and live in that world again might be enough.

Keep an eye out in the coming days for our full review of Shenmue 3.