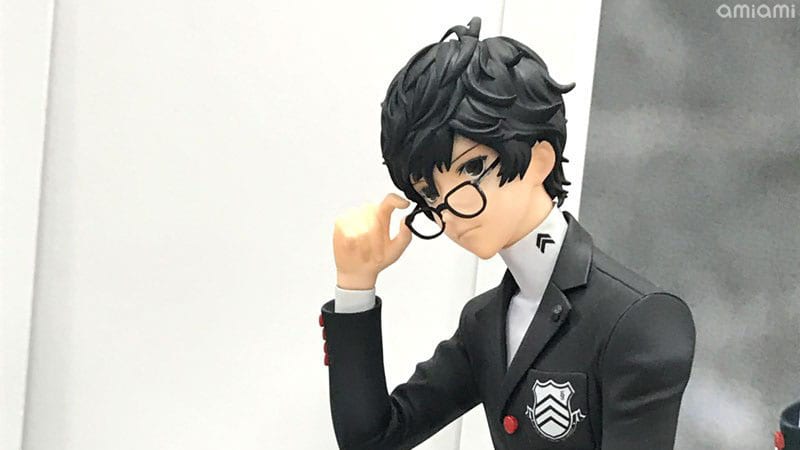 Japanese events dedicated to figures are always a  source of charming reveals for models portraying characters from popular games.

The Miyazawa Mokei Fall Exhibition 2019 is no exception.

Below you can find plenty of lovely figures tweeted by Japanese retailer AmiAmi.

Do keep in mind that many are unpainted prototypes. Of course the finished product will be painted.

Let’s start with a massive 1/4 scale Duke of York figure from Azur Lane by Tokyo Figure.

This isn’t the only reveal for the popular shipgirl-focused game, whic is also getting a Le Malin figure by Mimeyoi. If she doesn’t ring a bell, it’s because she hasn’t been released on the English servers just yet.

In this case, we only get the announcement, as the prototype isn’t ready just yet.

For Persona 5 fans, here’s a new look at the 1/7 figure of the hero from Persona 5, coming from Souyukosha.

Senran Kagura fans may have been a bit under the weather lately, but this 1/7 figure portraying Yumi from Burst Re:Newal by Bellfine might help them feel better.

Moving on to the inevitable Fate figure, we get a 1/7 Nero Claudio from Fate/Extella Link by QuesQ.

We already saw the Edelgard figma from Fire Emblem: Three Houses, but today we get to take a look at the painted prototype.

Until now, we only saw CG mockups of the Koubu Kai HG models by Bandai from Sakura Wars 2, but today we get to see the real thing.

Last, but not least, a couple of figures from THE [email protected] Cinderella Girls from AmiAmi itself.