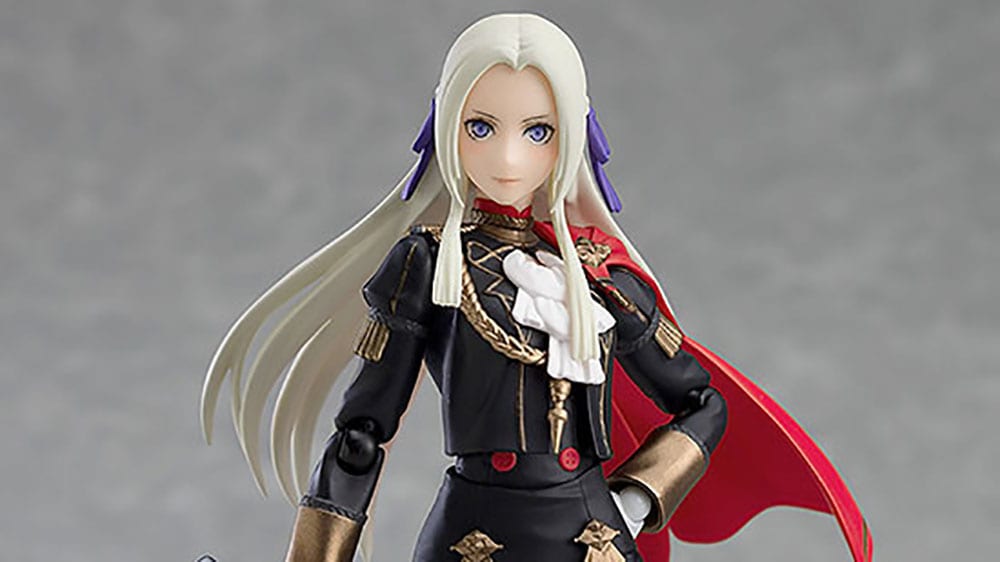 If you’re a fan of Fire Emblem: Three Houses Good Smile Company has a treat coming for you in the form of a figma portraying fan-favorite waifu Edelgard von Hresvelg.

If you’re unfamiliar with the “figma” concept, it’s a popular action figure brand by Good Smile Company that has become so widespread that many use it as a synonimous for “Japanese action figure.”

This particular one releases in July 2020 and pre-orders are already available on Ami Ami priced at 7,300 yen. That translates approximately into $77.

She is roughly 145 mm tall, and she is sculpted by Jun Yamaoka in collaboration with Masaki Apsy.

“The noble leader of the Black Eagles house.

-The smooth yet posable figma joints allow you to act out a variety of different scenes.
-She comes with two face plates including a smiling face and a shouting face for combat scenes.
-Her Killer Axe and Aymr are included as optional parts.
-An articulated figma stand is included, which allows various poses to be taken.”

Recently we learned that Fire Emblem: Three Houses shipped  2.29 million units as of September 30, 2019, so I have a feeling that this figma will be rather popular.