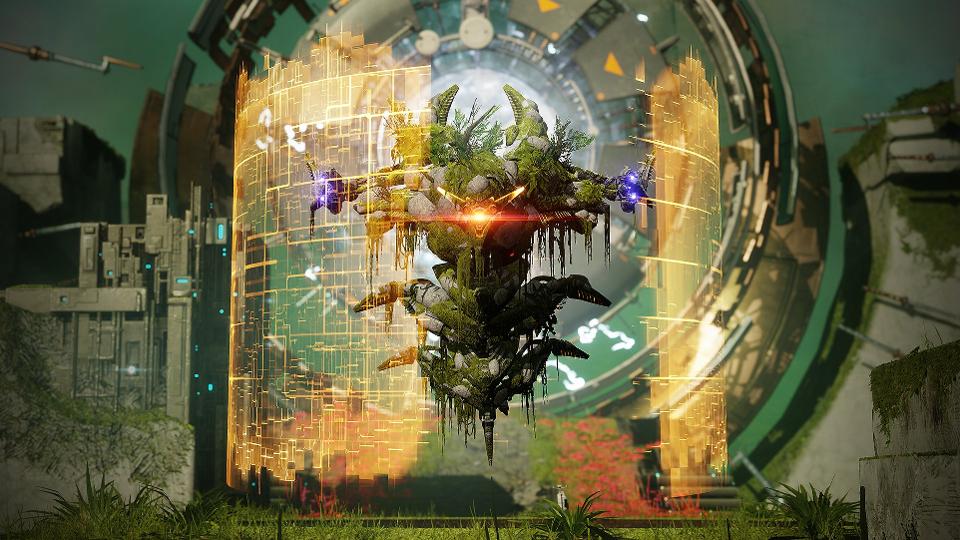 This week, the “Final Assault” of the Vex Offensive on Sol and the Moon finally took place. In a season otherwise pretty jam-packed with fun exotic quests, a new dungeon, and everything else that Shadowkeep brought along with it, the Final Assault was meant to be the cap off before the season transitions in a few weeks into something else.

Oddly enough though, the most uninteresting thing about the Season of the Undying is by far the signature timed activity, the Vex Offensive event. Even the Vex public event on the Moon is more fun and challenging than Vex Offensive.

Vex Offensive is an extremely repetitive activity that doesn’t change at all: you kill a lot of Vex, you kill Oracles, kill more vex, kill more Oracles, fight the same boss, win and then do that over and over until you tire of it.

Although there’s a timer, and you might in theory be able to fail, I’ve never seen it happen, it’s mind-numbingly easy. It’s rewarding in terms of dishing out a lot of decent loot, but that’s about the only nice thing you can say about Vex Offensive.

Many were hoping that the Vex Offensive was just the tune-up for something more interesting that would come via the Final Assault version of this event.

Final Assault is exactly the same thing as Vex Offensive. Same enemies, same oracle round, same so-so loot. The only difference is the final boss is now a giant Hydra from Destiny 1 known as the Undying Mind. A boss that is just as uninteresting as the previous one, and is actually probably easier if anything.

Destiny 2 fans knew for a while now that the Undying Mind would return in Final Assault and many were pumped for a few different reasons.

First, a lot of us assumed that the portal being built behind Ikora Ray would be used (it wasn’t) and that there would maybe be some kind of fight, or at least a cutscene that would take place with the Undying Mind/Vex coming face-to-face with Ikora and the Vanguard in the Tower.

Or in other words, just that something interesting story-wise would happen with that portal and Final Assault.

At the very least though, the more loot-focused players were crossing their fingers that the Undying Mind would bring with it Imago Loop if nothing else.

Imago Loop was an extremely popular and powerful hand cannon that dropped from Destiny 1’s version of the Undying Mind on Nightfall difficulty. It was effectively Fatebringer 2.0, another hand cannon from the Destiny 1 raid Vault of Glass, which is arguably the most popular weapon in Destiny’s history; it’s certainly among the most popular legendaries that’s for sure.

There could be no other new loot, no upping of the difficulty, no other major gameplay changes (all of which happened); if the Undying Mind at least dropped a randomly rolled Imago Loop, I feel pretty confident that the Destiny 2 community would be into Final Assault, forgive the event for everything else and write it off as a net-positive moment in Destiny history.

That didn’t happen, and it’s a shame because Season of the Undying could have really used an interesting send off, and a mad dash to roll as many Imago Loops as you can until you get your god roll before the season ends would have been perfect.

Instead, Final Assault is wholly forgettable, as is the Vex Offensive in general. While Season of the Undying was pretty fun, it wasn’t thanks to Vex Offensive.

Bungie stated that work on the Vex Offensive event began before they could implement feedback from the very well-received Menagerie event from Season of Opulence. It definitely shows. Menagerie is probably the best and most well-designed piece of midcore content in Destiny 2, Vex Offensive can’t hold a candle to it.

Hopefully, for the upcoming seasons Bungie can find a way to spice up the seasonal activity. The core Shadowkeep content like the Garden of Salvation raid and the Nightmare Hunts won’t be able to carry Destiny 2 for a whole year; they need support from the Seasonal Activities to keep things fresh.

While I like the idea of timed and themed seasonal content in Destiny 2 in theory, so far after the first attempt, the execution leaves a lot to be desired.