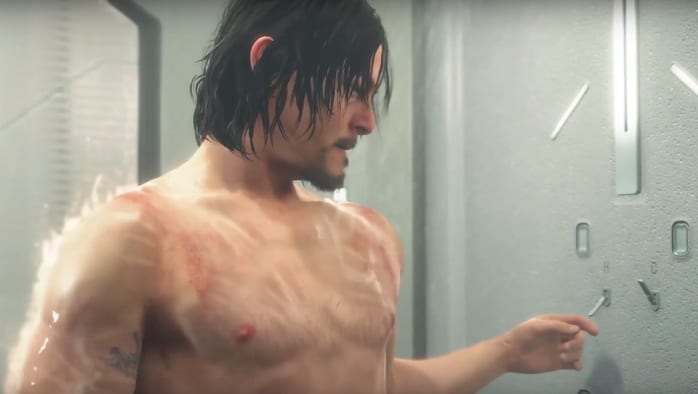 Traversing the world of Death Stranding can be a challenging and grimy ordeal, so you wouldn’t be blamed for wanting to clean yourself off once or twice during the game. That’s why we’re here with a guide on how to take a shower in Death Stranding.

How to Take a Shower in Death Stranding

Though it may sound silly, taking a shower in Death Stranding is a vital gameplay component that grants you some unexpected benefits.

It’s fairly easy to do at several points throughout the game, too. While in any of the main outposts scattered throughout the game’s world, head over to the terminal and activate it. Then, scroll down to the Private Room option and select it.

This will take you to some private quarters where you can rest, recuperate and, yes, rinse yourself off. To enter the shower, simply tilt the right analogue stick to focus the camera on the shower and then press the Triangle button.

You’ll then be treated to a brief cutscene of Sam showering, after which his character model will look a bit cleaner and tidier.

How to Take a Shower in Death Stranding

What You Get for Taking a Shower

Of course, a cleaner character model and a steamy view of Norman Reedus aren’t the only bonus you get for taking a shower in Death Stranding.

You’ll also be granted EX Grenades No. 0, which act as stun grenades against enemies. While not as powerful as some of the other grenades in the game, they’re useful for distracting enemies long enough for you to escape and advance further toward your next objective unharmed.

That should cover everything there is to know about how to take a shower in Death Stranding. For more on the game, check out our guide wiki as well as our guides on hot topics like how to restore stamina and how to trade with porters.