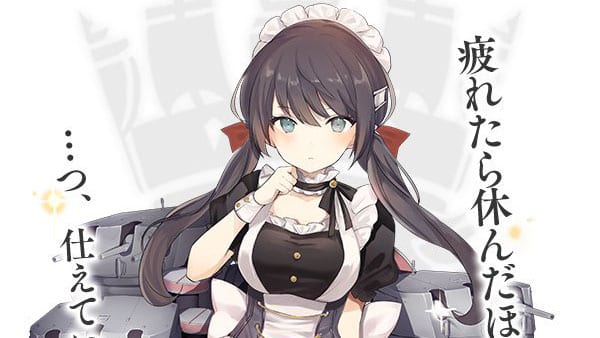 First of all, we’re getting a new shipgirl, Glasgow, a proud member of the Royal Maid Corps of the Royal Navy.

She’s a rare light cruiser, and you can check her out below.

Speaking of Royal Maid Corps, Belfast is also getting a lovely casual skin. For the moment this is confirmed only for the Japanese servers, but it’s very likely to come west as well at some point, if not next week.

Interestingly, we also get the tease of new features coming to the secretary shipgirl screen, which will let you customize her positioning and check out her artwork.

In other Azur Lane news, we get an update from Compile Heart showing the artwork designed for the creation of Taihou, who will become available as DLC.

We learn that a dedicated scenario is also in development.

Quite interestingly, the “DLC 01” label tells me that there’s more DLC incoming.

Azur Lane: Crosswave  has already been released for for PS4 in Japan, and it’s coming to the west next year with a PC version on top.