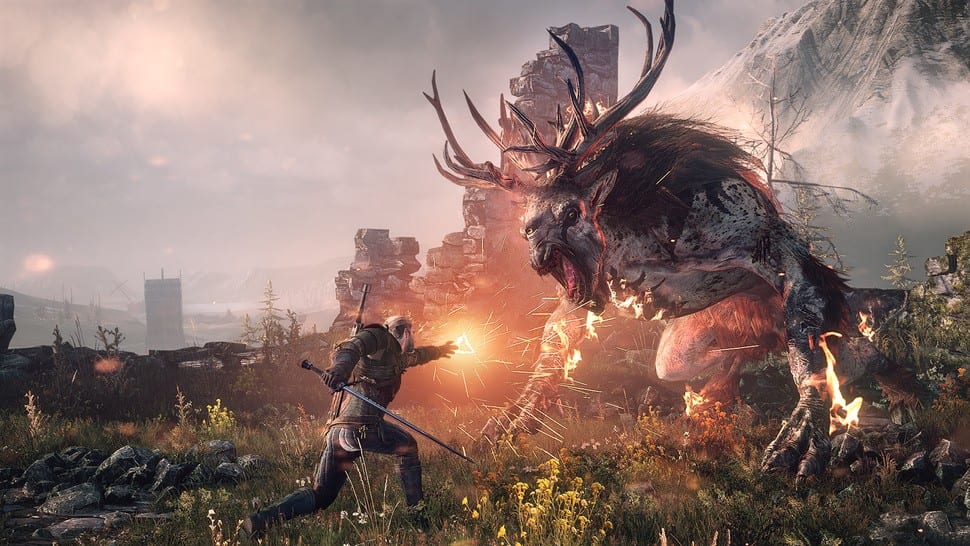 The Witcher 3 takes place in a large open world known only as the Continent, and within it are a few major regions that you can explore during your journey. Here’s how to get to Kaer Morhen in The Witcher 3.

Kaer Morhen is Geralt’s home, and it functions sort of like a fort or a base for his fellow Witchers. While playing through the game, you may come across an armor Scavenger quest for the Wolf set, and it’ll require you to head over to Kaer Morhen.

However, if you haven’t progressed far enough into the story yet, you won’t be able to access this area.

How to Get to Kaer Morhen in The Witcher 3

All you have to do is keep following the main story quests until you’ve completed every main quest in Velen, Skellige, and Novigrad.

That’s a good chunk of story that you have to get to before you can unlock Kaer Morhen, so just play the game slowly at your own pace and you’ll get there naturally.

Just like all other major areas in the game, once you reach Kaer Morhen you can unlock it as a fast travel point and return there anytime you wish.

Aside from that, while you can see the location on your map before completing the necessary main story quests, you won’t be able to physically travel there, so you’ll need to be patient.

How do you get to Kaer Morhen in The Witcher 3?

The game will automatically lead you there as you follow the main story quests. You need to clear all story quests in Velen, Novigrad, and Skellige.

That’s all you need to know about how to get to Kaer Morhen in The Witcher 3. Be sure to search for Twinfinite for more tips and information on the game, and check out our impressions of the recently released Switch port.