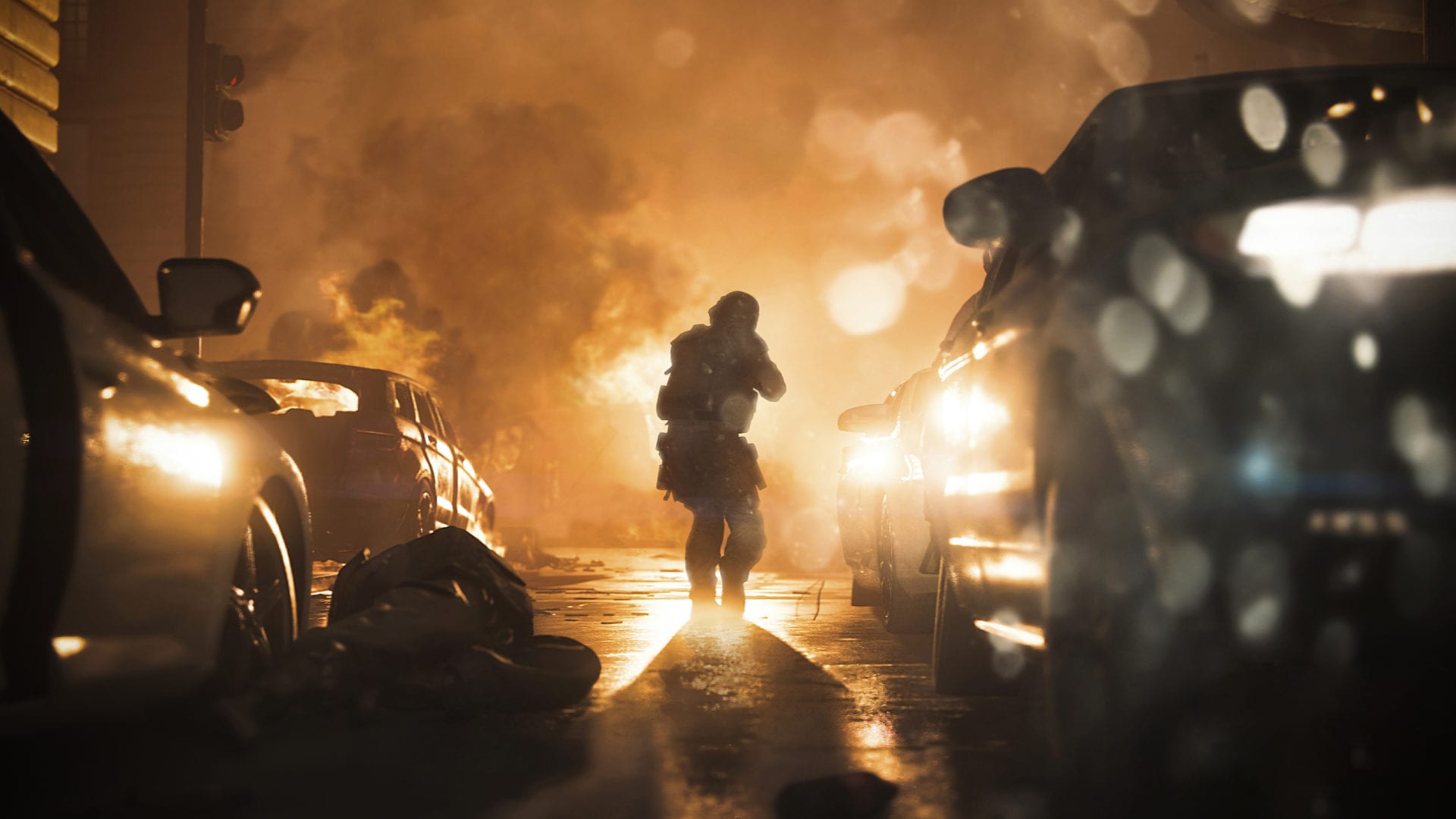 The Call of Duty series has long portrayed warfare in the 21st century, in all its many aspects. From the beaches of Normandy to the deserts of Afghanistan, and from the Arctic Circle to the cold expanse of outer space.

War is hell, wherever it occurs. Playing through these games makes you an active participant in every manner of violence imaginable, and with almost every tool conceivable.

How, then, is the series to surprise and shock its legions of fans? Those fans, who by now may be somewhat inured to these horrors, like the battle-hardened and war-weary veterans the series often portrays?

Why, by bringing that violence home, of course.

By bringing it into the safe bubble of civility we inhabit, and by invoking that silent unseen threat we all tacitly acknowledge and yet choose to ignore.

Modern Warfare explores radical and politically motivated terrorism, against civilian populations by extremist groups. It’s a topic that is sadly more relevant than ever in 2019.

Something of a soft reboot of the Modern Warfare branch of the series, Infinity Ward‘s latest is a re-imagining of the characters from the 2007 game of the same name, a new and far darker story than anything seen previously.

It tells its narrative mostly from the point of view of either CIA operative Alex (no last name) or Kyle Garrick, a sergeant in the British SAS.

You fight alongside and even briefly play as Farah Karim, a freedom fighter of the fictitious Middle Eastern nation of Urzikstan. It is a country beset by a terrorist group known as Al Quatala, and a particularly brutal Russian general named Bharkov sent to purge them.

Each of these protagonists is brought to life by state of the art motion capture, and the actors that portray them give stellar performances.

Farah’s story is what gives Modern Warfare its grounding, and the particular traumatic events that led her to fight for her country are some of the game’s most gripping moments.

The game sets the tone for the horrors to come quickly, with a particularly affecting depiction of a terrorist attack on Piccadilly, in the busy and crowded streets of London.

Explosions drown out the screaming of the wounded and make for a chilling backdrop. It feels dangerous and realistic, and most importantly, it isn’t gratuitous. It’s the kind of thing that could happen. That has happened.

Throughout the course of the campaign, we are exposed to the truest horrors of war, and some grizzly sights indeed. In some scenes, in fact, there is so much horror taking place, that it can be completely overwhelming.

In a scene from Farah’s childhood, we see Russian soldiers launching reprisals against civilians in Urzikstan for potentially harboring terrorists. They open fire on a crowd that you are in, and you must run for your life amidst it all.

You hear the order for poisonous gas to be used, and the scene takes on a more hellish aspect. Dozens of people are caught in the open, choking and gasping, those not poisoned quickly shot dispassionately.

In another scene, you raid a terrorist cell as Kyle with the SAS. You move through an occupied house, having to clear each room of desperate insurgents that ambush you from beneath beds and behind doors.

They use their own wives and sisters as hostages, some of whom will go for a weapon once your back is turned, so dedicated are they to their cause. Oftentimes, their children are present and bear witness to it all.

It’s an unflinching and uncompromising look at the way modern warfare is waged, and I particularly appreciated seeing things through Farah’s eyes, getting some understanding of what might go through a freedom fighter’s mind.

In the real world, places like Afghanistan have been invaded and occupied so many times by Western powers in the last few centuries that it’s easy to see how resentment could breed.

It’s easy to see how everyday people could be driven to do monstrous things, in order to have a place to call their own. British, Russian and US-led coalition forces look much the same to someone born under their occupation.

Modern Warfare explores this fraught subject in a way that felt respectful, and restrained. It’s violent, harrowing and downright horrifying at times. It’s bloody and it’s brutal and gives an insight into the everyday nightmare that is some people’s daily routine.

It doesn’t glorify the military of Western powers, in the way that previous games have. In fact, the protagonists are often deeply unhappy with the way their superiors handle things, in particular with regards to the Urzikstan militia Farah leads, whom the higher-ups deem expendable.

The infamous No Russian sequence from 2009’s Modern Warfare 2 had you commit a mass shooting alongside terrorists in what was and still is a very controversial scene.

By comparison, 2019’s Modern Warfare makes No Russian look one-dimensional and bland. As the player, you were never made to understand their motives.

Farah’s story, and by extension Alex and Kyle’s, is more personal, and more effective. It shows you how far people will go for freedom from oppression, or for an ideal, and the cost that must be paid in order to obtain them.