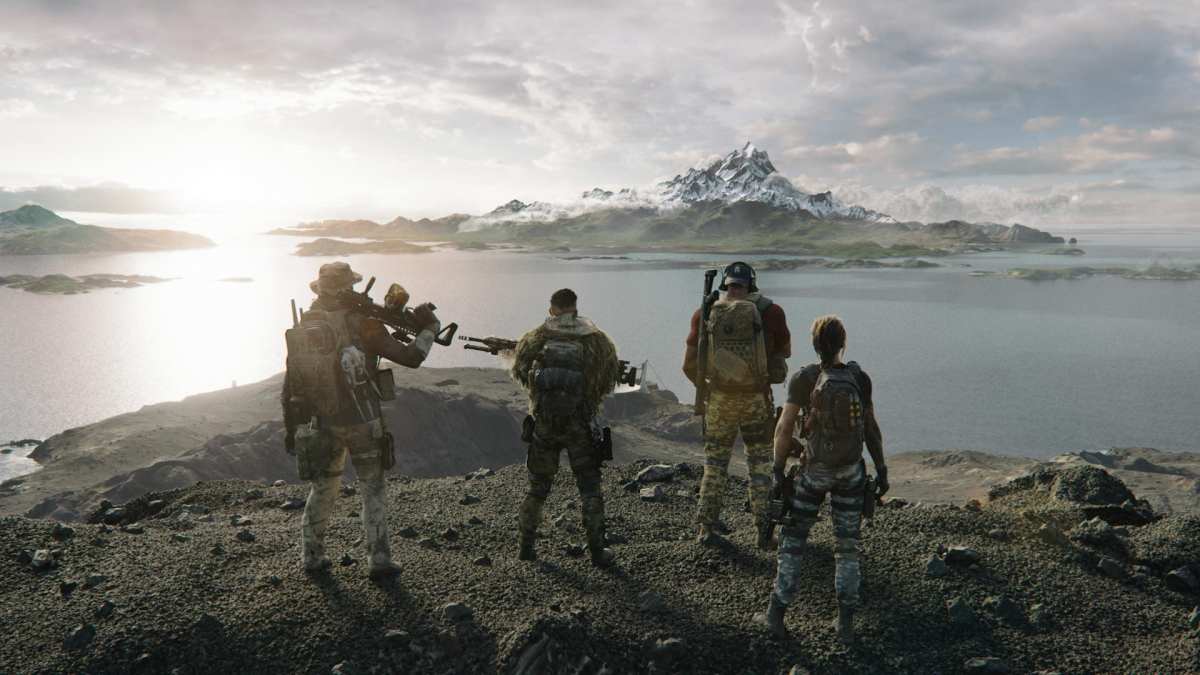 The Ghost Recon series’ transition from a linear tactical third-person shooter to a sandbox stealth game has seen it feature some of the largest open-world maps ever in video games.

In fact, at 170.2 mi², Wildlands is beaten only by Just Cause 3 on Twinfinite’s list of biggest open-world maps this console generation. So now that its sequel, Breakpoint, is out we couldn’t wait to jump in and do some rough calculations to see how it compares.

So how do we achieve this? Well, map measurement in video games is a bit of a tricky business, but thankfully it’s made a little easier in Breakpoint by a gridded map and Ubisoft’s signature waypoint system

By gridded map I mean the gridlines that appear across the map and section off areas into rectangles; and by waypoint system, I’m referring to the ability to drop a waypoint on the map and then check its distance from the player.

With the ability to measure in-game distance and a map that’s divided into rectangles, working out the total area of Breakpoint’s entire map is relatively simple.

Note: I’ll be working in kilometers until the final measurement as those are the units used in-game.

First, we measure the rectangle sizes and work out what surface area they represent. Rectangles appear in two types depending on your zoom level: the smaller rectangles (max zoom) are 3 x 1.5 km and the larger rectangles (regular map view) are four smaller ones combined, which works out to 4.5 km2 and 18 km2 respectively.

Now that we know each large rectangle is 18 km2 it’s just a case of counting the total number of grid rectangles and adding them together to find the area of Breakpoint’s entire map surface.

Of course, that’s not quite the whole story because the vast majority of this area is water and two of the map’s major islands, Moa and Golem, aren’t yet a part of the game.

Breakpoint’s playable area, then, is much smaller than this, and this is where the measurement starts to drift into guesswork rather than precise math.

Because Aroa’s islands don’t always take up entire grids and several parts of the maps are essentially inlets and fjords, I’ve had to make up a rule about what I consider “playable” and what is just empty space. Basically, anything reasonably close to the shoreline is counted. This gives us a rough total percentage of the surface area taken up by “playable space.”

Now, if you’ve been paying attention, that means that while Breakpoint’s map surface is way bigger than Wildlands (170.2 mi²), its playable area is actually slightly smaller.

That being said, it’s worth pointing out that Golem island’s arrival as the game’s raid island sometime in the future will likely make the games similar in size. And if Moa island really is the DLC chapter many fans believe it to be, that would make Breakpoint substantially larger than its predecessor.

That does it for our measurement of Ghost Recon Breakpoint’s map. If you’re after more information and/or tips on the game I’d encourage you to check out Twinfinite’s extensive guide wiki.