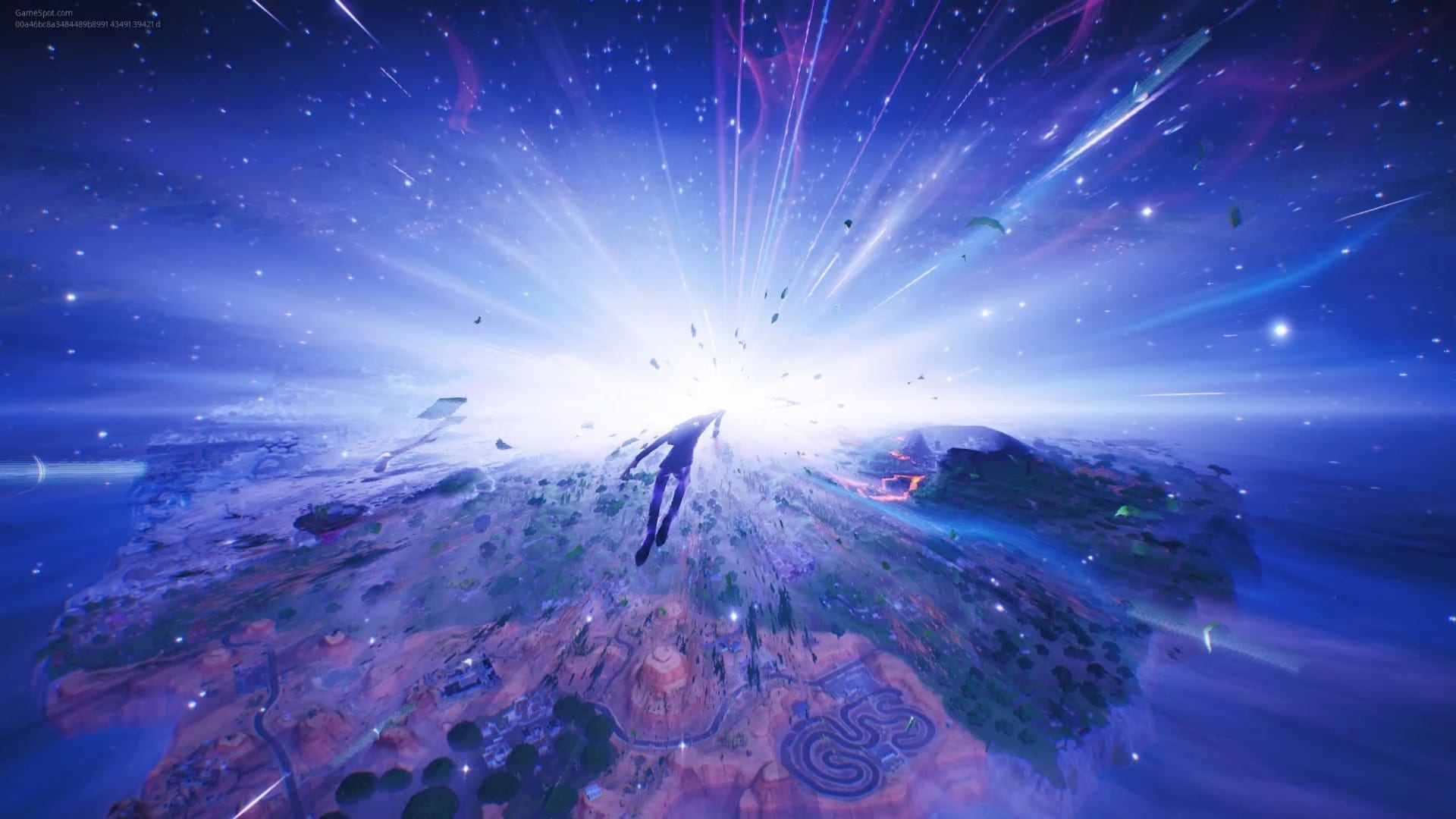 Fortnite, Epic Games’ cash cow and the most popular game on the planet, has gone and done something crazy again.

Battle Royale Island and every player online at the precise moment Season 10 ended was sucked into a black hole that winked everything and everyone out of existence, like Thanos snapping his fingers.

The event was, fittingly enough, called The End. The game ceased to exist and millions of players were left twiddling their thumbs, stunned by this audacious and unprecedented display of marketing and hubris.

Since then, Epic has deleted more than 12,000 tweets from the official Fortnite Twitter account, leaving only a link to a live stream of the black hole itself, which more than a million people tuned to stare at it in all its mysterious splendor.

And as they gazed so long into that abyss, something gazed back.

Some folks smarter than myself decided that they looked like coordinates. Input them into Google maps, and this is what you get:

It has been dubbed the “crab rave”, and it appears to be just that. A bunch of crabs, having a rave.

If you were to log into the game during this period, you would be greeted by a technical difficulties screen, which would then go blank.

Someone had the idea of inputting the Konami Code, which brings up a Galaga-like minigame in which you can shoot Durr Burger, the game’s sometimes mascot.

Someone actually used this as a kind of cipher and cross-referenced them with every word uttered by The Visitor, a villain in the world of Fortnite who tasked players with gathering audio diaries throughout Season10.

The text reads “I was not alone. Others were outside the Loop. This was not calculated. The moment is now inevitable.”

Right? I don’t know about the rest of you, but I am getting some serious goosebumps and also Lost vibes from this whole thing, and I am absolutely here for it.

Which is pretty amazing if you stop and think about it. I’m not really a Fortnite fan anymore, but to say a lot of people are still playing would be an understatement.

By taking away the ability of those who are into Fortnite to even play the game, Epic has gotten the attention of every gamer with an internet connection, including lapsed players like myself.

It’s the phrase “it’s just crazy enough to work” epitomized, and might be one of the more off the wall and out of left field marketing ideas I have ever heard of. Whatever happens next, well, the world will be watching.

The only thing I can think of that is even remotely similar is the end of an MMO, like version 1.0 of Final Fantasy XIV. Players gathered together to watch as the lesser moon Dalamud crashed into the surface of the earth, annihilating everything. But the crazy thing about the end of the world is that it seems to bring people together.

Love it or hate it, I can’t think of another game that has had a bigger cultural impact than Fortnite in recent memory. And you really do have to give it to the hardworking developers. They keep things exciting and fresh, both in Fortnite and now apparently in this augmented reality game we call real-life.

This is not the end of Fortnite. You know it, and so do I. It may even be back up by the time you read this. But Epic Games has given us a memory, a story, and something unique in an industry notorious for sequels and annualization.

Where were you the day Fortnite died?