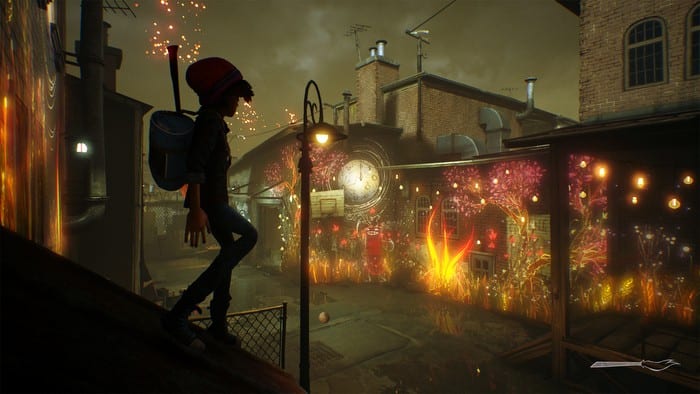 Concrete Genie‘s Dark Wind Genies are some of the trickiest enemies you’ll face, so you wouldn’t be blamed for wondering how you’re supposed to defeat them. Fortunately, we’re here to walk you through how to beat Dark Wind Genies fast and easy. Do be warned that there are spoilers ahead.

How to Beat Dark Wind Genies in Concrete Genie

Encountered in the later portion of Concrete Genie’s Fifth Chapter, Dark Wind Genies are the most mobile of the game’s three variants of enemies. They can switch between running on the ground and flying through the air, making them quite difficult to land hits on and return to their senses.

Fortunately, there is a simple strategy you can use to take down and calm all of the game’s Dark Wind Genies without fail. To execute it though, you’ll need to use each of your available attacks at the correct moments.

When to Use Each Move Against Dark Wind Genies

For starters, you’ll need the Wind attack. This is earned after you encounter your first Dark Wind Genie in Concrete Genie and can be used to knock Dark Genies out of the air, stunning them. It’s easy to obtain, as it’ll be given to you automatically after reaching a certain point in the story.

With the move in your arsenal, track down a Dark Wind Genie and launch a Wind attack at it. When it lands, it will knock the Genie out of the air and stun them. While it’s stunned, launch Fire attacks at it to decrease its health.

After a set amount of time, the Genie will either reposition itself for an attack or flee toward a different section of the area. It can do this either on the ground or while flying.

If it lines up for an attack, dodge to the side. Then, launch either an Electrical attack or a Wind attack depending on whether it’s on the ground or in the air respectively. This will stun it, opening the Genie up to more Fire attacks.

As for when it flees, the strategy is largely the same: Pursue it and then stun it with an Electrical or Wind attack based on whether it’s running or flying. Then, hammer it with Fire attacks to deplete its health bar.

Rinse and repeat, and before long you’ll be able to bring it back to its senses.

So, to summarize how to beat Dark Wind Genies in Concrete Genie,

Hopefully this cleared up how to beat Dark Wind Genies in Concrete Genie. For more on the game, check out our review as well as one of the title’s most recent trailers.