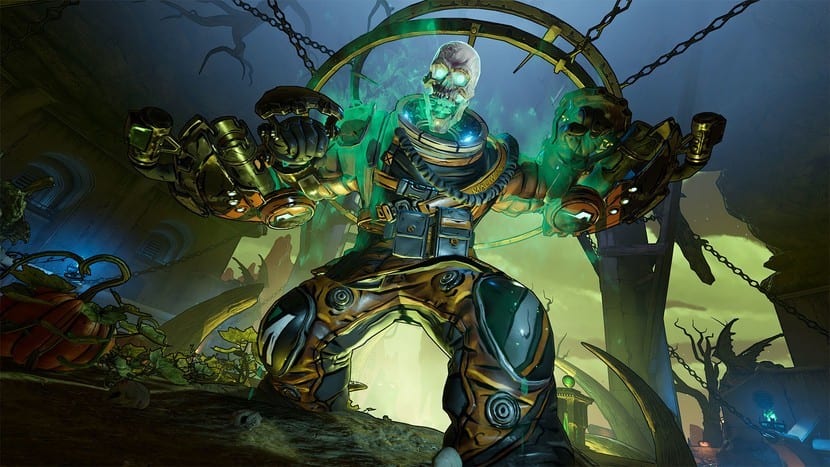 Grab your costumes and pillowcases filled with candy, because Borderlands 3 is about to get spooky with its first Haloween event, Bloody Harvest. As we approach October, we get closer to the first Borderlands 3 Halloween event called the Bloody Harvest, that promises new loot and cosmetics for players that participate.

We have all the information you need to prepare to go trick or treating for loot in Borderlands 3 with its all-new Haloween event!

When Does The Borderlands 3 Haloween Event Start?

The Bloody Harvest will begin sometime in late October, however, we expect it to be prior to Halloween (Oct. 31). The event will likely run for a couple of weeks to give players an ample amount of time to complete quests and earn the limited-time rewards that the event offers.

The event will kick off with an NPC named Maurice that appears in the Sanctuary. Maurice requests that you bring Hecktoplasm to him in order to unlock unique rewards and access to a brand new map.

The Bloody Harvest in Borderlands 3 will also be bringing new quests, enemies, weapons, challenges, and a Halloween themed boss that may seem very familiar to those who have played through the main game.

The boss during the event will be a unique take on Captain Traunt, the Maliwan soldier.

However, during this Halloween themed event, he will become Captain Haunt. Captain Haunt will sport the same iconic large heavy body as Captain Traunt does, but will remove the helmet to reveal a spooky skeleton!

The Bloody Harvest will also be bringing with it a new map. However, you won’t have access to it right away. First, you will need to collect the required amount of Hecktoplasm, which is a pick up dropped by Haunted enemies that will spawn across the world and deliver it to Maurice.

However, beware of the ghosts that appear upon their death as they will inflict Terror if they come in contact with you! Terror is a new status effect that will negatively affect your gun accuracy and cover your screen in a fog.

Although Borderlands 3 has plenty of DLC planned, The Bloody Harvest is a free update to all players and will be available to everyone once it launches in late October.

In summary, here is all you need to know about the Borderlands 3 Halloween Event Bloody Harvest

That’s all the info there is on the Borderlands 3 Halloween Event Bloody Harvest. For more information regarding Borderlands 3, check out our Guide Wiki that covers things like the best bosses to farm, and how to get an item that substantially increases your loot drops!