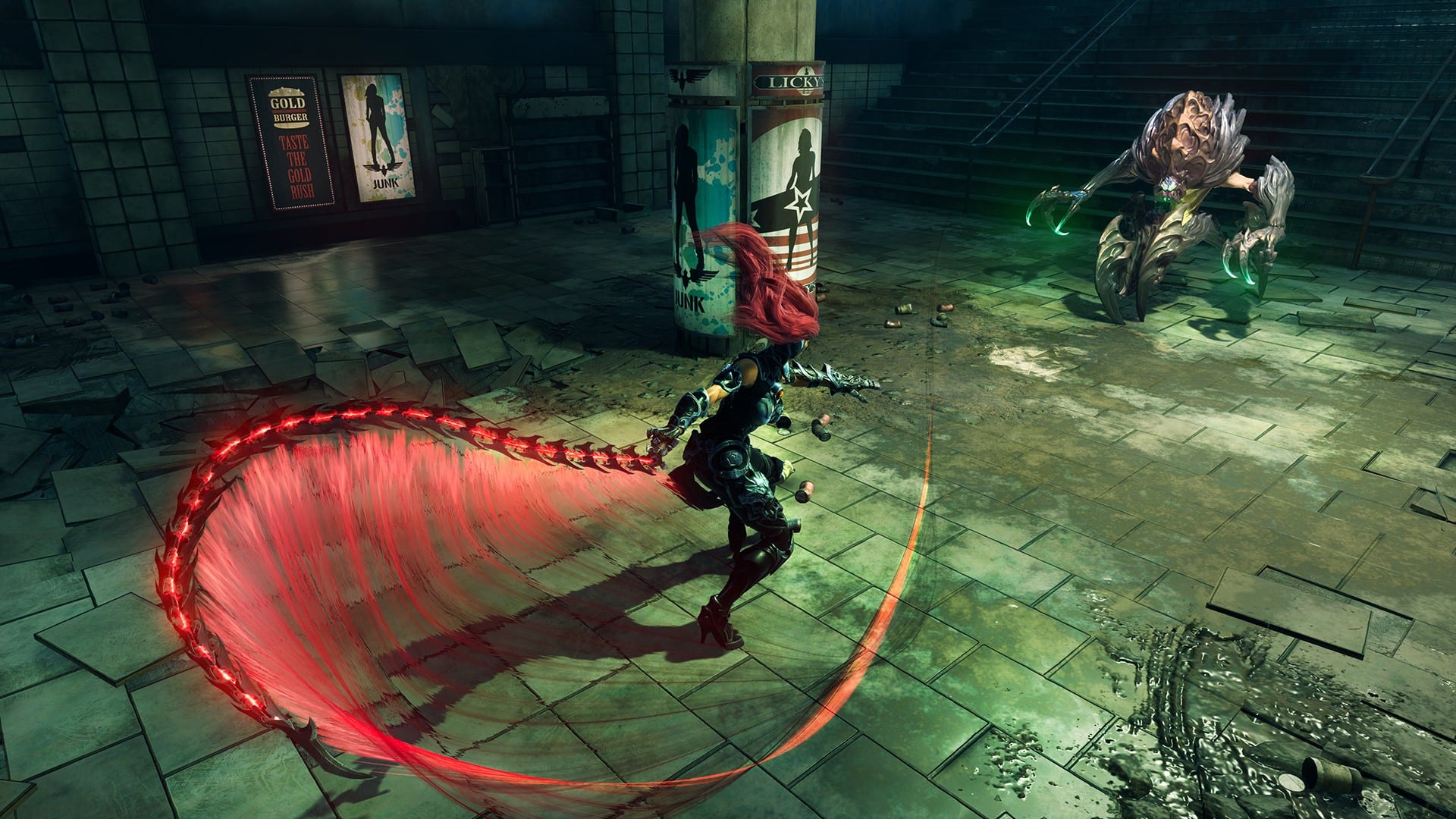 Darksiders 3 is the latest offering for PS Plus and because of that, a lot of people will likely be jumping back into the game for the first time ever or at least the first time in a while. You’ll eventually reach a puzzle that requires you to use exploding bugs and it can be confusing. Here’s how to use exploding bugs and what they do in Darksiders 3.

As you make your way though the game, you’ll reach the Haven and in it, an area known as Crossroads. It’s an underground tunnel area, likely what used to be a subway, and it features a hole in the ground that you need to jump through.

You won’t be able to though because the hole is covered in webbing. That’s not problem for someone with an exploding bug.

How to Use Exploding Bugs & What They Do in Darksiders 3

When you see this hole, look up at the ceiling and walls around you. You should spot some dark-colored pods. Hit them and Flaming Goo will come out.

This Flaming Goo is your key to exploding bugs. When the goo is on the ground, bugs will rush out to eat it.

When these bugs eat the Flaming Goo, they’ll become exploding bugs. Now, you only have a few seconds so you have to move fast. Pick up an exploding bug and place it near the webbing. The webbing will be destroyed by the explosion of the bug.

There are multiple areas in the game where you’ll need to get past webbing so don’t forget what a couple of exploding bugs can do for you.

That’s it for our guide on how to use exploding bugs and what they do in Darksiders 3.

For more information about Darksiders 3, be sure to search for whatever you’re looking for on Twinfinite. Here are some other guides to get you started: