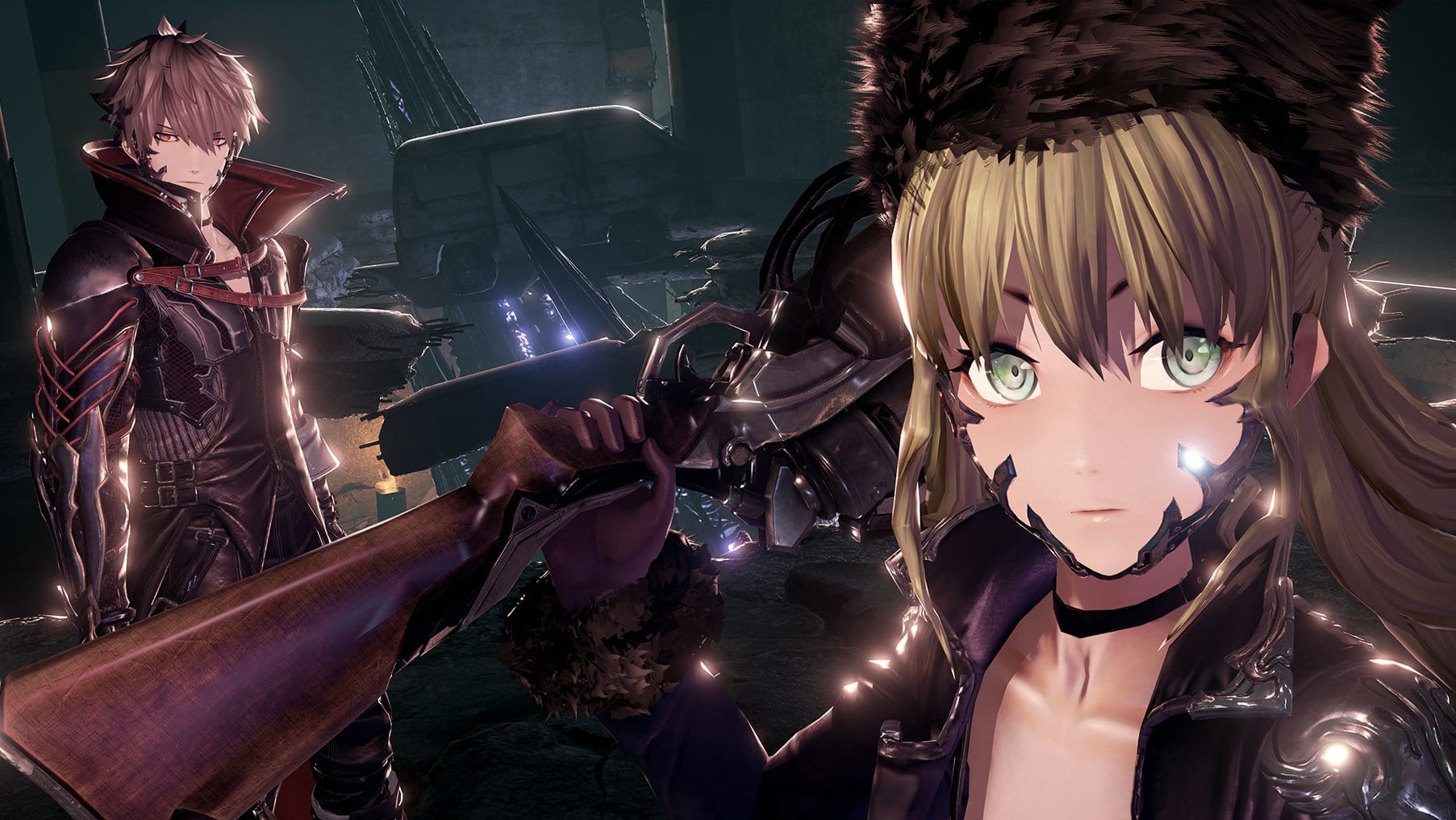 The legacy of Dark Souls is truly incredible; a game so momentous in the zeitgeist of gaming that it created an entirely new genre, Souls-likes. Since then we’ve seen numerous games try and bring their own take on the formula, some successful, some not. Code Vein is the latest title to do so, and despite some clear similarities it manages to bring some fresh ideas, especially in its partner system.

Code Vein casts you as a Revenant, an undying soldier who’s woken up in a post-apocalyptic world destroyed by giant earthen spikes and bloodthirsty creatures called the Lost.

Pretty quickly into the experience you’re introduced to Louis, your first partner and a character central to the game’s story.

At all times in Code Vein you can bring an NPC ally along to help, and boy do they. Code Vein is developed by the same team that made many of the God Eater games, which have fantastic partner AI, and that holds true here.

Your partners in Code Vein are more than capable of holding their own, and come with their own useful set of Gifts to use. Some partners, like Io, are based entirely around support while others, like Yakumo, are tanks that soak up enemy aggro.

The great thing about the system is that there’s a partner to support every kind of playstyle or character build, meaning you can supplement your build’s weaknesses.

It’s a dynamic system, and partners will also help with things outside of battle. They’ll provide hints about alternate pathways or places you should go to, point out items you might not see, and call out when they see enemies.

This all ties into what makes Code Vein much more accessible than other games in the genre. Partners can revive you if you die, as long as they have enough HP to spare, and you can do the same for them.

Having a partner to lean back on dramatically helps with the difficulty, although Code Vein is still a challenging game. Partners are optional, however, and play the entire game solo if you want.

In our review we talk about the absurd amount of options Code Vein gives you to customize your playstyle, and partners are part of that. They can help ease inexperienced players into the game, giving you a chance to learn the mechanics while your partner deals with enemies.

There’s certainly nothing wrong with a Souls-like game being a solitary experience, it’s a core part of many titles, but Code Vein’s NPC allies are a refreshing take that creates a dynamic combat system.

Of course, these partners are more important to the game than just being combat allies. Each character is essential to the game’s story, and while they each have their own mini-story, they all smartly tie into the main narrative in some way.

Collectibles called Vestiges let you view memories from characters, including your partners, and serve a dual purpose as they also grant you new Gifts.

Learning character’s pasts can help ratchet up the emotion on certain boss battles, and add more weight to decisions you have to make.

There’s a good amount of character development that goes into each partner, and another system lets you give gifts to them, in order to receive gifts back. Just like with combat, it’s a mutually beneficial system that can lead to getting some great weapons and items.

Souls-like games need to do something unique to stand out of the pack these days, and Code Vein’s partner system helps it rise above. There are, of course, other big differences like the anime aesthetic and Blood Code system, but partners tie into every facet of the game.

It’s a refreshing take that I sincerely hope to see again in the future, whether it’s another Code Vein or something else entirely.