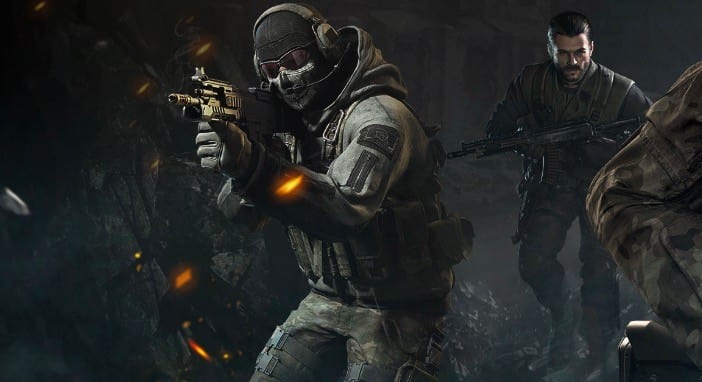 It won’t be long until you can take Call of Duty with you on your smartphone. Announced on the Activision Blog this morning, Call of Duty: Mobile’s release date is set for Oct. 1, 2019.

Call of Duty: Mobile, which was announced in March, has had pre-registration open since its announcement; you can pre-register to be among the first to play up until the game releases.

Call of Duty: Mobile is a free-to-play first-person shooter on both iOS and Android developed by Tencent’s Timi, known for mobile games like Crossfire and Honor of Kings.

The game will feature characters, maps, and weapons from both the Modern Warfare series and the Black Ops series. Playable characters will also be unlocked as you rank up in-game, including Soap, Ghost, or Alex Mason.

Build your loadout, collect your scorestreaks, and hop into a multiplayer game on classic maps like Nuketown, Hijacked, and Crashed.

There will be plenty of multiplayer modes to chose from, like Team Deathmatch, Gun Game, Domination, Search & Destroy, and Frontline.

On top of that, Call of Duty: Mobile will also feature a Battle Royale mode, up to 100 players. There will be vehicles, teams, six classes; it’s gonna be big.

If you can’t wait, you can check out this quick release date trailer to get your blood pumping:

You’ll have to wait until Oct. 1 to play Call of Duty: Mobile on the go. Until then, check out our guide on how to get pre-registered for the game, our list of the most popular games on Google Play, or the announcement of Timi’s new Pokémon game.