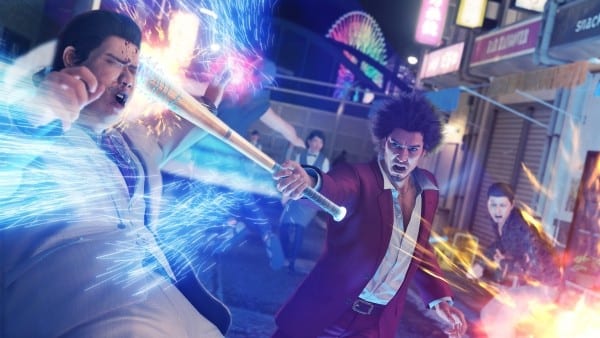 For 14 years Ryu Ga Gotoku Studio has developed Yakuza games, iterating on their formula step-by-step and polishing it to a high sheen. The franchise has always been renowned for its intense beat-em-up action, which is what made things so shocking when it was announced that Yakuza 7, called Yakuza: Like a Dragon in the West, would be a full-on turn-based RPG.

While each Yakuza game does make improvements and enhancements, it’s small steps. Each game, for the most part, takes place in Kamurocho, expanding and enriching the city and its stories.

While each game is great in its own right, it’s clear that things were starting to get tired. The story of Kazuma Kiryu ended in Yakuza 6, and that presents RGG Studio with the perfect opportunity to re-evaluate the identity of Yakuza.

In order for Yakuza to keep advancing and attract even more players, it needs to try new things, and it just hasn’t done enough of that in recent years, although Judgment was a decent step in that direction.

Part of what’s so exciting about the new Yakuza stems from the past of the series. Each Yakuza game does such a phenomenal job of tying its story and themes to gameplay, and imagining what the team can do with a turn-based system is incredibly enticing.

RGG Studios has proved time and again that they’re a talented developer that can apply different ideas. This is evidenced in Yakuza mini-games like Clan Creator that works as a pseudo-RTS game, or by their original sci-fi shooter IP, Binary Domain.

After 14 years of quality Yakuza games, RGG Studio has more than earned the benefit of the doubt.

Yakuza has never been a series that does things normally, and more often than not, there’s an interesting spin on the ideas that the series uses.

Although we barely know how combat will work in Yakuza: Like A Dragon, you can bet it’ll be a uniquely Yakuza take on the genre, and more than just mindless command selecting.

Hell, even the possibilities for parody and satire are endless, considering a core part of Ichiban Kasuga’s personality is literally that he’s a huge fan of Dragon Quest.

RGG Studio has already received quite a bit of backlash for the change, but they’re taking it in stride. The series’ producer, Daisuke Sato, commented on the response on Twitter, saying that they expected some degree of concern from fans.

However, Sato makes it clear that they’re fully dedicated to making a system that’s unique and not “boring.”

Gaming is an artistic medium, and as with any art there’s always the urge to try something new, to discover uncharted territories.

While the last nearly 10 Yakuza games have all been great, and I’ve thoroughly enjoyed them, I can 100 percent understand the urge RGG Studio has to try something new.

It’s honestly a testament to their quality, and Sega’s confidence in the developer, that they were willing to take this huge of a risk and try to redefine their flagship franchise.

Even looking past all that, from the first trailer it’s clear that Yakuza: Like a Dragon is still going to be filled with all the crime drama and absurd storytelling that we all know and love.

There’s much more to Yakuza’s identity than just its combat system, and RGG Studio knows that better than anyone.