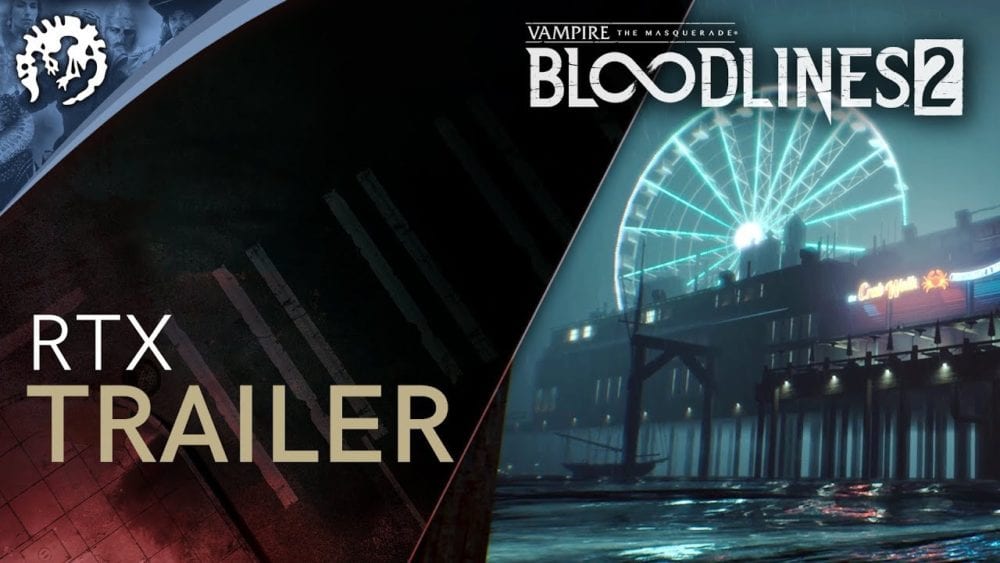 Paradox Interactive has revealed a new trailer for its upcoming RPG Vampire: The Masquerade Bloodlines 2 showcasing the game with RTX-powered ray tracing technology switched on, and it looks absolutely stunning.

“Enjoy a first glimpse of Vampire The Masquerade: Bloodlines 2 with RTX ON. Powered by GeForce RTX technology, ray-traced lighting and reflections helps bring Seattle to life in vivid detail, allowing you to fully immerse yourself in the world of darkness,” the YouTube description reads.

Bloodlines 2 is the sequel title to a cult classic PC RPG released back in 2004. The latest game is being developed by Hardsuit Labs and published by Paradox Interactive. The sequel’s development wasn’t expected, the announcement coming as a pleasant surprise to a community of players, many of whom still enjoy modded versions of the original game today.

Today’s trailer follows one that showcased a brief look at gameplay revealed during the PC Gaming show back at E3 2019. Before that, a series of trailers introduced fans of the game to its new vampire clans –the latest of which was the Malkavian clan and the Ventrue clan before that.

Vampire: The Masquerade Bloodlines 2 is slated for a 2020 release window, though no official date has yet been announced. You can stay up to date with news on the game via its official website.