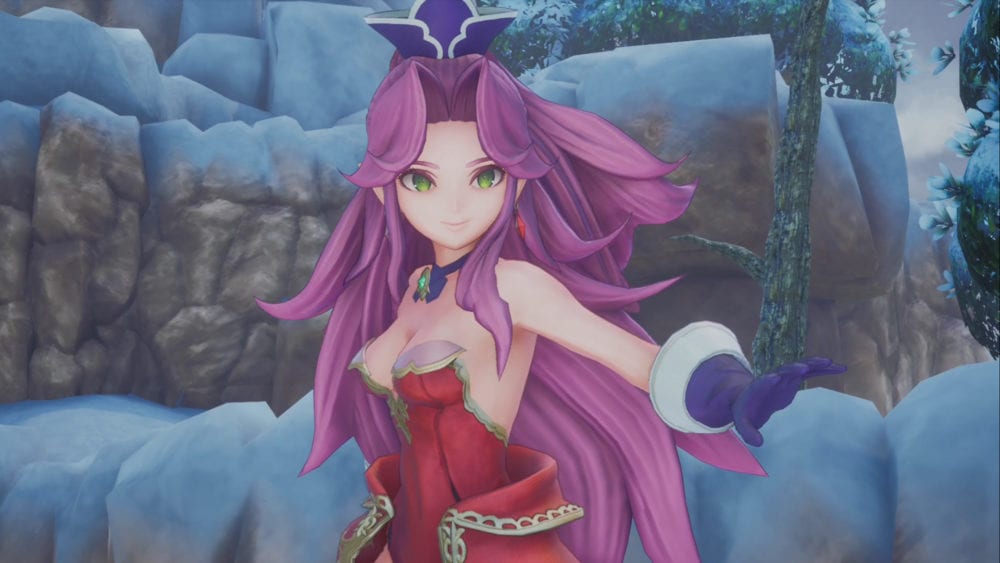 While the reveal of the Seiken Densetsu 3 remake Trials of Mana has excited many, some old fans were surprised by the lack of local multiplayer.

The original game on Super Famicom included an local co-op feature that allowed players to enjoy the story together, controlling different characters. This won’t be included in the remake.

Today Twinfinite talked to Producers Masaru Oyamada and Shinichi Tatsuke, and we asked the reason behind this design decision.

In the original game, players looked at the action from a top-down perspective, while the developers decided to make the remake more immersive with a third-person view.

According to Oyamada-san, this kind of perspective isn’t as conducive to multiplayer as the original.

That would, in turn, create a game that is in-between a single-player and a online multiplayer experience. Instead of spreading out in too many directions, the team opted to focus on making a really interesting single player game.

Part of the appeal of multiplayer in the original game was sitting in the same room with your friends, and experiencing the story together. Yet, his would have been lost by translating the feature to online multiplayer.

That’s also why the developers decided to focus on heir resources immersion instead.

Asked whether multiplayer could be implemented after release Oyamada-san mentioned that such a possibility isn’t something being considered right now.

Of course, you should stay tuned for the full interview, coming soon on Twinfinite.

If you want to see more of Trials of Mana, you can enjoy the original announcement with the first trailer, and a nice gallery of official screenshots and art, and another video.

Trials of Mana will release for PS4, Nintendo Switch, and PC in early 2020.

Update: the initial draft of this article mentioned that “the team opted to focus on making a really interesting multiplayer game.” This was a transcription mistake, and it has been corrected with “single player game.”