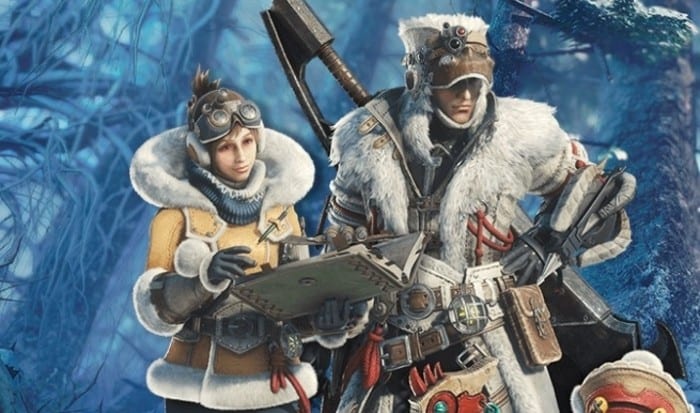 Capcom is just weeks away from dropping the first major expansion for Monster Hunter: World and we’re just here to remind all of you that in order to play Iceborne on Sep. 6, the main storyline quests will have to be completed. You need to see those credits roll.

You might think that releasing the expansion in such a manner would be anti-consumer considering that Capcom is blocking off tons of people that have yet to finish the campaign, but it does actually make sense.

The new rank and brand-new monsters are going to extremely difficult; players will have to work their way up to be able to enter the new Hoarfrost region and Seliana, the new icy headquarters.

Those two areas are just small parts of what’s to come in Iceborne, and if you think that you’re close to finishing the game, I recommend pushing through as quickly as you can so that you’re not left in the dust when the expansion releases.

Once you see all of the new features, like the Steamworks that allows you to play minigames to unlock items, the new gathering hub that can fit 15 players, and the gorgeous hot springs area, you’re going to want to be in there as quickly as possible.

Just look at this beauty down below:

You can unwind and relax after a hard days hunt, get a footbath, take a steam bath, and let the hot water take all of your worries away. This is honestly one of parts of the expansion that I’m most looking forward to, besides the Clutch Claw mechanic and the new combos.

There are also a slew of never-before-seen monsters coming to Iceborne like the magnificent Elder Dragon named Velkhana, the moose-looking creature, Banbaro, and there are altered versions of other classic monsters like the Legiana and Anjanath.

I like to think as Iceborne as a big party that celebrates the best parts of Monster Hunter: World and brings in even bigger and better changes that totally alter the gameplay experience.

Now, you don’t want to miss this party so make sure that you finish that story because it can take over 50 hours. And if you’re like me, you probably have spent way more time than that doing random quests and have not even come close to rolling the credits.

But it’s okay, if you start now, you can definitely finish everything up and begin preparing for the release of Iceborne. Just take some time over the next few weeks to upgrade your weapons, clean up your armor, and stock up on everything.

We actually have a feature that can help you get ready if you’re interested, which you can read that right here.