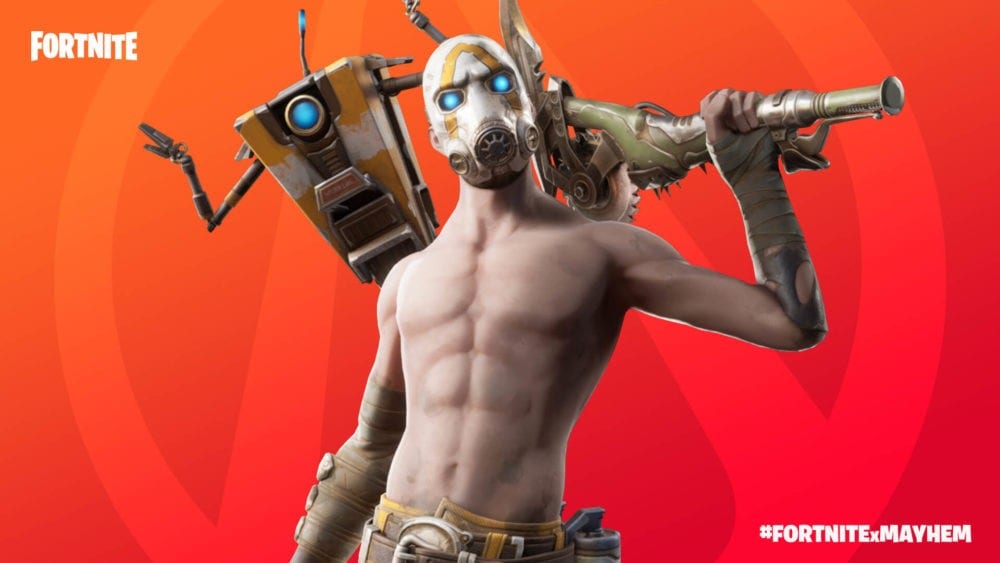 Epic Games is rolling out another Fortnite crossover event and this time it’s with the popular loot-shooter franchise Borderlands. Why? Because Gearbox’s new sequel Borderlands 3 is right around the corner, of course!

Called Mayhem, players will shoot and loot their way through the new Pandora Rift Zone, taking on themed Challenges for various rewards. Here we’ll break down everything the crossover has on offer.

Everything You Need to Know About Fortnite’s Borderlands Crossover

There’s a new themed Rift Zone for players to explore. Fittingly called The Pandora Rift Zone, the otherworldly looking zone isn’t just pretty — there’s a gameplay perk for sticking around inside its confines, too.

After players have been inside for a certain amount of time they’ll generate a shield.

There are new Pandora Prefab options when using Creative Mode, too, which includes a camera filter effect that adds a bit of a post-apocalyptic sheen to your images.

A Fortnite update wouldn’t be Fortnite without a bunch of new rewards for players to earn, and that’s exactly what you’ll get after completing the mode’s Pandora challenges.

Of course, there’s a new themed skin with the new Mayhem crossover. Called the Psycho Bundle, the new skin is appropriately Borderlands-looking and outfits players with a Claptrap on their back and a new themed pickaxe.

In addition to the crossover event features, patch V10.20 has launched in tandem, which brings a host of new gameplay tweaks and new features.

This includes a Shield Bubble that creates a dome of protection from projectiles and explosives, as well as new B.R.U.T.E. map icon that’s visible to all players once it’s been boarded.

You can read more about the full patch notes here.