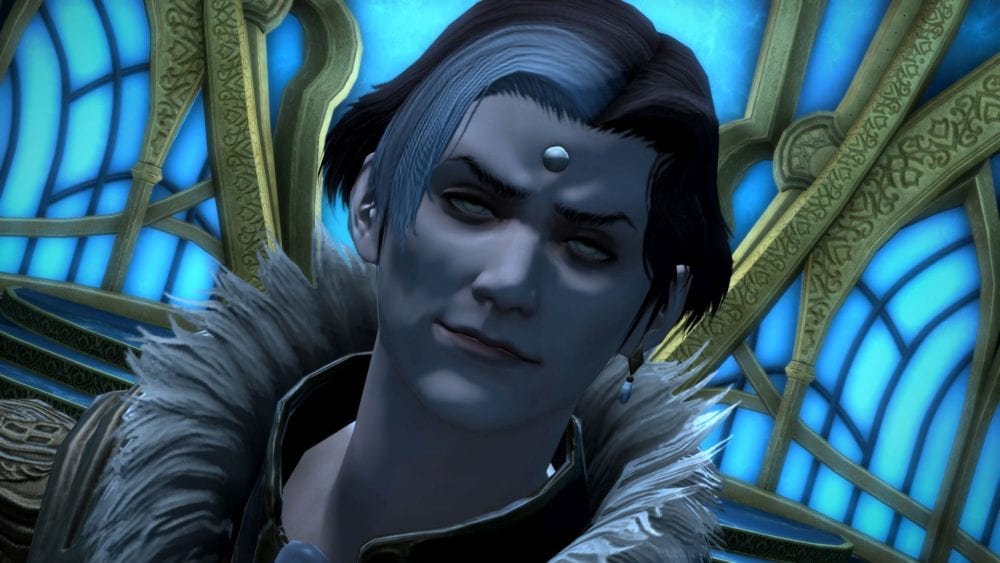 One of the best elements of the awesome story of Final Fantasy XIV’s Shadowbringers expansion is without a doubt Emet-Selch.

He is arguably one of the best Final Fantasy villain of all times, and many may be wondering how the team at Square Enix came up with such an adorable scoundrel.

We learn that the scenario for Shadowbringers was mostly devised by Main Scenario Wrioter Natsuko Ishikawa.

Do keep in mind that the following few paragraphs include potential spoilers, so if you have not played Shadowbringers, you might want to avoid reading further.

Throughout the story of Final Fantasy XIV the Ascians have been very enigmatic, so the developers wanted players to be able to get close and personal with them to foster a better understanding of their motives.

The concept of linking the Ascians with the Garlemald Empire came up before Stormblood. That’s when the developers realized that they could use Emperor Solos for that purpose.

Ishikawa-san wished to humanize the Ascians and Emet Selch, exploring them as characters rather than having their vision excessively unclear for players.

Interestingly, the inspiration for Emet Selch came from a rather unexpected source, while the most obvious comparison was one the team actually tried to avoid, as revealed by Yoshida-san.

“The idea of Emet Selch drew inspiration from Jack Sparrow from the Pirates of the Caribbeanm series, with the goal of adding more human elements on top of that.

He also kind of overlaps the image of Ardyn from Final Fantasy XV, which is why we needed to work around it so that the two characters didn’t overlap too much.”

During the same interview we also learned more about Yoko Taro’s raid YoRHa: Dark Apocalypse and Square Enix’s intention to break the barriers between datacenters. Of course, you should stay tuned for the full interview here on Twinfinite, sharing many more interesting details.

If you’d like to learn more about Final Fantasy XIV (which has recently been updated to version 5.05), you can read our review of the latest expansion Final Fantasy XIV: Shadowbringers and our article explaining why it features the best story among all the tales told by the Final Fantasy series.