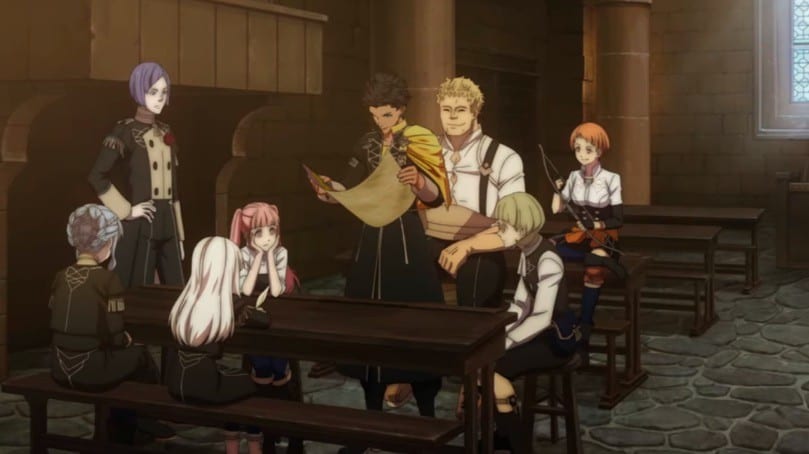 I’m someone who usually doesn’t care for social elements in my RPGs; I skipped a lot of the school stuff in Persona 5, I hate having to worry about romancing, relationships, and talking to random people that have nothing to do with the overarching plot of a video game, but somehow Three Houses has made the social elements more interesting than the actual turn-based strategy combat for me.

I picked the Golden Deer house for my first run (for obvious reasons) and at first, I was worried that I would not want to run around the monastery and partake in random sidequests and conversations, but now, it’s my favorite part of the entire experience.

The characters in Three Houses make this game something special. Each one has likes, dislikes, and a personality that is unmatched. I’m genuinely having a good time doing simple things like giving them gifts, inviting them to tea, and cooking a meal for them.

I’m learning about each of my students more and more each day and it feels like I’m an actual teacher who’s constantly watching as their students grow into more mature, powerful, and capable soldiers.

For example, a boy named Ignatz is one of the shy ones in the Golden Deer house and at first he doesn’t really know what he wants to master when it comes to his skill on the battlefield.

He’s a pretty weak and useless party member in the beginning but then he sets goals for himself, wanting to become one of the best on my squad. He he has a hard time with it, but he does gradually improve thanks to my instruction and experience in battles, just like all of the other students.

Soon, they begin to realize what motivates them and what they want out of life and it makes me feel all warm and fuzzy inside when they level up or advance to a new class or rank.

Now that most of my team is hitting level 15, some of them are riding horses on the battlefield with full sets of armor. All I can think is, “wow, look at them go.” These are the same kids who used to be scared of combat and some of them would have much rather stayed in their dorms than fight evil horsemen and such.

But now they’re doing things that I would have never imagined.

And when they perish on the battlefield thanks to my clumsy SRPG skills, I yell out loud to the clouds and shake my fists in the air… but I’m not playing on the permadeath mode so they’ll come back eventually.

Fire Emblem: Three Houses does a fantastic job at making me truly care about these characters and the more you get into the game, the more fleshed out they become.

I’m only 13 hours in or so, so far, but I can tell that Intelligent Systems went out of the way to create an experience unlike any other.

These characters are so likable and being able to instruct them and give them guidance is one of the most rewarding things that I’ll do this year in games.