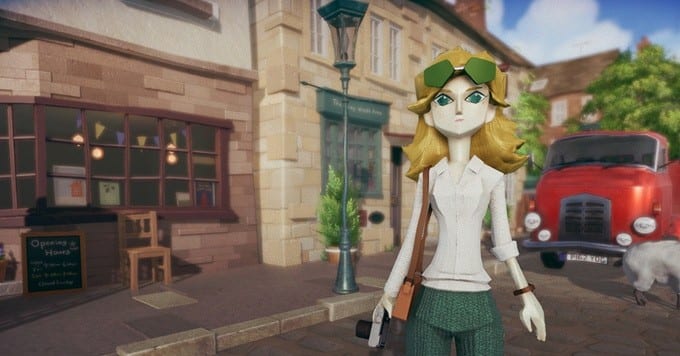 The Good Life, the Kickstarter project and latest title from video game writer and director Hidetaka “SWERY” Suehiro, has been delayed into next year.

In a post to the game’s Kickstarter page on July 29, SWERY revealed that the game would no longer be releasing in Q4 2019, instead being delayed into a release window of Spring 2019.

The reason for the change was that the team wanted to prioritize the quality of the experience over a timely release, and wanted to make sure the game’s backers got the best possible experience for their continued support.

“We’re very sorry about this, because we know you’ve all been waiting very patiently for The Good Life,” SWERY said. “We only came to the decision due to prioritizing the quality of the game above all else. We sincerely hope you can understand our feelings on this issue, and will continue to support us.”

On the plus side, the news also came with new details on the progress of the game.

“The graphics have all been powered up compared to how they originally appeared during the campaign, and we even increased the map size so that you can sink your teeth even further into the world we’ve created,” SWERY said.

The boasts are backed up by comparison trailers and screenshots showing the initial footage of the game from the start of the Kickstarter campaign to the title’s current build.

All of those can be viewed here.

First revealed in 2017, The Good Life is no stranger to setbacks. Initially seeking funding through a Fig campaign, it failed to reach its base goal and had to move to Kickstarter the following year.

Fortunately, the project gained attention following the failed campaign, and the project was successfully funded through Kickstarter in March of 2018.

For more on The Good Life, check out the trailer released in honor of its successful funding on Kickstarter.