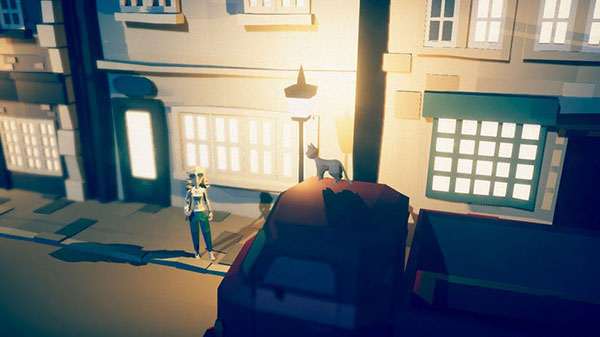 Swery65’s The Good Life, previously up for a funding campaign via Fig, is ending today, having reached just 35 percent of its $1.5 million goal. Unfortunately, that means that the Fig campaign is going to fail, but Swery has made it clear that this isn’t the last we’re going to see of The Good Life, as it will be pivoting to Kickstarter by the end of the year instead.

Swery left a heartfelt message for his “beloved supporters, investors, and future supporters” stating that the team’s “40-day battle” had ended in failure, but there was a lot he would have changed about the campaign looking back on how things went now. He discussed how the game’s title and concept design being leaked two weeks ahead of the campaign being announced could have led to poor reception from the public, who thought the game would be “compact” with 2D graphics.

Hey guys, listen to me.
My first campaign will be over within 25 hours.
Please support even $1.
I promise that “I never give up” to make this game. So I need better results even $1. You know mean what I want to say.https://t.co/rzb90WSe80#TheGoodLife @playfig @Grounding_Inc pic.twitter.com/im2bUk2sIk

The resulting attempts at covering up the information that had leaked as well as trying to improve the situation, Swery feels, contributed to the failure of the project at large, as people were uninformed about what The Good Life was actually about.

He also discussed the trailer, which he felt confused a large portion of viewers, a lack of explanation as far as versions of the game, and an overall PR-deficient push to help keep the game in the public eye.