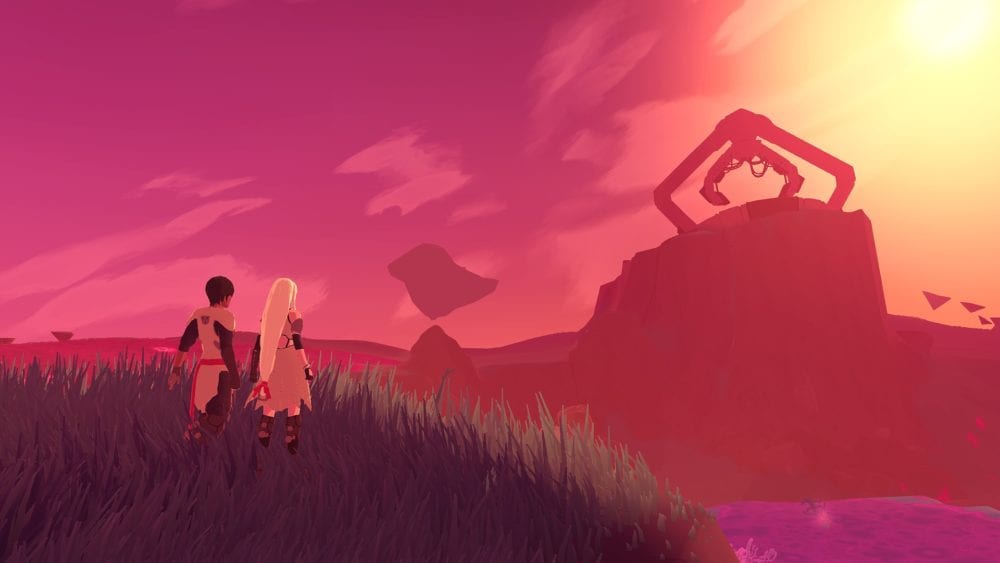 Haven is an upcoming adventure RPG by French indie developers The Game Bakers that up until now had surprisingly little information out about it, apart from the mysterious teaser trailer that came out earlier this year. Today the studio released an expansive new gameplay trailer that also offers some intriguing hints towards the story.

If you played the studio’s previous title Furi you’ll recognize the return of its bright color pallet and unique cell-shaded art style, although it looks like Haven is set to be a calmer, more narrative-driven experience than its predecessor.

Between the chaos of fighting bizarre creatures on an alien world, lovers Kay and Yu have more intimate moments alone, where we get an insight into their relationship as well as their thoughts. With their dialogue serving as the narrative focal point, it’s likely it will be through them that we learn about this surreal land and their purpose there.

The game will be available as both single player and co-op, letting you control one or both of the couple. The trailer offers a great look at Haven’s gameplay mechanics, showing Yu and Kay glide across your environment to farm resources. You’ll be able to fly even higher to solve mysteries you find in the world, as well as craft useful technology using what you find.

Combat-wise, Haven looks to be akin to a fast-paced JRPG, with turn-based and collaborative attacks that can be chained between characters. The Game Bakers have cited Phantasy Star and Persona 4 as big influences, so we can expect some highly intricate combat mechanics.

With your couple as the core of this combat, your dialogue choices throughout the game will mold their dynamic together and even influence the game’s overarching narrative.

Even with the release of this new trailer(which you can watch below), there’s still a good amount of the game that’s shrouded in mystery. But while the game promises to be a calm, meditative experience, that clearly doesn’t mean it’s without a compelling story or interesting gameplay.