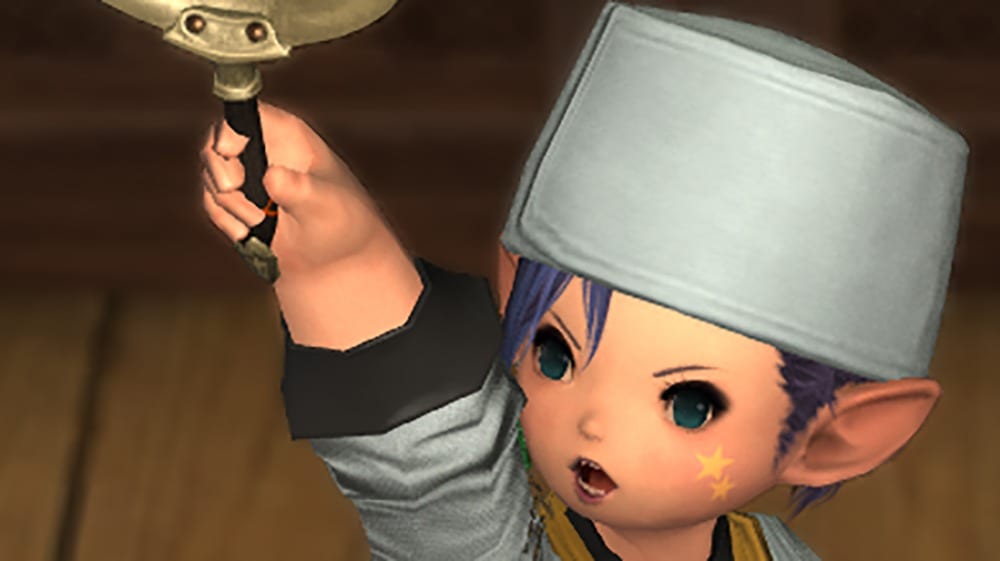 Food is often a very important element in MMORPGs, and Final Fantasy XIV isn’t an exception.

While Square Enix’s veteran MMO may not come with the classy aplomb of Ignis from Final Fantasy XV, it includes a deep cooking system with a metric ton of recipes available to empower our Warriors of Light (now become Warriors of Darkness) both on the table and in a fight.

One very specific Warrior of Light/Darkness named Lemon Drop from the Goblin server decided to take the in-game culinarian art to the next level, recreating its recipes as closely as possible in the real world.

The best thing is that she walks us through the process in detailed (and very nicely-done) videos so that we can try our hand at the recipes as well.

Today she released her latest video featuring the Spaghetti al Nero, which feature heavily as a quest reward in the latest expansion Shadowbringers. You can find all of her recipes on her own website aptly titled “A Recipe Reborn” and on her YouTube channel.

As someone who loves both Final Fantasy XIV and tinkering in the kitchen, this definitely gets a thumbs-up from me.

If you’re interested in the game (which has been updated to version 5.01 today), you can read our review of Final Fantasy XIV: Shadowbringers and our article explaining why it features the best story among all the tales told by the Final Fantasy series.

You should also definitely participate in our giveaway to win plenty of prizes including a physical Collector’s Edition and more.