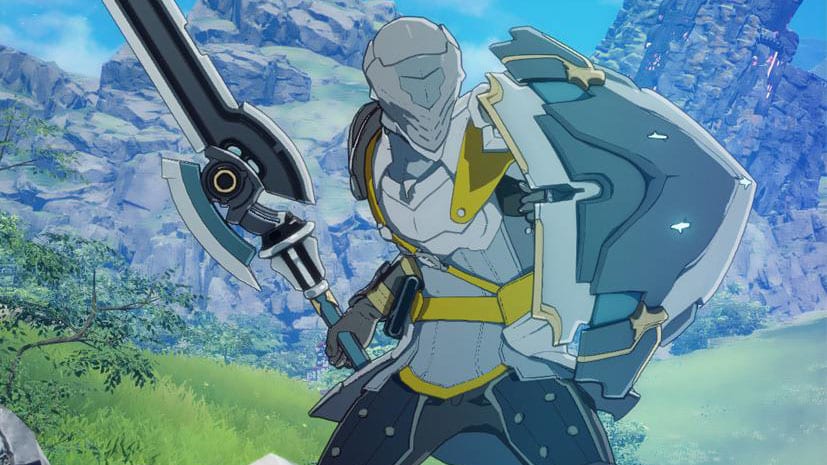 Bandai Namco is continuing to provide new information and assets about its online JRPG Blue Protocol.

Today we get to see and learn more about the “Aegis Fighter” class, which is basically your tank.

It’s actually defined a “short range attack class” which makes full use of the sword and shield to hold the frontline in a fight. Aegis Fighters have good defense and is a “well-balanced offensive and defensive class that aims to defeat the enemy while assessing its tactics.”

An additional tweet describes the class system in more detail. We learn that four classes can be selected in the closed alpha test (this may imply that more will come later) and you select one when creating your character. That being said, if you progress in the game to a certain extent, you can change class by selecting another of the four classes as you did at the beginning.

Additionally, we learn that costumes can be worn without being limited by classes.

You can check out the screenshots below, showing both the character menu and the class change menu.

A western localization has also not been announced, but the initial press release mentioned that the goal is to “impress the world,” so it’s quite likely.