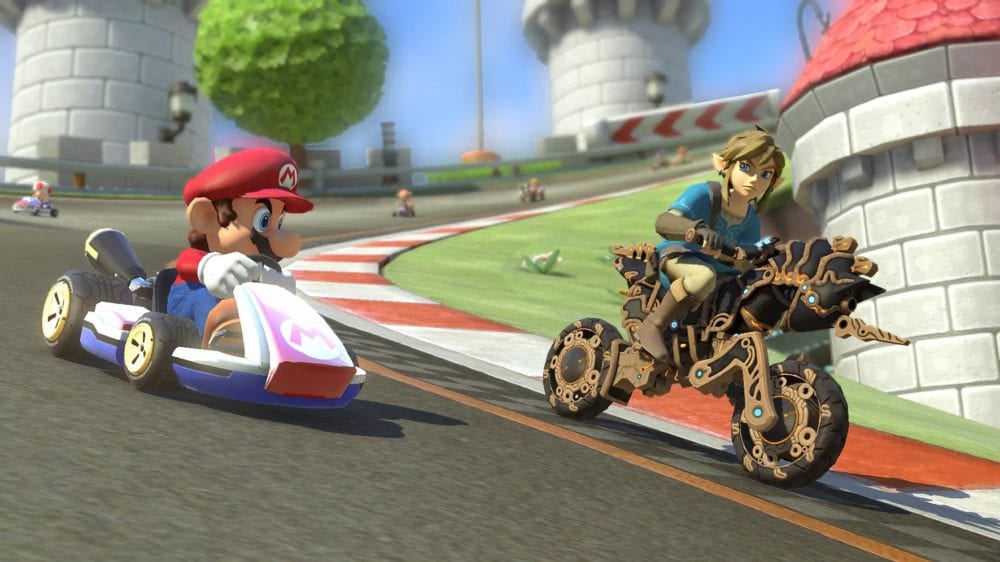 Playing video games with friends is supposed to bring enjoyment but it is all fun and games until cooperation breaks down or competition takes over. As such, we’ve compiled a list of 10 video games that might ruin your friendships if you aren’t careful.

Sports have always bred heated competition between friends, as different teams result in varying loyalties –which are promptly tested against each other throughout each season. The only thing that could make rivalry allegiances more fierce is any of the games in the 2K series.

Between the NBA and MLB installments, there is no doubt that each of the 2K sports series has ruined a friendship or two. Whether it is a tight game or a blowout, a single game or even a full season, the simulated shenanigans that occur throughout games can be enraging.

Injuries, unforced errors, and plenty of other things that can happen for one player and not the other often result in a “that’s BS” comment or two.

Even 2K’s WWE sports entertainment series is likely to be the cause of some strife between friends, as there is always one friend in the group who just mashes the same button and spams the same move over and over again.

If you ever wanted to truly test the bonds of your friendship, Mario Party is the ultimate trial. The best part is that even non-gamers can play this board-game title and get as mad like everyone else.

While a simple board game might seem like a fun casual romp on the surface, the Mario Party series is laced with plenty of insane left turns.

The sheer amount of luck that occurs in both the main game and the resulting mini-games is insane, especially since many of the games require players to pick at random.

Only in Mario Party can you be in first place right before the final turn and end up in last place before the game is all said and done.

In the early 90s, Streets of Rage was one of the best games you and a buddy could play all the way through and enjoy, kicking ass as Adam Hunter, Axel Stone, or Blaze Fielding. While fighting side by side was certainly rad, making it to the end of the beat ’em up is what ended many friendships.

At the end of the game, each player is given a chance to accept or reject the final Boss’ offer to join him as a henchman. If one player refuses and the other accepts, the two fight each other to the death.

Many betrayals occurred as a result of this, as friends were turned foe due to one’s hidden lust for power. If the betrayer wins, there is even a possibility they become the new head of the crime syndicate, as they are given a chance to beat Mr. X – all while the co-op partner watches from beyond the grave.

Overcooked is a cute game that allows players to work together in order to fulfill their customer’s orders. Cooperation is key, as assigning roles and communication is the difference between a burnt or missed meal and a successful days work.

As the levels increase though, so does the turmoil. Obstacles and variables like conveyor belts and shifting landscapes are added as the game progresses, sowing chaos as a result.

Even the most level headed player is likely to make a mistake in Overcooked’s campaign when they must account for specific item locations, level design, and the overall timing of things simultaneously.

Before you know it, you’ll each have turned into a Hell’s Kitchen version of Gordon Ramsey, yelling food-based insults at each other.

Puzzle games can be frustrating enough on their own, as answers just aren’t as simple as they end up being in hindsight sometimes. The only thing worse than having to solve a puzzle by yourself is having to do it with someone else.

Whether you are the one who is trying to guide the other person or are the one who needs help, having to rely on someone else’s direction and cooperation to get something done is impossibly frustrating.

Then you also have a handful of masochist who simply wants to sabotage things because they think it is funny. Just be careful with who you pick to put down portals, as they can always direct it towards death at the last minute.

Another Nintendo game on the list that starts off as casual fun, Mario Kart and its unpredictable races are legendary for creating feuds.

Lightning strikes, red shells, and so many more items can turn a first-place position into last at any moment. Couple this with the deadly, first-place seeking blue shell and you’ve got a recipe for disaster.

The best part about Mario Kart’s item usage is that it compensates for players being in lower positions in the race. The lower you are on the leaderboard, the more of a chance the game will give you, usually providing the most powerful items upon pickup.

Knowing that a character is never out of the race is enough to make tensions high, especially when the drama does unfold.

Developed by indie studio Boneloaf, Gang Beasts gained a lot of popularity when it released in late 2017, as its unique beat ’em up ragdoll physics made for a lot of multiplayer mayhem.

In this title, players take control of surly gelatinous characters, fighting their friends in order to win by being the last blob standing. The only way to defeat each other is by throwing or pushing a player off the level or into a hazardous environment.

Thanks to each character’s odd and unnatural movements, fights aren’t easy to choreograph. Couple in the difficulty to even grab and hop up onto a ledge after falling and it is no wonder as to why this game could ruin friendships.

New Super Mario Bros. U is a great game to play with friends, as you and a couple of buddies must work together to beat Bowser and his Koopa clan in order to save Peach.

While working together is certainly an important objective in the game though, the only one that matters is arriving at the end of the level. As such, it usually ends up being a race between players to see who can reach the end quickest.

Thanks to the scrolling screen, this means that anyone left behind is sacrificed to the off-screen Mushroom Kingdom gods, taking away a life and bringing them back in a bubble afterward.

The most friendship ending part to New Super Mario Bros. U is found in a feature that is supposed to be helpful. Using a gamepad, another player can join in and create platforms for the other four characters to use.

Power corrupts absolutely though, as it isn’t unusual for the gamepad user to go rogue and create a block above a player in mid-air, causing them to die as a result.

Another puzzle game, Human Fall Flat is an open-ended physics-based title that focuses on teamwork, trial-and-error, and exploration in order to advance throughout each level.

While the blobby little characters that make up the game can certainly progress through certain areas when going off on their own, there are spots that require help from others. High ledges and heavy objects are just a few examples of things that require multiple people.

Teamwork doesn’t always make the dreamwork though, as the game’s grabbing and grappling mechanics cause strife for a number of reasons. Alongside being difficult to get the hang of, these mechanics also allow players to grab and throw one another.

Just like Gang Beasts, there are sure to be a handful of hooligans that just want to grab people and throw them around.

If Mario Party and Mario Kart are friendship ruiners, Super Smash Bros. is the friendship obliterator.

Ever since the fighting game series debuted in 1999 for the Nintendo 64, it’s been the cause of millions of fights between friends.

Be it a 1v1 fight, teams, or a six-man free for all, the amount of move spamming and OP character usage that occurs in the game is insane. There is always going to be that one friend who continually Falcon punches everyone or floats to the top of the screen and bricks down as Kirby.

Not to mention the skill gap between some friends. No matter who they pick, we all have a friend who is amazing with everyone.

Coincidently, that person’s Smash night invitation always ends up getting lost in the mail…strange.