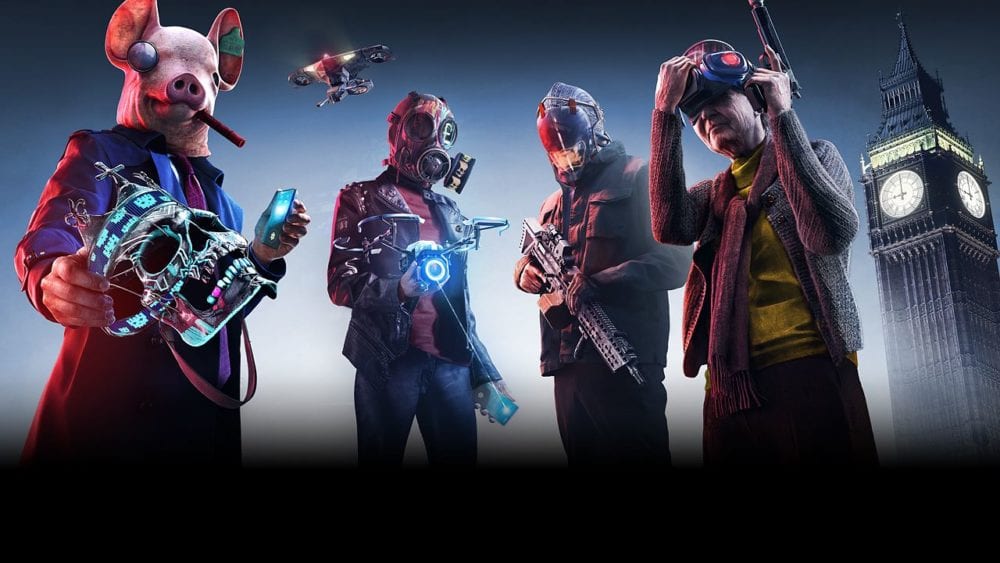 As someone who was quickly tired of the boring protagonist in Watch Dogs 1 and the uninspiring gameplay and story of Watch Dogs 2, there was something quite refreshing when I spent almost an hour playing Watch Dogs: Legion as a grandma, a starving artist, and a guy who has tons of unpaid parking tickets.

Ubisoft Montreal is doing something completely different with Watch Dogs this time around, something that most other video games never do. You see, you can literally play as any NPC that you can find in the sprawling post-Brexit version of London.

If you see an old lady walking across the street, you can hold down a trigger to see her stats and find out if she’s worth playing as; you can check out a bartender and force them to just leave their job to go take down enemies, or you can do what I did in my demo, which is find the most ridiculous NPC and turn them to DedSec’s side.

The demo that Ubisoft let me play, dropped me right into the middle of a crowded bar, the rep was telling me to look around the bar and see if I saw any characters that I found intriguing, but instead of listening to him, I walked outside with my default grandma NPC and started walking towards my destination that was pinpointed on a map.

Because of her old age, the grandma has low mobility, which basically means that she walks very, very slowly.

The rep insisted that I choose a different NPC so I obliged and ended up finding a man painted like a statue that works in a park, taking donations from passersby.

Once I took control of him and headed off towards the quest destination, I wondered just how would the story play out if you’re in control of literally hundreds of characters? I eventually realized that the story in Watch Dogs: Legion literally had no impact on me and was not compelling at all.

It seems that there will be five main story missions and over 60 side missions throughout the entire game, but I’m just not sure how a story is going to be told if you’re playing as a whole bunch of different people.

Without having a set protagonist with a set a story and background, things might become messy. It’ll be fun to complete objectives and stuff as whatever NPC that you feel attached to, but I don’t see this game’s story to be anything to write home about.

That being said, not much of the narrative was present in the demo that I played this week, and I have a good feeling that character beats and a compelling narrative won’t be the main attraction here.

But once I got into the actual mission and played around with the combat, the story didn’t matter because I was having so much fun taking out enemies by using the variety of methods that the game offers to you.

One of the main missions that played out in the demo had me entering a heavy-security area in Camden that required me to take out three of the enemies without getting killed. You can go about doing this in multiple ways thanks to the three classes of characters in the game.

There’s a class dedicated to hacker abilities that let you play around with technology in the surrounding area, there’s a class that’s focused on brute strength and firearms, and the last (and my favorite class) heavily focuses on stealth –giving you an ability that lets you turn invisible for a few seconds, allowing you to easily knock out foes from the back.

I sneaked in through a side entrance and immediately began to take out the enemies one by one with my stealth abilities and messing around with their tech. Just like past Watch Dogs games, you can pretty much hack into anything and by doing this, will distract your enemies, giving you a chance to get in for an attack.

I had such a blast pretending that Watch Dogs: Legion was a stealth game a la Metal Gear Solid, forcing myself to think that guns and firefights were not allowed or implemented into the game.

Successfully using my cloaking ability to deceive my foes and take out every single living being in this space without getting noticed was super satisfying and even caught the attention from the rep that was advising me throughout the mission.

Sure, I did fail a few times before I could get the hang of it, but let me tell you that once I get my hand on Watch Dogs: Legion next year, you can bet that I will be playing it in the most non-lethal way possible.

Even if the story ends up being terrible, there seems to be a lot of enjoyment to be found in this open-world action game. We have quite some time until the game releases, but if Ubisoft continues to clean this game up and make it the best that it can be, this is a title that shouldn’t be missed out on.