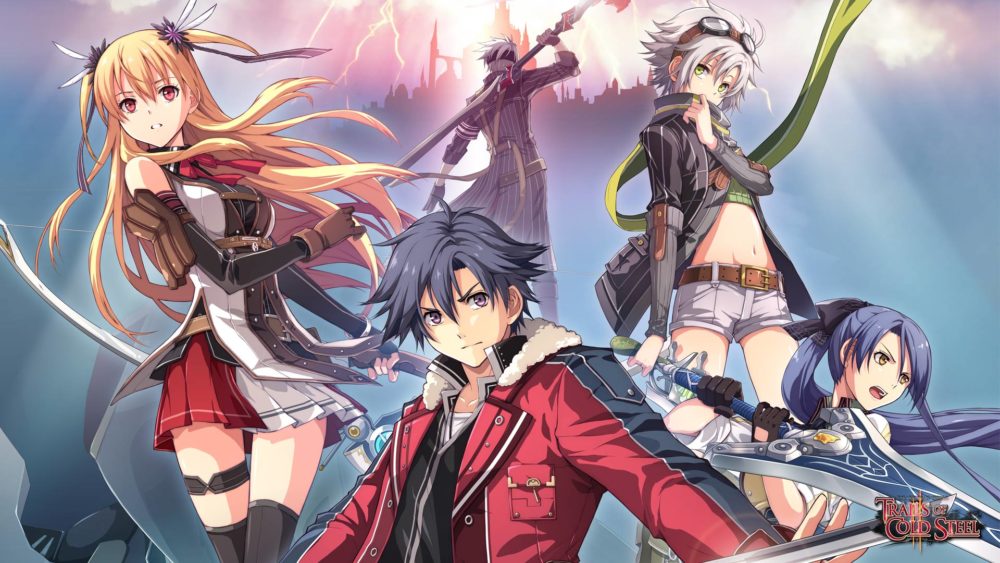 The Legend of Heroes: Trails of Cold Steel II on PlayStation 4

If you ask any modern hardcore JRPG fan who is making the best games in the genre today, they are going to rattle off a short list of developers, which will undoubtedly include Atlus and Square Enix. Keep going down this hypothetical list, though, and you’re likely to find one of the Trails games, a criminally underplayed (outside of veterans of the genre) series of staggering quality from Nihon Falcom.

Similar to how the Persona series was before blowing up with Persona 4: Golden, it always seems like the Trails games are just one big release off of breaking through to the mainstream. Unfortunately, I don’t think it is going to happen with the Cold Steel trilogy, simply due to the time required for the player to get up to speed.

Taking place in the politically complex continent of Erebonia, it follows a group of students enrolled at Thors Academy, a prestigious finishing school for military cadets. Assigned to Squad VII, you play as Rean Schwarzer, a likable young swordsman who suffers disturbing flashbacks that hint at childhood trauma.

The rest of the squad is well-written and each is given plenty of room to grow. There is Machias, a commoner with a chip on his shoulder regarding the inequality of society, serving with Jusis, a blue-blooded noble that doesn’t exactly fit the effete stereotype.

There is Fie, the slacker with terrifying hidden potential, Laura the perfectionist swordswoman, and Alisa, the daughter of a Tony Stark-esqe defense contractor. There is Elliott, son of a famous general, and Gaius, an emigree formerly of the steppe tribes. Rounding out the core group is Emma, a straight-A student whose past is key to the central plot. 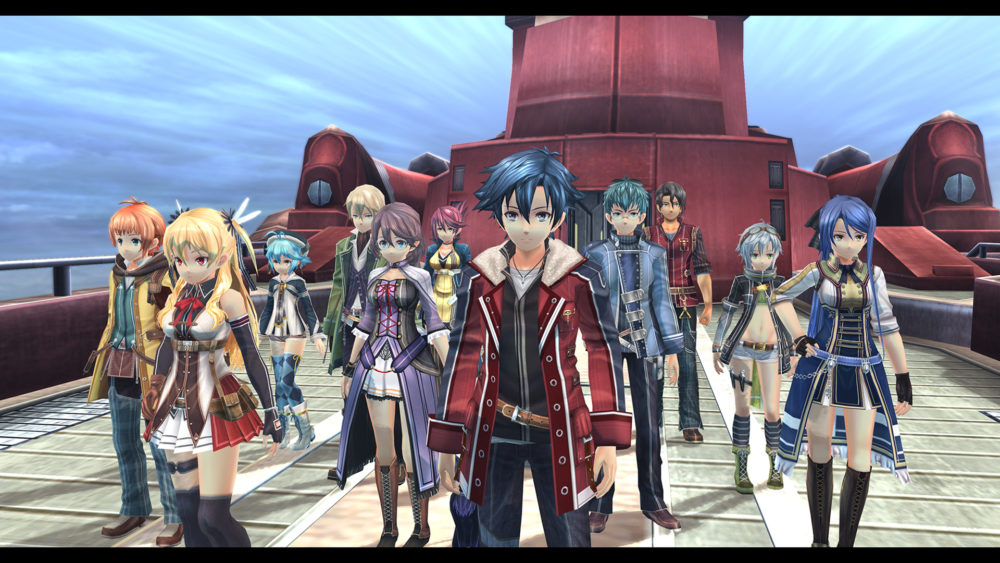 If that sounds like a lot, frankly it’s because it is. The greatest strength of Cold Steel II is its complex, mature story, but if you didn’t spend 50+ hours playing the first game then I can’t imagine how confusing this one must be.

If you did, though, you are in for a treat. This is a series that treats its players with respect, telling a sophisticated story of geopolitical machinations. What begins as a fairly generic anime plotline (high school students of all backgrounds trying to get along) quickly turns into something much darker.

Exploring themes like civil war, patriotism, industrialization, and an ever-increasing class divide, Cold Steel II doesn’t pull any punches. I especially like that our heroes are often far out of their depth, able to turn the tides of a fight due to their own training, but woefully ill-equipped to manage a conflict of greater scale.

With Cold Steel II being a direct narrative continuation of the first game, it picks up moments after the explosive finale of the first. Without giving anything away, you spend a good portion of the narrative tracking down characters from the first game and catching up what they have been doing in the intervening time.

Outside of the compelling story and world-building, Cold Steel II stands out due to its unusual battle system. It’s a turn-based affair, but combat takes place in circular arenas in which positioning is crucial to maximizing damage and surviving the devastating assaults of the games stellar boss encounters.

Your characters level up in the traditional manner and are further powered up using the Arcus system, which is reminiscent of Final Fantasy VII’s Materia. You acquire skills and fit them into slots, and by using them for long enough you unlock further benefits. It’s an engaging system that isn’t meaningfully improved from the first game, but it’s a testament to its depth that it was engaging through a second. 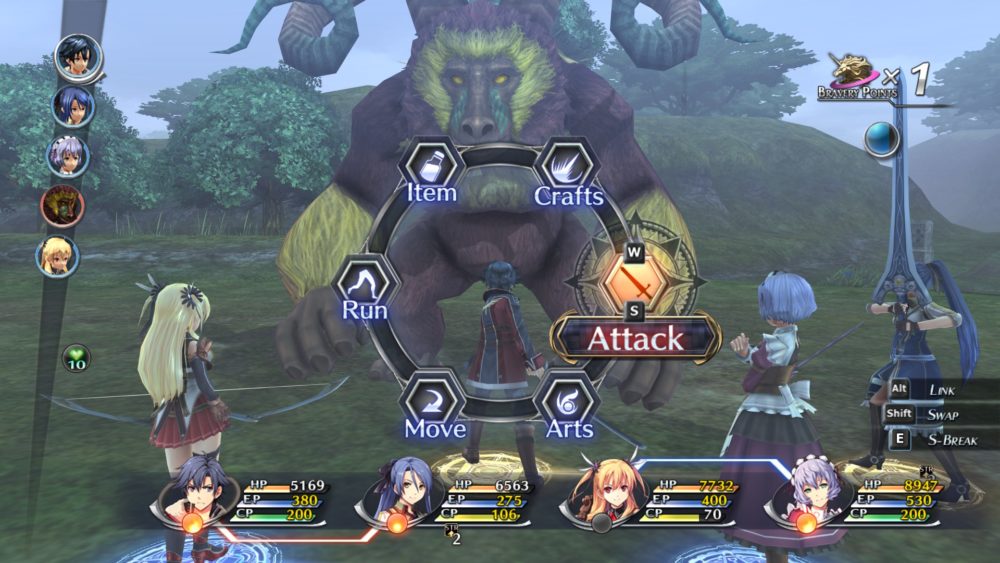 Your party members can be linked, which allows them to support each other with extra attacks and statistical buffs in battle. These follow-up attacks are flashy, and add a little randomness to the affair. Added in the PC version, and present in the PS4 release is the Turbo Mode, which makes roaming around the large environments much more player friendly. This is, of course, a blessing when it comes to grinding, and is something every modern JRPG should include.

The graphics have received a nice update, although Cold Steel II was originally released on PS3/Vita, and it shows. Bizarrely, there are some pretty significant frame drops during certain attack animations, especially when using magic. I reviewed this game on a PS4 Pro, and couldn’t understand how that was possible. Certainly not a deal breaker, but disappointing, to be sure.

The music is stellar, with the battle music, in particular, being standout. A majority of the game is now voice acted too, previously it was just the opening line or during crucial scenes. Each character is given quite a lot of personality through their voice, whether it be Rean’s stoic optimism or Fei’s disinterested sarcasm.

Trails of Cold Steel II is a stellar entry in one of the best JRPG series in years. Its rich narrative and deep combat system mean that there is a lot for players to sink their teeth into. The PS4 version comes with the bells and whistles that were present in the PC version, with Turbo Mode, in particular, being a godsend.

Unfortunately, some of the technical hiccups present in previous iterations are still here, and it is virtually mandatory that you play the first game. There is little in the way of onboarding outside of codex-style journal entries, which are quite dense and intimidating for the uninitiated, and makes it very hard to recommend to a newcomer.

But for those caught up, Trails of Cold Steel II is a fantastic continuation of the series that improves upon the foundations of its predecessor that leads to a narrative crescendo. With the third iteration set to come west at the end of 2019, we won’t have much longer to wait to see how this epic trilogy ends.