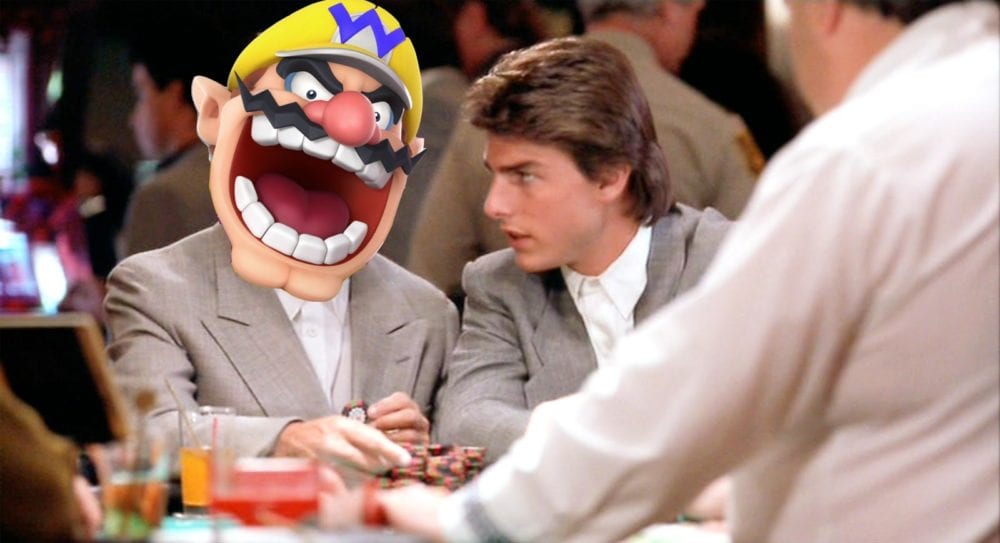 I don’t think he should have been let in with that attire.

Does this even count as a mini-game?

A Melee-exclusive function, you’d place your hard-earned coins into the capsule machine, and it would spit out a trophy. If you put in a little bit of extra cash, you had a better chance of unearthing a new one, visually represented as shaking the bejeezus out of the machine. You’ll probably get kicked out of the store if you keep that up.

One of the silly things about this mode, of course, is that once you’ve collected all of the trophies within the lottery machine, it serves no earthly purpose other than to suck you dry of your funds. Much like actual gachapon machines, funnily enough.

As an aside, there aren’t exactly any worthwhile pictures of Melee’s Lottery mode, so in its place, we have added a thought-provoking image of Wario at the casino. He gambles responsibly, but he spends most of his winnings on garlic and hookers, so it’s a mixed bag. 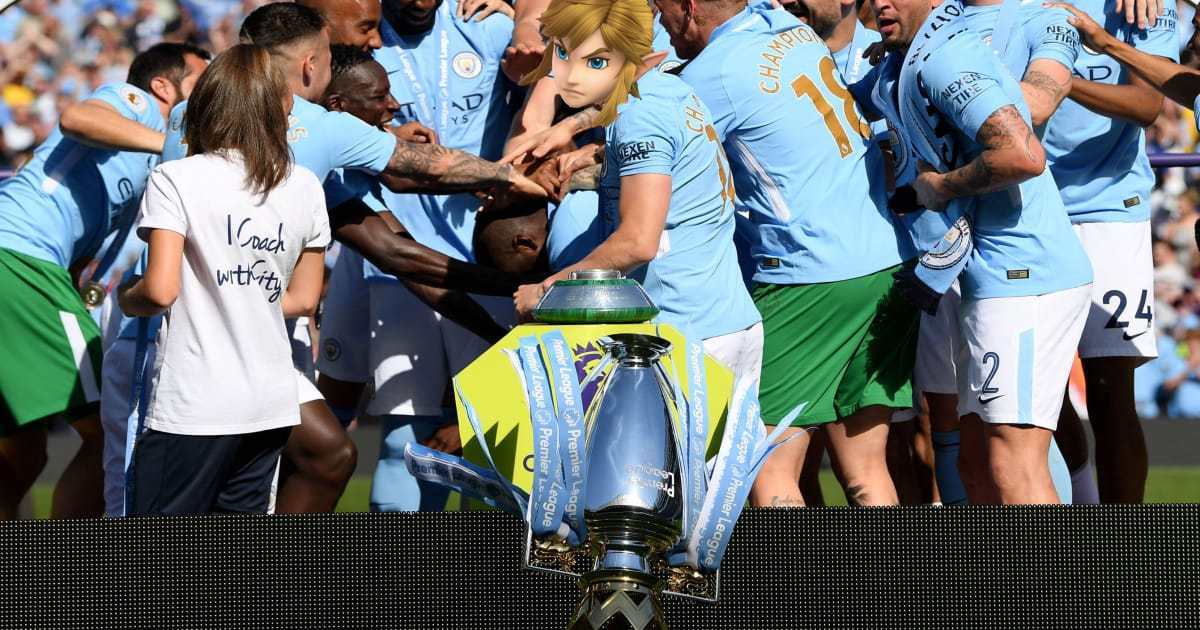 Any Rupees under there?

This one nearly missed the cut, not for its quality, but simply because I forgot it was a thing at first. It’s like that time my mom ranked her favorite children, but that’s another story for another therapy session.

In a throwaway little game to break up Melee’s Classic mode, Snag the Trophies required you to do exactly what it asks in the title: snag those damned trophies, yo. Three of them would plummet from the heavens, and you had to use your attacks to wrangle them into a container in the middle of the stage.

Frankly, that seems like a terrible way of handling a trophy, and no doubt whatever prizes you ended up with were shattered into a thousand pieces, reducing their value on the black market exponentially. 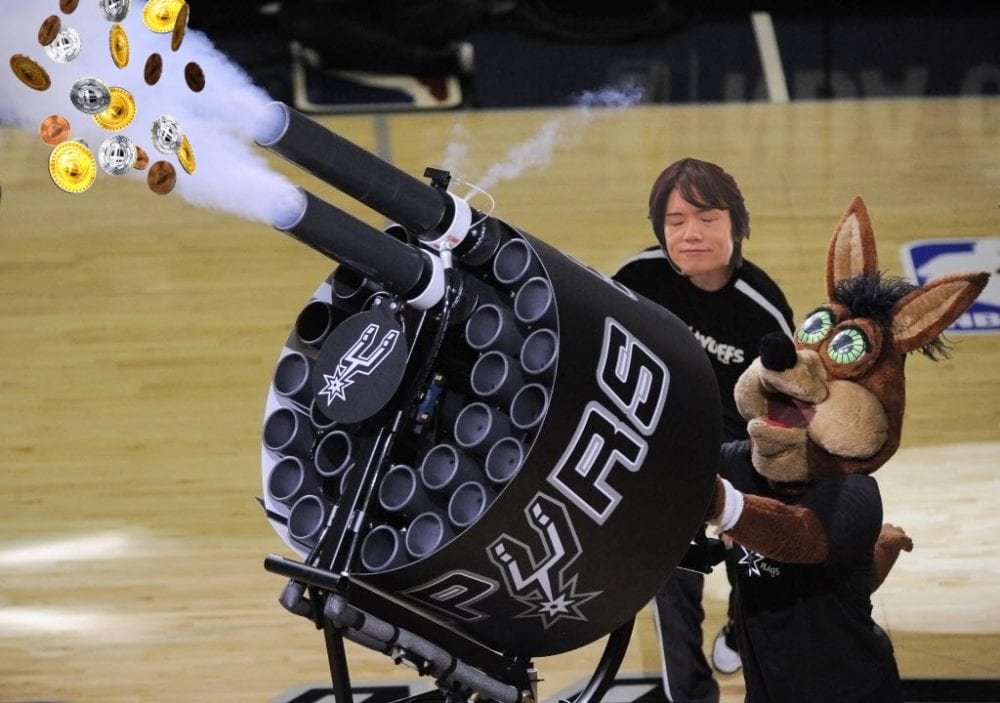 At least the people in the crowd died wealthy.

Taking the Lottery’s place in Brawl, the Coin Launcher was a much more interactive feature that involved shooting tiny little spacecraft with your finances. Consider it an allegory for modern consumerism, if you will.

It was a good way to amass trophies and stickers in large quantities, but if you had an itchy trigger finger, your funds would rapidly diminish, leaving you penniless. Now that coins had more utility than they had in the previous game, blowing them all on the Coin Launcher was an ill-advised decision to make.

Plus, it feels a little generic, if we’re being honest. And we don’t really have any reason to be dishonest, it’s not like we’re being funded by Coin Launchers, Inc. (They stopped paying out in 2008, you see.)

It’s sometimes easy to overlook this mini-game, as it has never been afforded autonomy from the Classic game mode. In its initial iterations in Smash Bros 64 and Melee, it was a sprint through a maze to make it to the goal. For Melee, there were multiple routes for you to take and stage hazards dotted throughout, while 64 also had aggressive polygonal thugs who disliked you for merely existing.

It made a return in Ultimate, and it is likely the dullest part of the game. Now, you must collect orbs in a short obstacle course while a void follows behind you, consuming everything in its path like the Nothing from the Never Ending Story. Does that make Bowser a stand-in for Morla?

It’s not that it’s bad, per se, it’s just that once you’ve finished it over 70 times, you begin to grow weary of it, considering instead to let the void suck you in and welcome the sweet embrace of death. Now that, at least, would be something. 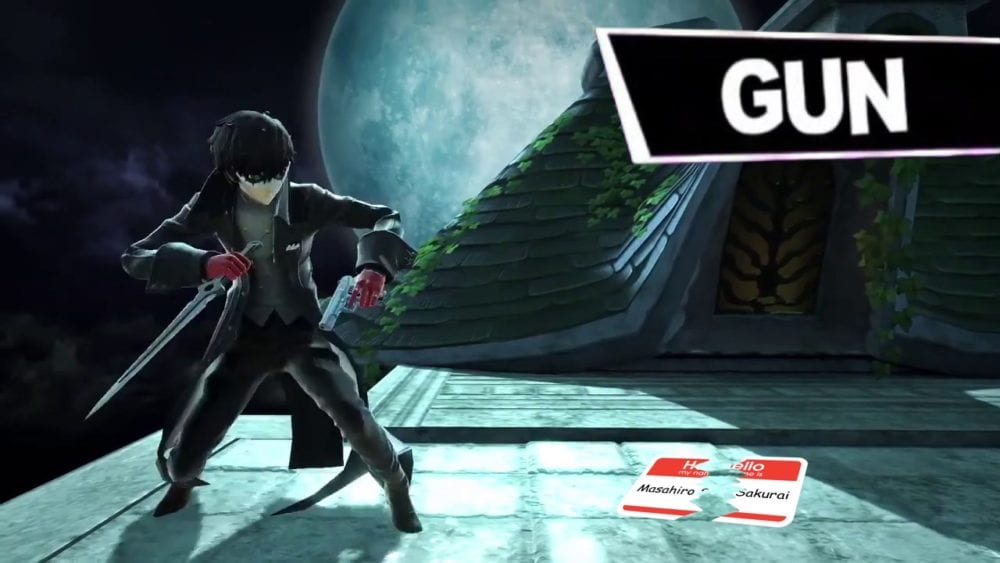 Joker is terrible with names.

The only mini-game to stand the test of time throughout the duration of Smash Bros. Isn’t it odd that taking aim and firing on the identities of the very people who brought us these games would be so gratifying?

Once you’ve cleared Classic mode, the credits will begin to roll. In many instances, this is the part where you’d tune out, apathetic over the revelation that Hideomi Hashima was involved with the UI design (you ungrateful scallywag!)

However, Smash Bros spices things up by putting you in the cockpit of an aircraft of some kind, racking up points by blasting the credits into oblivion. The implementation has been different here and there — Smash 4 saw you using the fighter to directly pummel the names, while Brawl decided you should give the developers a rest and just attack the character portraits instead — but the principle is always the same.

It’s a credit to the team’s creativity that they were able to make these sequences so much fun. I hope you liked that pun because I’m not taking it back, dammit. 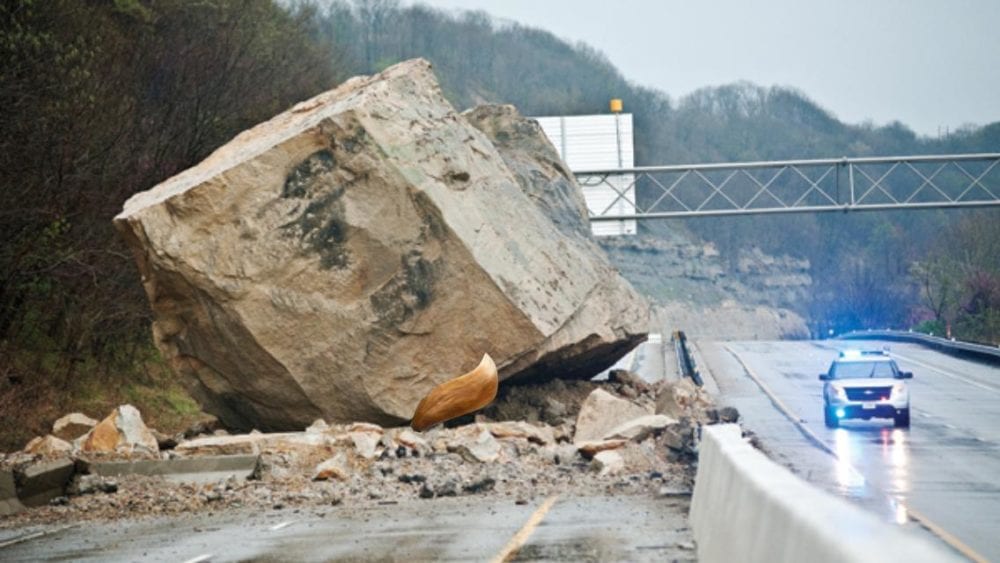 Being a Smash Bros character must be a weird life sometimes.

When you’re not battling swarths of enemies from other dimensions, some of whom want to kill you by farting in your general direction, you’re sometimes thrown into a chaotic realm where things happen for no discernible reason.

In Trophy Rush, you had to fend off crates, explosive barrels and the wrath of God as it all came toppling down from above. Occasionally, these objects yielded fabulous gifts like trophies, coins, custom parts and the answers to life’s great mysteries.

It’s not dissimilar to being at the bottom of a Tetris field, albeit with the opportunity to bash the Tetris blocks before they crushed you. Now that sounds like a mini-game worth playing! 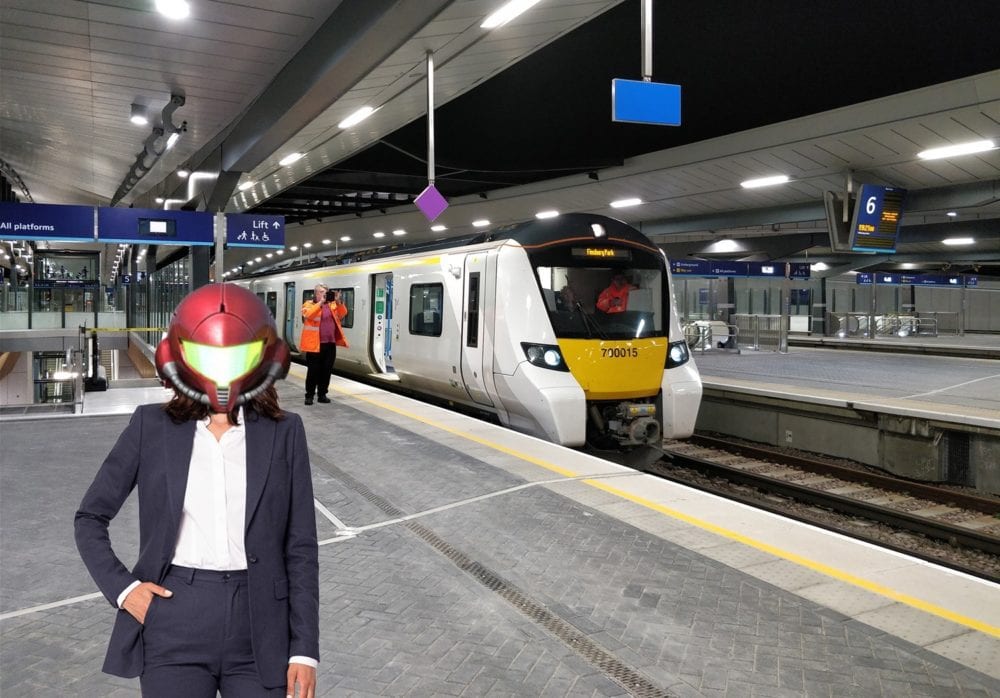 The only Power Suit you’ll need in the business world.

Remember Board the Platforms? It remembers you and is still waiting for you to call it back.

This little gem never made it any further than the original title on the Nintendo 64, and it tasked you with the daunting challenge of stepping on things.

It was actually a lot more fun than it sounds, and every character had their own unique stages that catered to their maneuverability and techniques. Despite this, it was effectively outclassed by its target breaking brethren and never saw a sequel.

In case you were wondering, I really didn’t intend for every image to be a poorly edited joke of some kind. I just went too far down the rabbit hole, and now I’m stuck here. Samus is totally going to miss that train, by the way. 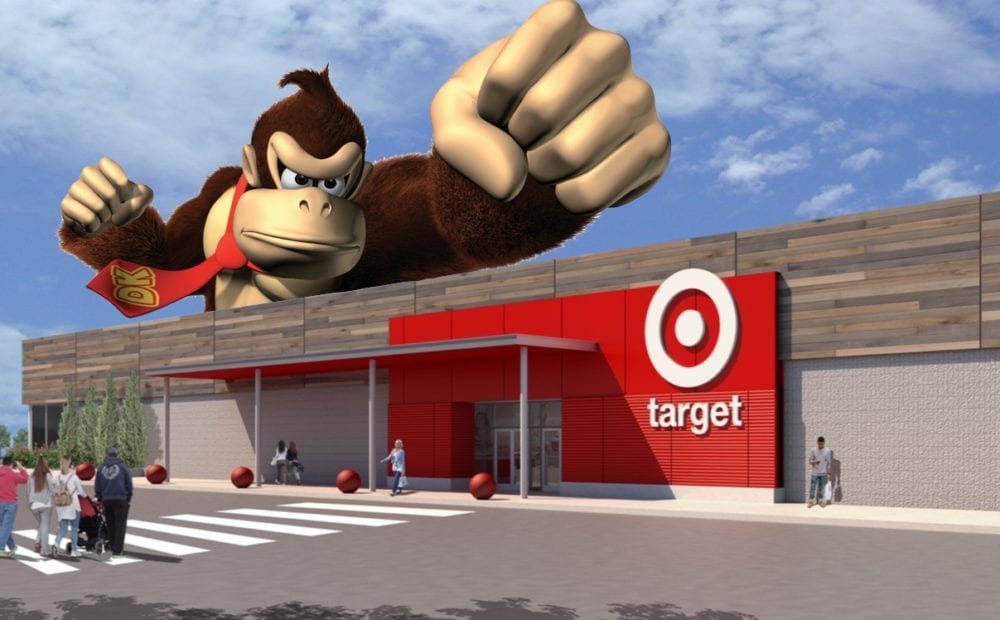 DK has had enough of your capitalism.

The OG mini-game, and the one that has seen the most varied editions throughout its run. After two solid entries in 64 and Melee, it arguably got worse with each subsequent version, like the Terminator movies or Donatella Versace’s face.

It needs no explanation, but to the laypeople out there, the objective was to break a series of targets in the shortest timespan possible. Initially, these were in stages catered to the specific character you were using, much like Board the Platforms.

However, in Brawl, the stages were standardized, with five different difficulty levels. Because of this, certain characters were rendered quite useless in this mode, unable to bust the targets as quickly as their more gifted contemporaries. Falco was able to break targets, break records, and break out in song when he’d had a brandy or two.

In Smash 4, targets were reduced to a daft little mini-game called Target Blast, where you walloped them from a distance with bombs. It was like Angry Birds, except the only ones who were angry were the players who had had their favorite mode neutered.

The more traditional version was tucked away in the 3DS’s Smash Rush mode, alongside various other challenges. No matter how much you tried to coax it out of hiding to replace Target Blast, it would never come with you, and in Ultimate, those beloved targets were removed entirely. I guess we must have broken them all. 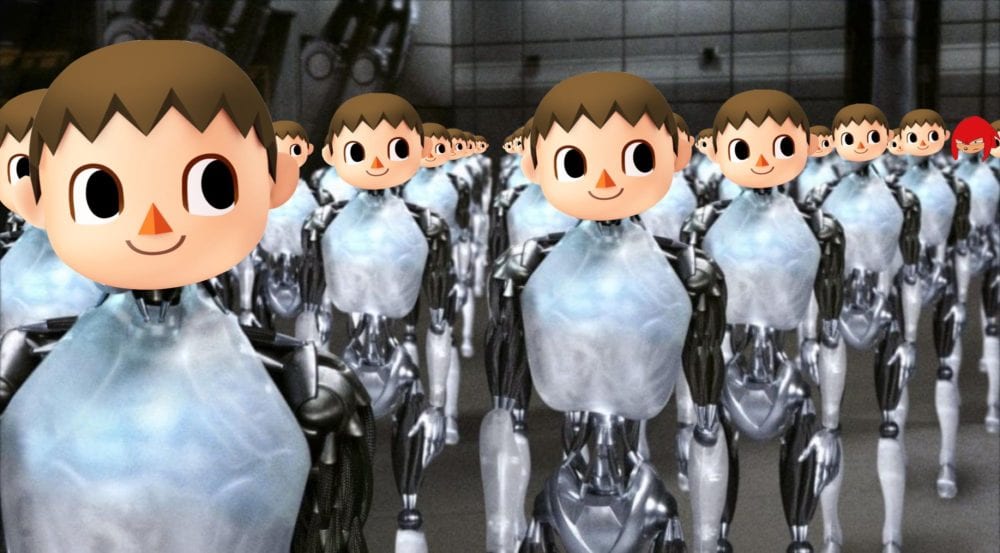 Imagine it: legions of foes heading your way, all conspiring to do you great harm. Will you fend them off? Or be crushed under their collective might? That’s the premise behind the Multi-Man Smash, and its various forms.

From Melee onwards, it has had a few different variations, from simple 10-man or 100-man scraps, all the way to more elaborate styles with other conditions. By far, the most interesting is Cruel Smash, which pits you against overpowered brutes who can and will demolish you in a few seconds flat.

The AI is pretty ruthless, and their only drawback is that have no access to special attacks, leaving them unable to utilize recovery moves. Because of this, some cheeky players have inflated their high scores by dancing around the ledge and provoking the computer players to wander off like lemmings. 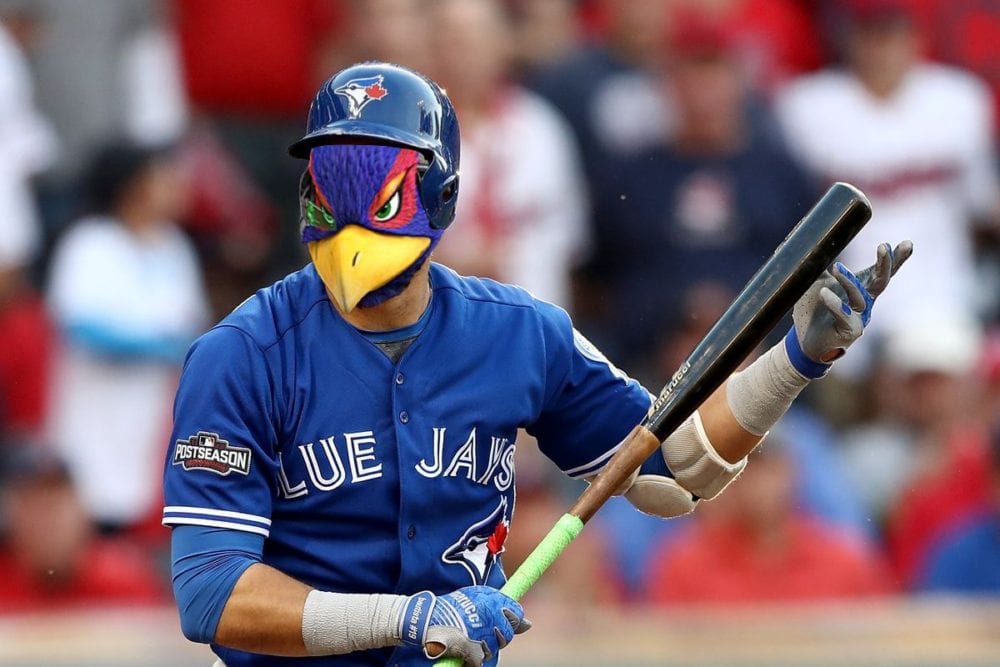 He’d rather be competing for the Lombardi Trophy, but this will do for now.

At its most basic level, Smash Bros is about violently accosting things until they are sent careening off into the distance. For this reason, the Home-Run Contest is the most natural mini-game to ever grace the series.

It introduces us to Sandbag, a hapless creature whose sole purpose in this dismal life is to get pummelled. His assailant will then take hold of a baseball bat and clock him right in his nonexistent teeth. It’s the closest you’ll ever see to a mugging in a Nintendo game, and it’s satisfying for all of the wrong reasons.

Don’t feel too bad for Sandbag, though, because his trophy description in Melee reveals that “getting hit doesn’t hurt Sandbag at all. As a matter of fact, it loves to see players wind up and let loose”.

You hear that? Sandbag likes getting hit. Freakin’ loves it, even. What a sick bastard he is!

The Home-Run Contest’s absence in Ultimate is a definite bummer, and there are some who hope it’ll be added in a future update. After all, how often do you get to visit stadiums that inexplicably stretch out over 40,000 feet?