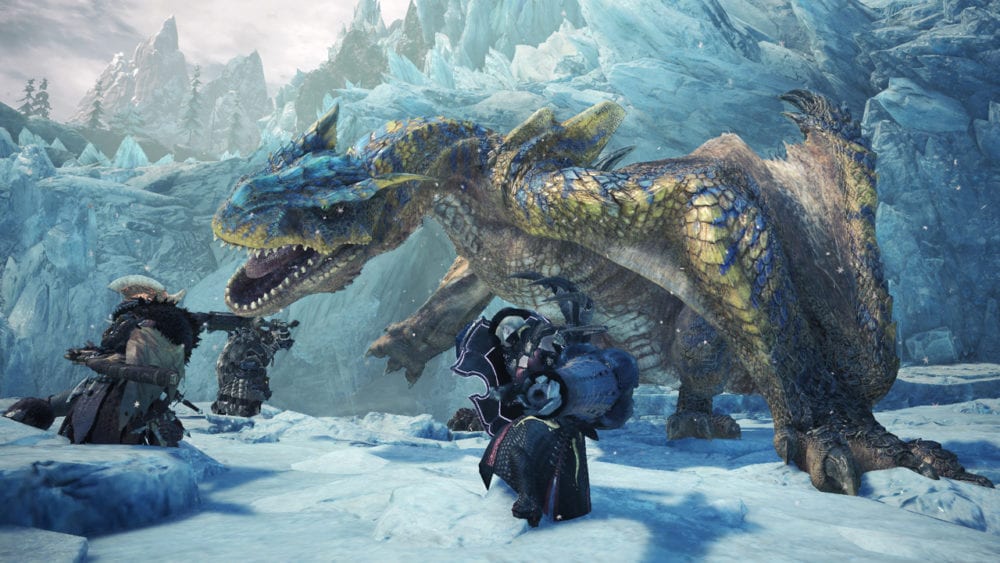 First of all, we get to see two images for each quest included in the beta. “Great Devourer, Great Jagras” is suitable for newbies. “The Big-horned Banbaro” is for veterans, while “The Wild Tigrex” is for the best of the best. Only the latter two quests are actually done in the new Hoarfrost Reach area, while the first is done in the basic Ancient Forest area.

As for features, we’ll be able to enjoy text and voice chat, a training area to test all the weapons, the new weapon combos coming with the expansion, the Clutch Claw, the Tailraider  mounts, and the View Mode to take screenshots with your friends. Full character customization won’t be included, and there will be six pre-made males, six females, and six palicos to select.

Both single player and multiplayer will be supported, and perhaps the most interesting element is that there will be rewards for your victories.

If you want to see and learn more Monster Hunter: World Iceborne, you can enjoy a recent video, the previous trailer and screenshots combo focusing on the story and on the E3 demo itself, one more trailer, and the recent footage and details, on top of another batch of screenshots that were showcased during a recent reveal. We also have another series of trailers showing off the new weapon actions and the first look at the Nargacuga gear.