Legendary Pictures hasn’t seen the biggest box office returns from its Godzilla and King Kong movies, but let’s face facts: movies about giant monsters duking it out for dominance are niche.

Not everyone wants to see radioactive dinosaurs and gorillas pile drive each other, but those who do can’t get enough of the spectacle.

So why hasn’t Legendary capitalized on its blossoming MonsterVerse and licensed a video game with that premise?

Godzilla: King of the Monsters features plenty of monster action that involves modern interpretations of Godzilla, King Ghidorah, Mothra, and Rodan. Best of all, the movie fleshes out the mentality of kaiju in its MonsterVerse.

Despite their divergent forms, these monsters follow a pack mindset. The strongest kaiju is the alpha, and everyone else bows down to him or her. And, like any real-world pack, someone’s always trying to dethrone the alpha.

The main narrative of King of the Monsters revolves around monsters fighting for dominance over other monsters. Sure, human elements serve as the catalyst for the fights, but these elements are minor and are just an excuse for Godzilla and King Ghidorah to battle.

Plus, fighting for dominance will also serve as the basic premise of the next MonsterVerse movie. Why else would it be titled Godzilla vs. Kong? Legendary has clearly found a giant monster movie formula it likes.

However, even though the MonsterVerse movies basically revolve around Godzilla fighting the monster of the week, the producers at Legendary apparently still want to create an expansive world full of giant monsters who might never actually fight Godzilla, as evidenced by the other creatures who cameoed (or were at least mentioned) in King of the Monsters.

While Legendary went the safe route and only introduced two monsters in their first Godzilla movie, they have since started cramming multiple kaiju in their MonsterVerse movies.

DC tried the same tactic in their Justice League and Suicide Squad movies to disastrous results, but the tactic is still salvageable.

Instead of introducing multiple monsters in a movie that only lasts around two hours, which can make it feel bloated, Legendary should try a different approach and introduce them in a medium that doesn’t have as small a time constraint.

Picture, if you will, a video game where the MonsterVerse’s monsters vie for dominance. The plot doesn’t get any more complicated than “giant monsters fight each other because that’s their nature.”

Not only would such a game feature all the established MonsterVerse creatures, from Godzilla to Kong Kong and maybe even the Skull Crawler, it could also include the monsters that have yet to physically appear in the movies.

According to the MonsterVerse’s resident kaiju expert, Dr. Ishiro Serizawa (played by Ken Watanabe), at least 17 have been found in-universe, and we’ve only seen maybe ten of them.

If you ask me, 17 is a reasonable starting size for a roster of monsters, and more can be added later through DLC or updates.

This hypothetical tie-in video game would be a boon for audiences and Legendary alike. Audiences would get to see the monsters who were only mentioned in the King of the Monsters, and Legendary could plop them into future MonsterVerse movies without cluttering the films with exposition.

Thanks to the hypothetical game, audiences would already know the names and abilities of each monster, and best of all, some viewers might even have picked out their favorites.

However, what kind of game should Legendary license to make giant monster fans fall in love with a cadre of titans? A strategy RPG where gamers lead kaiju armies into battle? A management simulator that lets players raise a baby kaiju and train it to become the new king of the monsters?

The answer is simple and hearkens back to my childhood: a game similar to Godzilla: Destroy All Monsters Melee. Never heard of it? Then time for a little backstory. 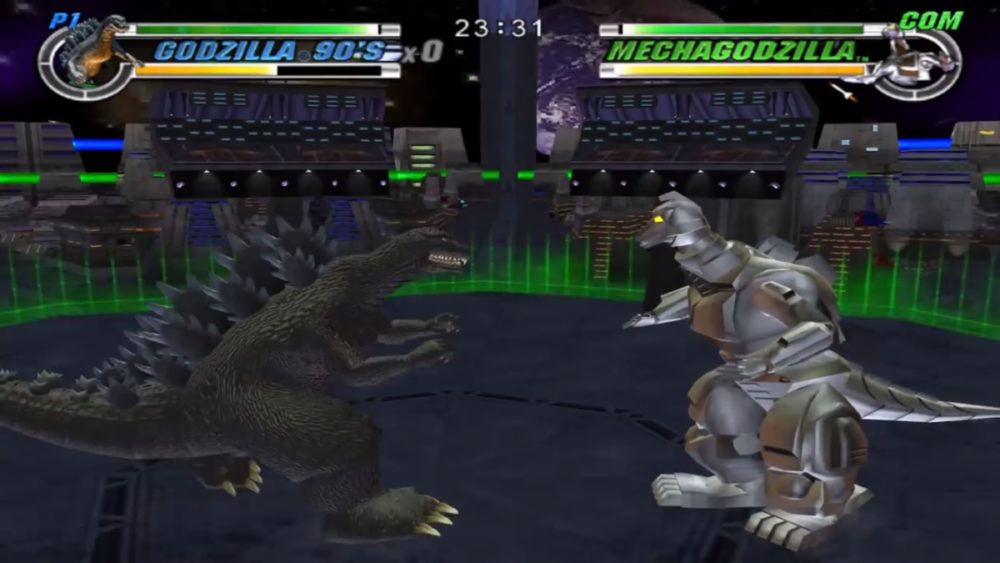 Godzilla: Destroy All Monsters Melee, and by extension its sequel Godzilla: Save the Earth, are fighting games that were produced by Pipeworks Studio and published by Atari. These games let players control and fight classic kaiju, run around recognizable (and destructible) cities, and cause as much chaos as possible.

Destroy All Monsters Melee and Save the Earth are all about distilling the spectacle of giant monster fights of Godzilla movies and reproducing them in video game form.

It is just as satisfying to slam enemies into buildings as it is to pummel them into the ground with iconic attacks and combos, and these games star a veritable who’s who of kaiju.

Players can control popular creatures such as Anguirus, Destroyah, SpaceGodzilla, and Biollante; more obscure kaiju like King Caesar, Baragon, and Jet Jaguar; and multiple flavors of Godzilla himself.

Destroy All Monsters Melee and Save the Earth have no shortage of giant monster goodness, and each creature is faithfully represented with detailed models (at least detailed for 2004) and cries ripped from the movies.

Most importantly, these Godzilla games don’t try to distract from the kaiju battles with complicated stories. The narratives are little more than fluff that are just excuses for monsters to fight each other and demolish as many buildings as possible in the crossfire.

Overall, Destroy All Monsters Melee and Save the Earth are stupid fun, which is the best way to describe a piece of Godzilla media. The original and Shin Godzilla movies notwithstanding, of course.

While Pipeworks’ next Godzilla game, Godzilla: Unleashed, was poorly received, and the Godzilla game after that, just titled Godzilla and developed by Natsume, didn’t fare any better.

However, the poor reviews had more to do with execution rather than gamers losing interest in giant monster fighting games.

The game received mostly positive Steam reviews —even though it was in Early Access— and garnered a loyal fan base that helped flesh out the game.

Every so often, Sunstone Games would open the floodgates and let gamers submit their own monster ideas, and one lucky participant per contest would win the enviable prize of eventually seeing their monster playable in-game.

However, that prize was never meant to be since the game was canceled —not because Sunstone Games ran out of funding but because of the unexpected death of one of the key developers. 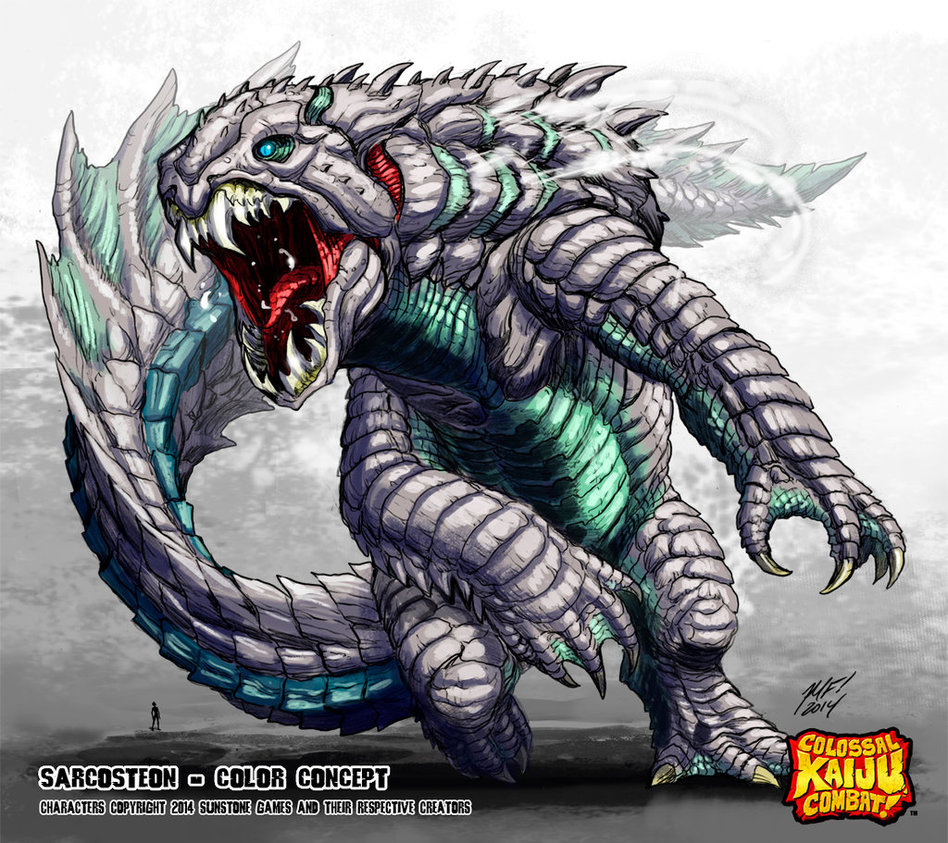 More importantly, the game demonstrated that the Destroy All Monsters Melee formula is viable even without the brand recognition of classic Godzilla monsters.

I can’t think of a better game genre for the MonsterVerse family that’s a mix of re-imagined old guard kaiju and neophyte creatures.

If we’re being honest here, Legendary is staring at a golden, gift-wrapped opportunity and doesn’t even know it.

The company has a world full of giant monsters just waiting to be discovered, as well as a video game formula that focuses on some of the best aspects of the Godzilla franchise. Mix them together, and you have a colossal boon that will please gamers and Godzilla fans alike.

So, if anyone from Legendary is reading this, for the love of God(zilla), get in touch with game developers, preferably the people at Sunstone Games and start making a giant monster fighting game that stars your MonsterVerse monsters. Your fans will thank you.