The more things change, the more they stay the same.

Way back in October 2017, we opined on several overlooked animals that would make for stellar Pokemon.

Here we are more than a year and a half later, and we’ve been introduced to a scant few of the new kids on the block debuting in Sword and Shield. Though several of them look pretty nifty, you’d be excused for thinking that they’re treading down familiar ground.

Wooloo is just a Mareep absent of static electricity, and Corviknight is a Murkrow who joins in LARP events on the weekends.

Our first batch here on Twinfinite may have been insightful and wonderful, but I’m older, wiser and roughly forty pounds heavier because I seem to sit around eating bread all day – so of course, there are many more animals that ought to be reborn as highly marketable PokeFriends. 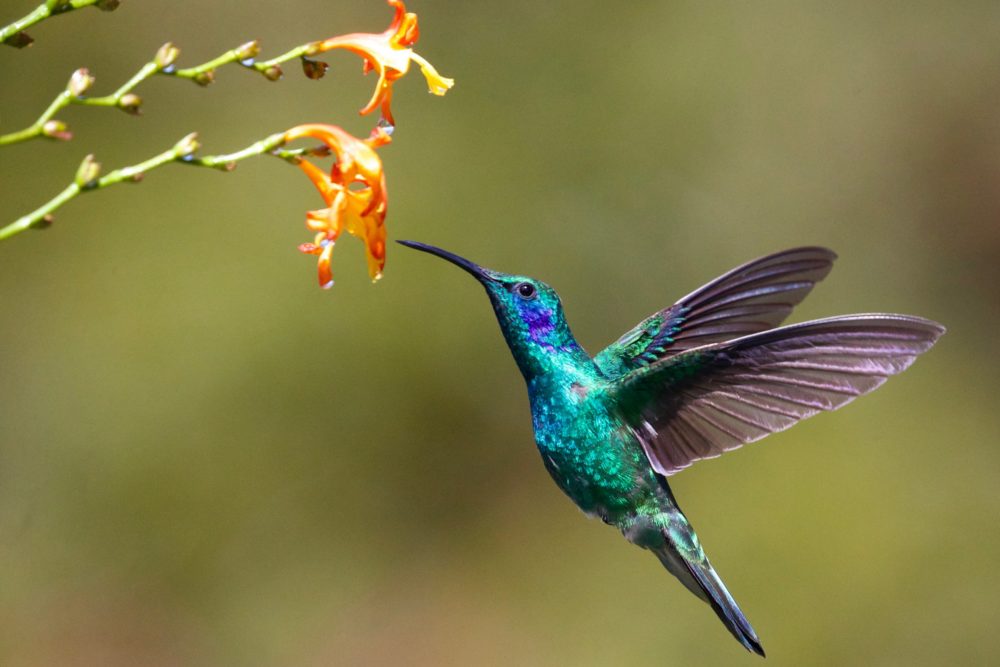 Everyone loves hummingbirds. Absolutely everyone. I know this because I asked everyone prior to writing this entry. If you don’t recall being asked, you were probably sleeping at the time, and that’s your fault, not mine. Lock your windows next time.

In any event, hummingbirds are well known for their blindingly fast wings and general adorableness. Watching them flit about, suckling the nectar from flowers can bring peace to an otherwise miserable day.

As hummingbirds are unlike your average avian, it could also be an opportunity to rectify one of the franchise’s most glaring flaws: the fact that there is only one pure flying-type Pokemon in the entire series.

That’s right. Apparently only a literal tornado is considered flying enough to be given the distinction, and it’s no doubt caused great duress for enthusiasts of the typing who just want another airborne friend to call their own.

If you’re concerned about what would happen if the hummingbird used Roost (a move it would most certainly have in its arsenal), you could just change it to normal in that instance, as has been proven in the coding with Tornadus.

Alternatively, wouldn’t it be hilarious if it became a ground-type, simply because it was on the ground? Every time it healed, it would also become immune to electric attacks, and that would add all kinds of wrinkles into the metagame.

Do it for the chaos, dammit. 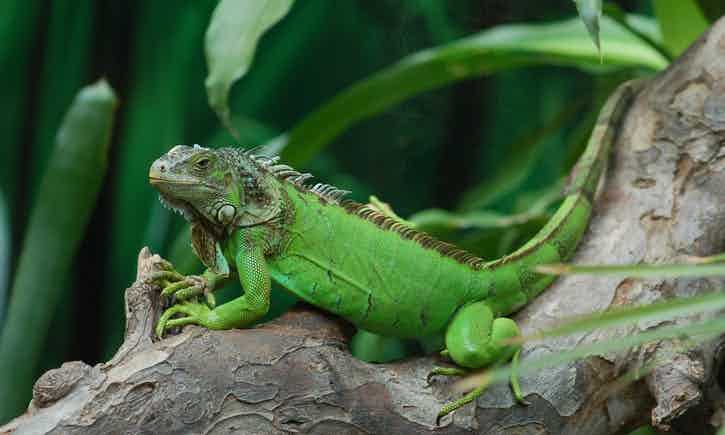 There aren’t as many lizard Pokemon in the franchise as you might expect, and stranger still, nearly all of them appear to be bipedal for some reason.

Sure, some actual lizards are known to stand on their hind legs when necessary, but it isn’t exactly a defining characteristic, and indeed, it’s vaguely threatening to see a lizard standing up to stare you down.

“Come at me, bro,” it snarls, clenching its tiny claws into fists, before throwing punches fearsome enough to fell predators three times its size.

Sounds silly, doesn’t it? Of course it does, and that’s why we need a big, lumbering reptilian quadruped in the form of an iguana Pokemon. There was surely an easier way to convince you of that, but hey, we got there in the end.

It doesn’t necessarily have any typing that jumps out as particularly obvious, but dragon seems as suitable as any. After all, if a bat, a turtle and a palm tree qualify, it really isn’t that much of a stretch. Damn you, Exeggutor!

The iguana Pokemon would be deceptively speedy, as the creatures are known to be fleet of foot for short bursts, and might evolve into something completely unrelated, like a goanna or a Komodo dragon.

Admit it, this all makes a surprising amount of sense, doesn’t it? 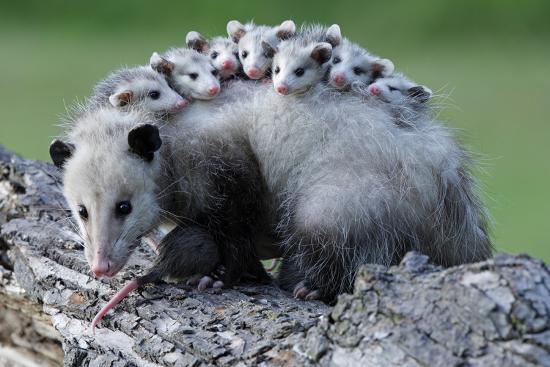 We’ve all heard of the phrase ‘playing possum’. But with this creation, you will finally be able to actually play possum on your Nintendo Switch. I know you’re excited, but please, try to contain yourself for now.

Possums are a strange kind of critter. They come in two varieties, but you’ll probably be more familiar with the North American variety, which is actually known as an opossum. Yep, they’re different, and we can only assume that this one got its name when a startled person declared ‘oh! Possum!’ upon seeing one.

These pests are known for having great survivability and a diverse diet, which makes them easy candidates for the Rattata trope; common mammalian Pokemon that pop up everywhere and will probably give you rabies if they bit you.

As such, it would almost certainly have to be a normal-type, lest our impressionable little minds be confronted by a more gaudy element too early in the game.

Its evolution could be called Impossum, potentially either a play on the word impossible or even imposter. Could the rarely seen Illusion ability come back into play? After all, signature abilities seem to be getting more diluted with every new generation that comes along. 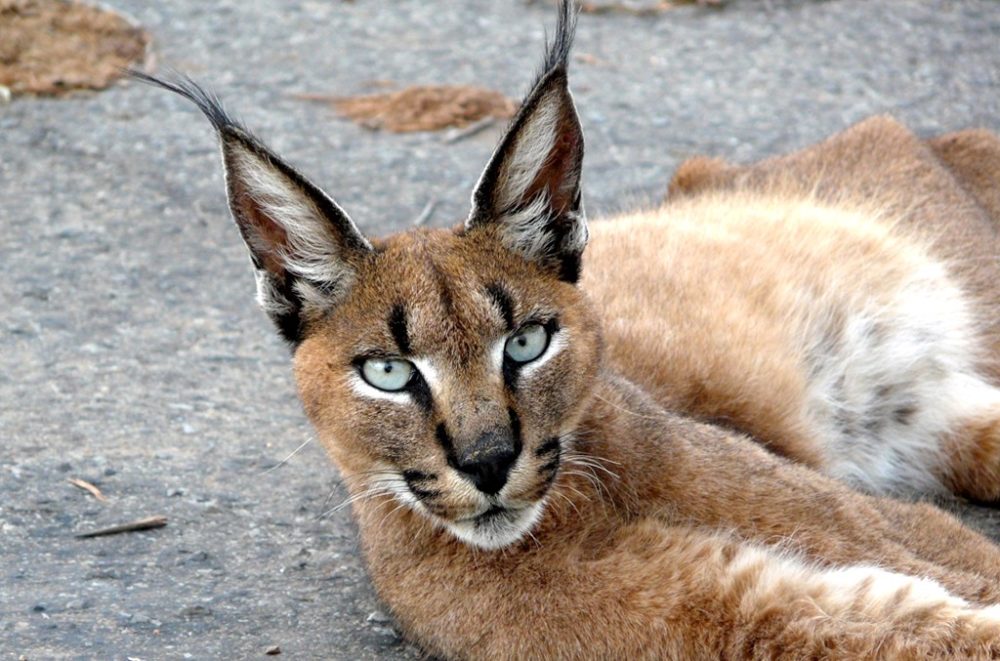 There is no shortage of feline Pokemon in existence, but they make for an obvious choice due to their popularity. There’s a reason ‘cat fancier’ is a term, after all, despite the fact that it sounds like a really creepy title that nobody should be proud of.

So we’ve seen lions, tigers, leopards and dead-eyed soulless ghouls in the form of Espurr. But how about a caracal? With their distinct, tufted ears, they would make for an aesthetically pleasing design, and its name even lends itself into an obvious pun: Caracat.

My goodness, how I want a Caracat.

Due to the fact that they are found in dry regions, they would make for a suitable ground-type, and could potentially buck the trend of being physically bulky. Would it be a stretch to say that a caracal Pokemon should be a special attacker? I mean, it’s special to me, and I think that’s justification enough.

If you want to be particularly true to the source material, you could even give it an ability that reflects the fact that a caracal’s diet includes birds – maybe it has a 1/5 chance of hitting flying-types with ground moves?

You could call it Aerial Prey, or Sky Snatch, or Stop Trying to Ruin the Metagame, Tony. 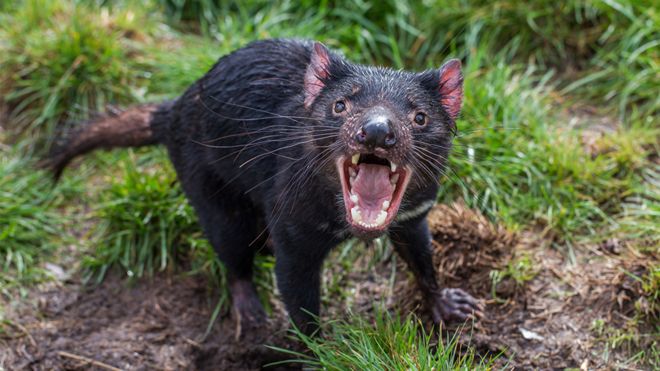 Unless you’re Australian, you might think of the ravenous brown menace of Looney Tunes fame whenever the Tasmanian devil is mentioned. If you are Australian, you’re probably too busy formulating some lowbrow cousin marriage joke to care.

But the actual Tasmanian devil is a fascinating little beast. Like its cartoon representation, it is a flurry of gnashing teeth, however it does not consume random foreign objects and it only spins in rapid circles if it happens upon a merry-go-round or when playing an ill-advised drinking game.

They typically feast on carrion, which is a fancy way of saying that they like to eat roadkill, and that could be a solid starting point for a Pokemon equivalent. As a result, a moveset that includes Bite, Crunch and other oral assaults would be appropriate.

It seems as though I’ve forgotten to designate any of these fictional Pokemon as a dual-type, and that’s why this feisty fellow would be a ground/dark-type. The latter due to its aggressive nature, and the former because it’s a filthy marsupial, both literally and figuratively.

On that note, don’t think that I haven’t noticed that it has now been two straight lists that have included marsupials for some odd reason.

No doubt we can all look forward to the next instalment that will arbitrarily introduce a wombat or platypus Pokemon, as well as a spiritual successor to the haunted hat monster.

Had to get that Hatori reference in somewhere.