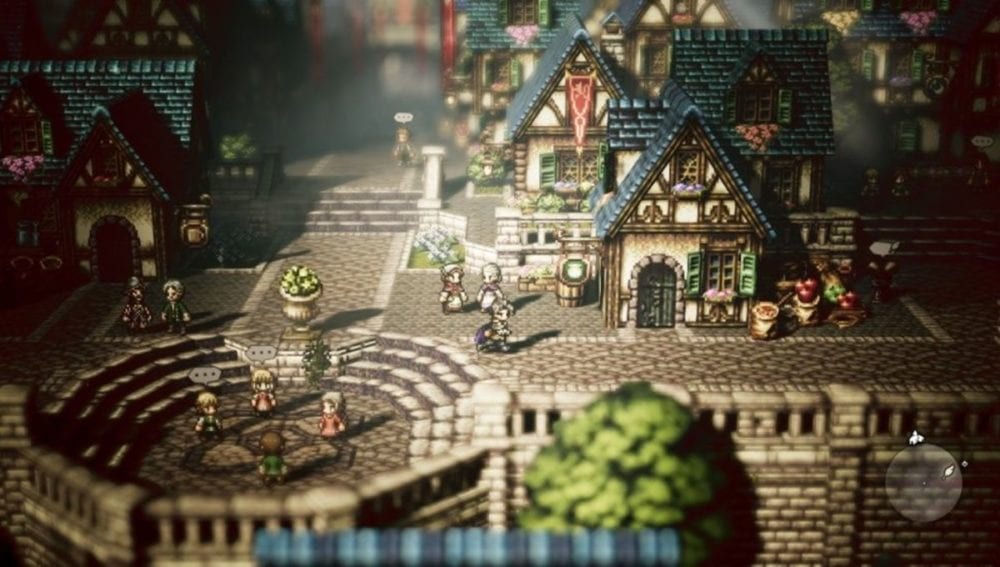 The E3 period’s been crazy, but somehow I still managed to find time to replay what I consider to be the best JRPG of 2018: Octopath Traveler. Only this time, my outing was on PC.

Released as a Switch exclusive in the middle of last year, it was definitely a nice surprise when Square Enix announced that they’d be bringing it over to PC as well. Now, to be clear, Octopath Traveler isn’t exactly the most graphically demanding game out there. The HD-2D sprites are gorgeous, and there’s quite a lot more going on under the hood as you’d expect, which makes it a complete battery hog on Switch. However, most rigs should be able to crush this game.

Even so, it’s hard to deny just how pretty this game looks on PC.

Taking a look at the graphical options on offer here, there’s actually quite a bit to tweak. There are options for shadows, textures, post-processing, and anti-aliasing. The options aren’t as extensive as most other PC games, but they’re there, and it’s nice.

While playing through the game, running through the Flatlands as Cyrus, I’d noticed that his running animations seemed smoother. Menu-ing in battles seemed more fluid as well, so yes, even though frame rate doesn’t really matter all that much for turn-based RPGs like this one, it’s a very noticeable and significant upgrade.

Octopath Traveler was locked at 30 frames per second and 720p on the Switch, so this is a huge step up in visuals and performance. The Switch version still looks gorgeous when docked, no doubt, but the PC version offers up a beautifully smooth experience that can’t be rivaled.

If I had to nitpick about something in this PC port, it’d certainly be the weird keyboard and mouse controls. JRPGs typically seem more suited for controller play of course, but mouse support often felt clumsy with scrolling not working as you’d expect. It’s still playable with a keyboard and mouse setup, but a proper gamepad would serve you much better.

Gameplay-wise, this is still the same, stellar JRPG we saw on Switch a year ago. The BP-based combat system is fun and intuitive, often encouraging you to think strategically about how you boost your moves, and the dual-classing system for each character adds an extra layer of strategy to that as well.

Octopath Traveler is incredible on PC, which, y’know, is honestly really nice considering Square Enix’s not-so-great track records with PC ports. If you don’t particularly care about portability or carrying this game around with you on a commute, you won’t be disappointed with its PC performance.