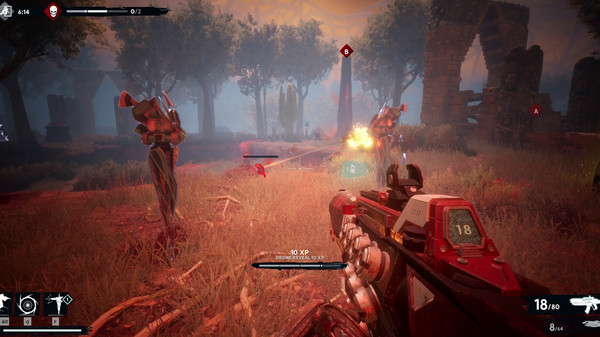 With its new update, Bloodharvest, having recently released, players are wondering whether Behaviour Interactive’s survival based shooter is coming to other platforms. It is currently in Early Access on Steam, which would rule it out of being on PS4 for the time being, but that doesn’t mean it won’t at all. Here’s everything we know so far about when Deathgarden‘s PS4 Release Date is.

What We Know So Far About a Deathgarden PS4 Release Date

While you can jump into the game now on PC, at least while it is in Early Access, the game is due for a full release sometime in 2019. That is also the case for the PS4 version.

All that we know so far is that Deathgarden will arrive on Sony’s console sometime this year.

That news was revealed in a PS4 announcement trailer that was released in August of last year, so you’ll simply have to keep waiting for a more precise 2019 date.

The PS4 announcement trailer, which you can see below, includes a description of the game, which reads: “In this fast-paced multiplayer action title, one overpowered Hunter needs to hunt down five agile Runners, who are trying to complete objectives as a team. Runners need to work as a team, while the Hunter will need to break the team.”

Other than the trailer, Behaviour Interactive hasn’t said anything else about the PS4 version, with the focus being on the big new update.

However, as soon as they say more, or announce a full date for the PS4 version of Deathgarden, we’ll be sure to let you know here.

That’s everything we know so far about when Deathgarden’s PS4 Release Date is. For more tips and tricks on the game, be sure to search for Twinfinite. We’ll be sure to have more guides on the game once it comes to Sony’s console.