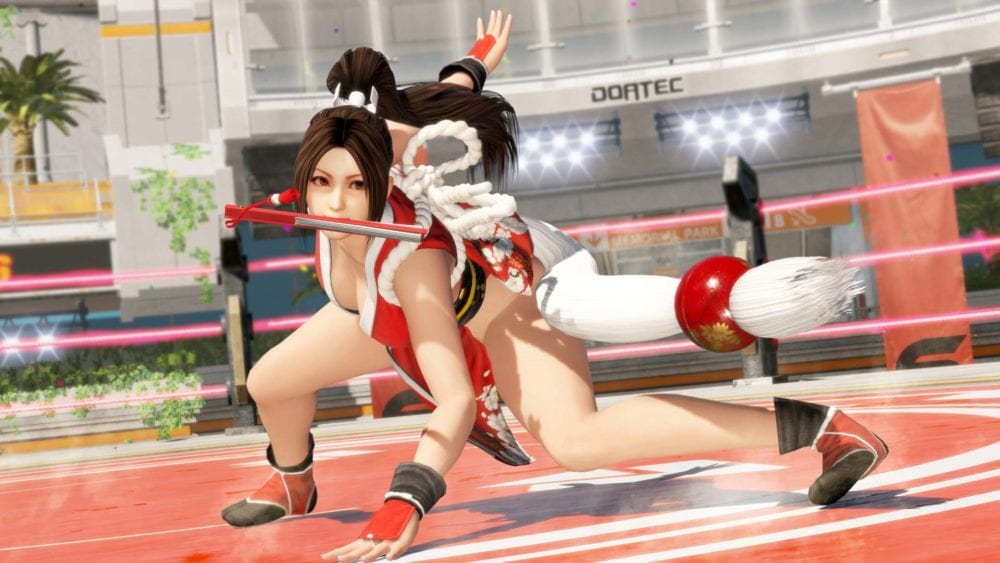 Today Koei Tecmo updated Dead or Alive 6 to version 1.06, and there are quite a few changes in store for the fans of the Team Ninja’s fighting game.

Do keep in mind that the version number may be different by platform, as 1.06 is the internal numbering.

Here’s a summary of the patch notes. A full breakdown can be found in the galery at the bottom of the post.

Of course, a big part of the update is support for the new DLC characters from The King of Fighters Mai Shiranui and Kula Diamond. Koei Tecmo released a batch of official screenshots, which you can also find in the gallery.

If you want to learn more about Dead or Alive 6, you can read our review of the game and check out some recent information from Producer Yohei Shimbori.  You can also take a look at the first gameplay and some more screenshots of Mai and Kula.