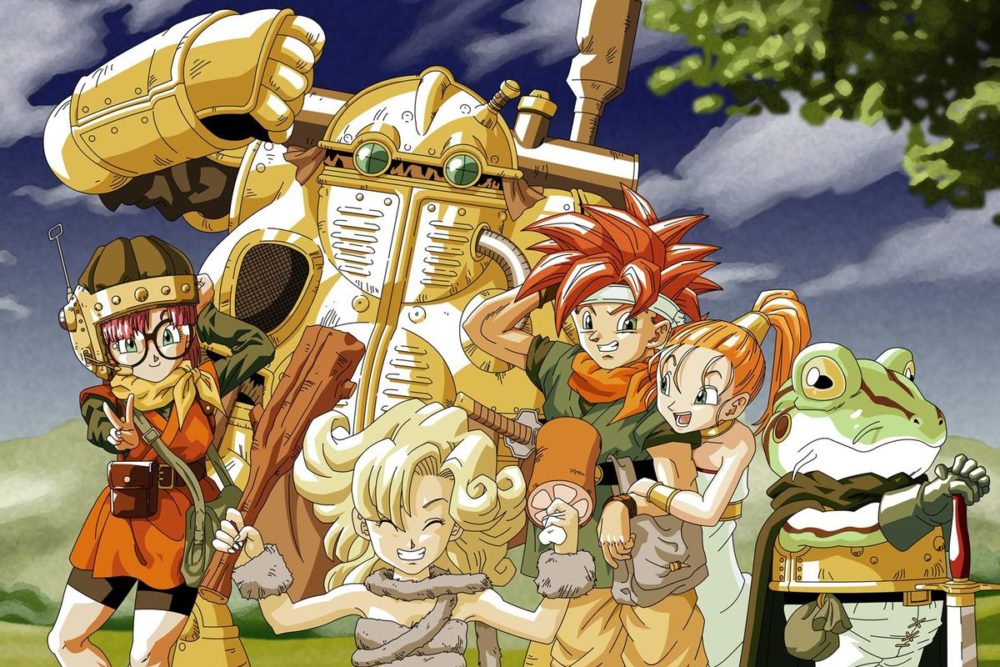 Chrono Trigger is regarded as one of the best JRPG of all-times thanks heavily to the super creative ways that the game utilizes time travel.

Chrono Trigger throws the protagonist, Crono into a time-traveling adventure that takes him and his gang of quirky characters into the prehistoric age full of dinosaurs, a post-apocalyptic world filled with toxic waste, and even medieval times.

Trying to save the world is no easy feat, as you will have to go across multiple timelines and alternate dimensions to reach all 13 endings. Each conclusion still revolves around defeating big bad Lavos, but each ending will have you fighting him in different locations and in different ways.

Whenever you would jump from point A to point B, the time periods that you would end up in would have a different feel from the last. The enemies would be appropriate for the time period and the way that you navigate the world map also changed quite a bit.

There was also a sweet motorcycle race that took place in one of the future eras that made it stand apart from the others. And you can’t forget that each new party member that joined your team came from different eras as well, with movesets corresponding to where they came from. The game was a superb mix of different universes, timelines, and eras in history that just blended so well together.

The sidequests were also pretty awesome as they really fleshed out the side characters in a way that other games tend to stray away from. These weren’t just simple fetch-quests but instead, were plot-heavy missions that felt like you were still playing the main game quests.

When it comes to the best games that deal with outlandish and crazy time travel nonsense, Chrono Trigger is the best of the bunch and was and still is an exceptional game.

The first season of Life is Strange puts us into the shoes of Max Caulfield, a young woman who attends Blackwell Academy that lives a pretty normal life; she likes her hipster music, she loves taking pictures using old-school cameras, but her life takes a drastic turn when she finds herself with the power to manipulate time.

Say something wrong in conversation? Just rewind back a few minutes to change up the dialogue option giving you a different scene and/or outcome. There are also times in Life is Strange when you get to go way back in time by looking at photos that Max has taken with her camera.

These time-traveling moments help Max change up outcomes like bringing her best friends dad back to life, but the Butterfly Effect is in full use here, meaning that any changes you make in the past will greatly affect the future –both positively and negatively.

Max first discovers her power when she saves her best friend, Chloe, from dying of a gunshot at the hands of Nathan Prescott in the school bathroom. Her best friend lives to see another day, but at what cost?

Max and Chloe begin to realize that not everything is peachy-key as strange things start to happen in their town, like huge tornadoes and whales washing up on the beach.

Life is Strange gives the player tons of choices to pick from throughout the episodic series, but you can jump back in time a few moments if you’re not happy with your choice at that given moment. Her power is limited, but Max and Chloe’s time travel filled tale is definitely worth a play. 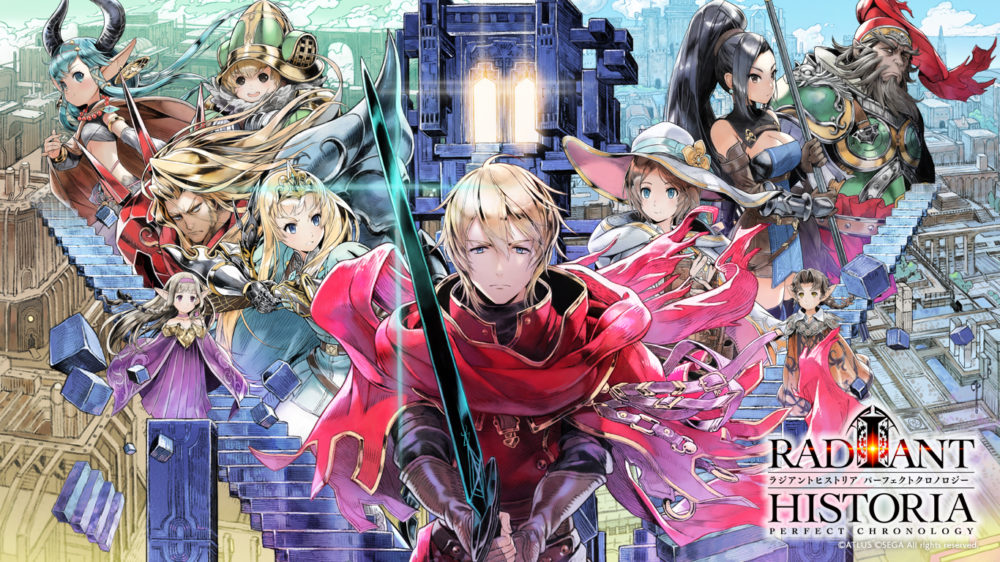 Radiant Historia: Perfect Chronology is a turn-based RPG from Atlus that first released on the Nintendo DS but then came as an updated port over to the 3DS just last year.

Time travel is a huge component in this game thanks to the main character taking hold of a special book called The White Chronicle. By using this tome, Stocke and his party can travel to different timelines and explore all of the branching paths that the book gives to you.

If you’re a completionist, you are going to want to see every single outcome that can happen, especially since seeing different outcomes can influence the game’s ending, which there are a few of.

Radiant Historia makes it very easy to see the different timelines and endings, as when something “bad” ends up happening, you can just jump back to the point where you made the decision and try again from there. You can also skip cutscenes and dialogue that you’ve already seen and your party members keep their experience points.

If time traveling appeals to you at all, then this DS-era RPG is a great pick.

Back to the Future: The Game 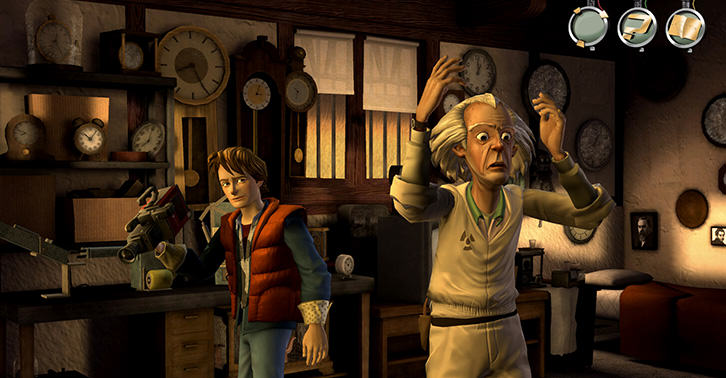 You can’t talk about video games that deal with time travel without bringing up Telltale’s adaptation of Back to the Future: The Game. It came from a licensing deal that Telltale had with Universal and gives us an original story that takes place half a year after the events of Back to the Future Part III.

Doc Brown sends the DeLorean Time Machine to the present day with a special message for Marty, telling him that he needs to go back in time to prevent the death of Doc.

But once Marty ends up messing around with time, he begins to slowly disappear because of events that he helped cause. This brings about a time-traveling adventure that throws you in several different timelines. You have to prevent Doc from dying and make sure that Marty doesn’t disappear from existence.

Back to the Future: The Game gives us that comedic Telltale humor that we know and love, and shows us a unique story that you can’t get from watching the movies.

Professor Layton and the Unwound Future 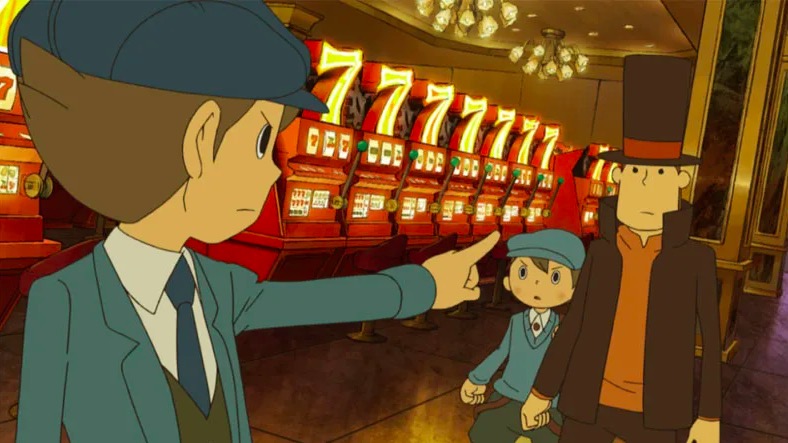 Professor Layton games are usually based around the titular professor and his assistant, Luke, solving crimes in different towns around London all while taking on puzzles that are given by the towns-people. We’re not sure why everyone is obsessed with riddles and puzzling questions, but it’s their job and that’s how things are.

But in the Unwound Future, the pair end up running into an aged Luke who resides in a steampunk version of London. He sends the past Luke and Layton a letter telling them of the terrible events that occur in his timeline.

This game is the first in the series to bring up the concept of time travel, and boy does it bring some interesting interactions into the narrative.

For the first time ever, we get to see adult Luke interacting with young Luke and the results are hilarious, and we also get to see more of Professor Layton’s past by way of flashbacks, giving us a deeper look at who he is.

Time is the central theme here in Unwound Future and the game does a fantastic job at making it so by introducing us to new characters and letting us peek into the future and the past of the main protagonists.

Professor Layton and the Unwound Future will be remembered as one of the wackiest entries in the series and after reading our description, I hope you can see why.