As each year passes by, TVs become better in better and not just in picture quality either — their audio gets better each year. Despite this rise in TV sound quality over the years, they can hardly compare to a dedicated headset. Here are the 10 best gaming headsets for 2019 for PC, PS4 and Xbox One.

If you have a PC, PS4 or Xbox One, chances are you would benefit from a headset. With virtual surround sound, 3D audio, dedicated equalizers and more, if you’re looking to take your daily video game sessions to the next level, you must get your hands on one.

Because each system works differently, we’re going to break down your options based on which system you’re looking to play. Below that, we’ll tell you what the best one is if you’re looking for something compatible with PC, PS4 and Xbox One. 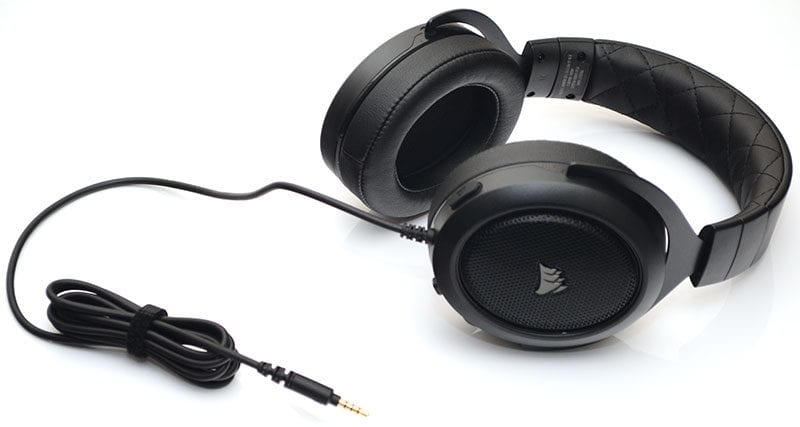 The Corsair HS50 is the best low-end PC headset you can find today due to it’s great-sounding 50mm drivers, solid build quality and easy-to-use capabilities. Simply plug it into your PC’s audio jack and you’ll be set.

There aren’t any special equalizer software programs to install, no calibrations to be made — it’s good to go out of the box. Now, because this product is a mere $40 on Amazon, you shouldn’t be expecting a life changing audio experience when you begin playing your games.

This is stereo which means no surround sound or any form of 3D audio, but its two 50mm drivers will create a high-impact audio display for most games, especially shooters. With an average of 3.5 out of 5 on Amazon with over 700 reviews, if you’re looking to improve your audio at a low cost, we can’t recommend these enough. 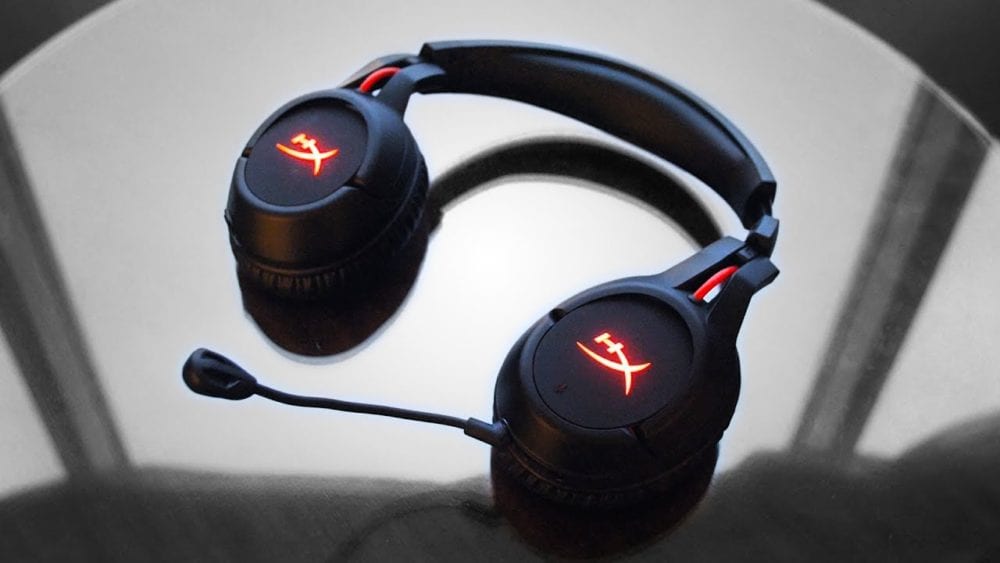 The HyperX Cloud Flight is the most tried-and-true headset on this PC list and that’s because it packs a $300-like audio experience into a package that won’t cost you more than $150. This wireless headset boasts an impressive 30-hour battery life, highly flexible ear cups, a detachable mic and some cool lighting effects.

While that’s all great, it’s what is inside it that really shines. With extremely clear highs and mids, the only thing this headset could do better is in the lows. While bullets whirring past your face will sound great, as will the sound of Scorpion punching Sub-Zero, a grenade exploding could sound better with just a tad more bass.

To get that kind of bass, though, you’re going to need to pay more. For $150 on Amazon with an average of 4 stars out of 5 after over 500 reviews, this is the best gaming headsets in 2019 for PC in the mid-tier range. 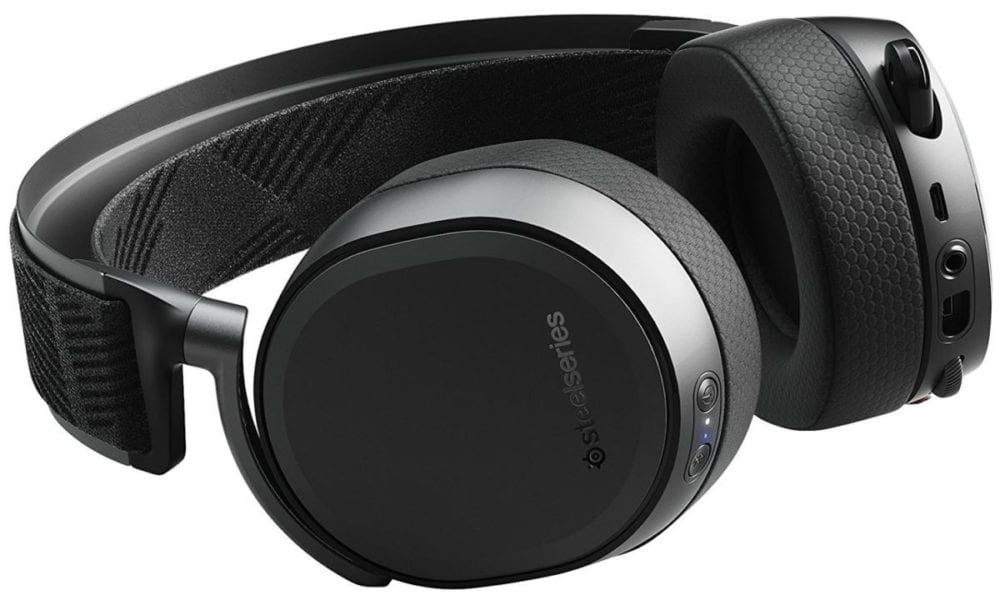 The SteelSeries Arctic Pro might be the best headset you can buy for gaming on your PC. It might also be the most expensive one you can buy too.

This headset features one of the best build qualities of any audio device in video games with a nice mix of aluminum alloy and soft cushion for your ears and comes packed with some incredible drivers for your ears. The speakers within are capable of frequencies as low as 10 Hz and as high as 40,000 Hz which means that for the purposes of gaming, there isn’t a sound in a game’s file that this headset won’t produce with extreme clarity.

On top of its great audio, it comes with a battery that can last up to 20 hours and the package includes an additional battery that’s quite easy to swap in. For $300 on Amazon with an average of 4.5 stars out of 5 after over 1000 reviews, if your audio budget has no limit, this is the one you need. 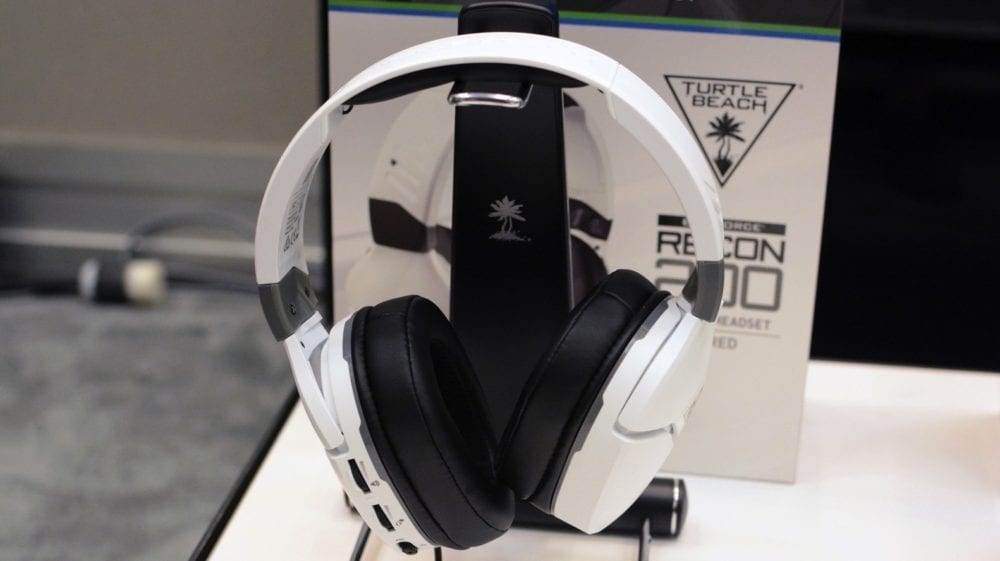 The Turtle Beach Recon 200 is a classic and still one of the best gaming headsets in 2019 for good reason. It’s made by a company that’s been making video game headphones longer than most, it features a lightweight and comfortable design, a great sound and best of all, it comes with a low cost price tag.

At $60 on Amazon with an average of 3.5 stars out of 5 after nearly 500 reviews, we can’t recommend this headset enough. 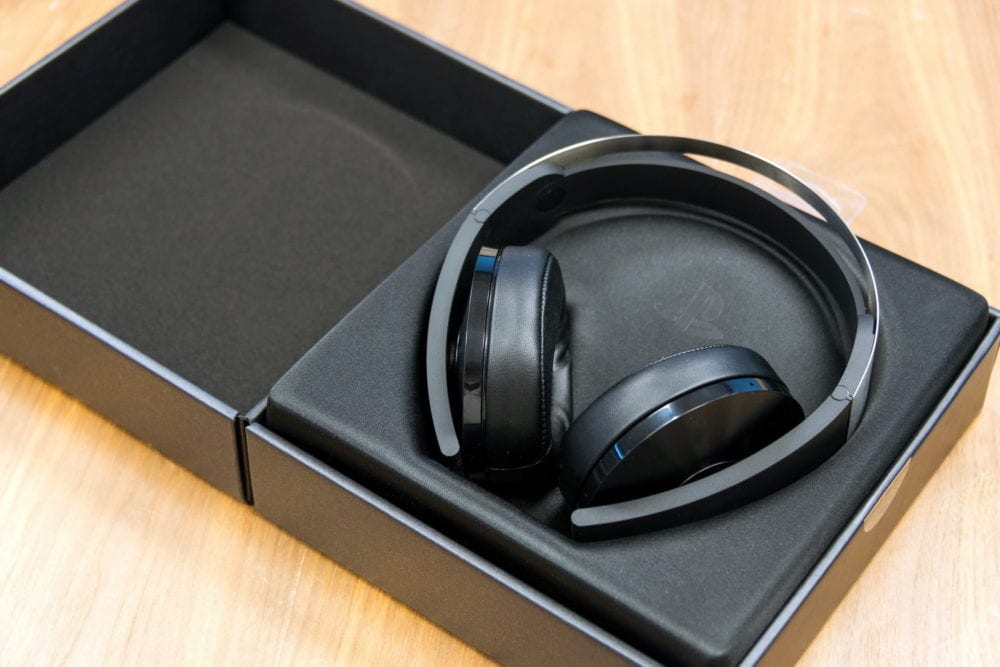 While names like Turtle Beach and HyperX are quite popular in this space, Sony has surprisingly edged out the audio competition in the mid-tier range with their Platinum headset. Dedicated exclusively to the PS4, this gaming headset features one of, if not the, best build qualities on a headset we’ve ever used.

With extremely comfortable ear cups, a metal frame and a unique piece of rubber to keep the headset lodged comfortably on your head, this headset lasts for nearly 10 hours of wireless gaming and charges in less than half that time.

It features 7.1 surround sound, 3D audio, a great fit for PSVR and comes with a dedicated PS4 app that allows you to load sound profiles into the headset based on the type of game you’re playing. 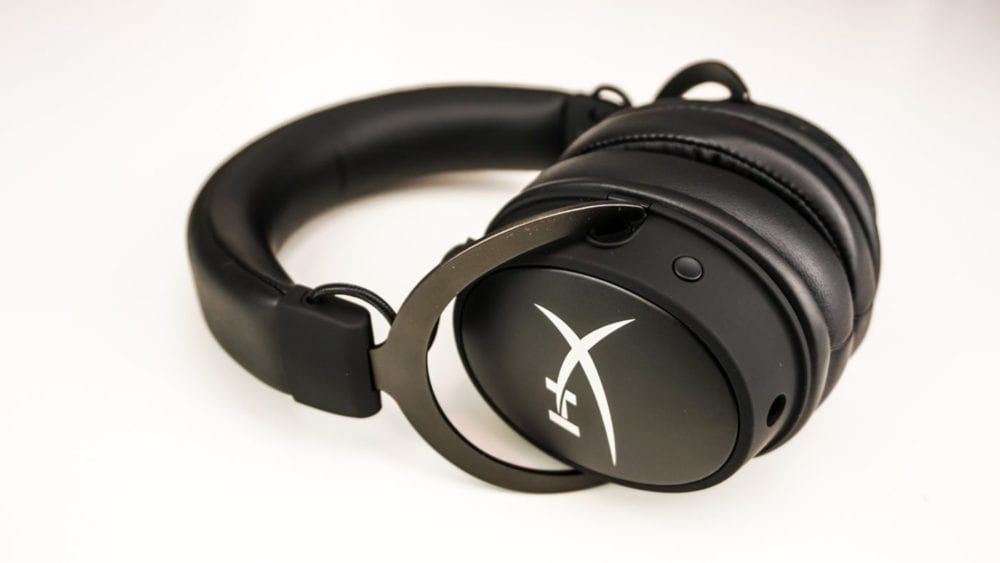 Featuring an aluminum frame that keeps this headset sturdier than most, the HyperX Cloud MIX is a high-end product that feels and sounds even more expensive than it costs. Featuring dual 40mm drivers, this headset is capable of picking up on the lowest of lows and some incredibly high highs, all while maintaining a clear quality void of distortion.

On top of its great sound, it features Bluetooth and wired options and a battery life of nearly 40 hours. It comes with a detachable mic that has some of the best sound quality in a dedicated gaming mic meaning your friends won’t be complaining about some random buzz your old headset used to make in parties.

At $150 on Amazon with an average of 4.5 stars out of 5, this headset is top of its class and a must-buy for your PS4 gaming if you’ve got the money. 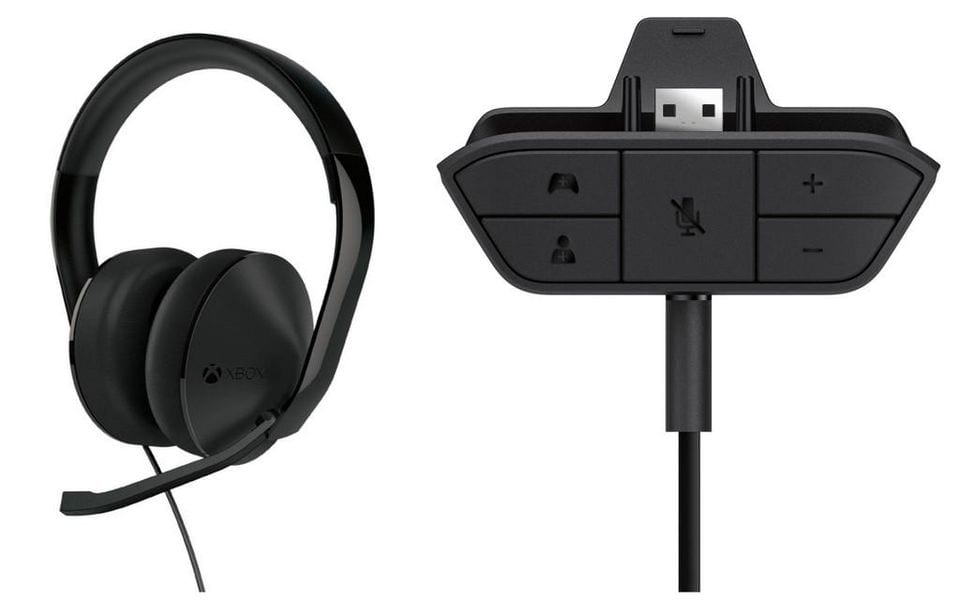 The official Xbox One Stereo Headset is a surprisingly great low-cost option for someone who’s okay with a wired connection and a lack of virtual surround sound. Featuring a pseudo-wireless connection — the headset connects to the controller which sends the data wirelessly to the Xbox One — this stereo headset makes up for it’s lack of directional sound with hard-hitting drivers that will sound better than almost any TV speaker can deliver.

This affordably great sound comes within the soft cushions of the ear cups which are held together by a sturdy alloy frame. The mic works flawlessly and the controls are right under you controller inserted into the audio jack, which makes things like increasing the volume or muting your mic quite easy.

At just $55 on Amazon with an average of 3 out of 5 stars after over 2000 reviews, this headset is a great start for someone looking to dip their toes into the headset space of video games.

Best Mid-Tier Headset for Xbox One

As we’ve noted already, Turtle Beach is one of the most prominent names in video game headsets and perhaps the best at making a wide range of headsets for all systems. Despite their range, they’ve always skewed toward Microsoft as their best headsets are usually made with respect to Microsoft Windows and Xbox One, just like the Turtle Beach Elite Atlas Pro.

Don’t be fooled: this headset says it is for PC gaming, but it’s made exclusively for Microsoft Windows on PC. It’s that Windows compatibility that makes this headset sing on the Xbox One too. Featuring dual 50mm proprietary-NanoClear drivers, this headset was built for esports and as such, delivers incredibly crisp chat audio and prominent sound cues within whatever game you’re playing. It’s what the pros use and it’s what you should use too.

Best High-End Headset for Xbox One 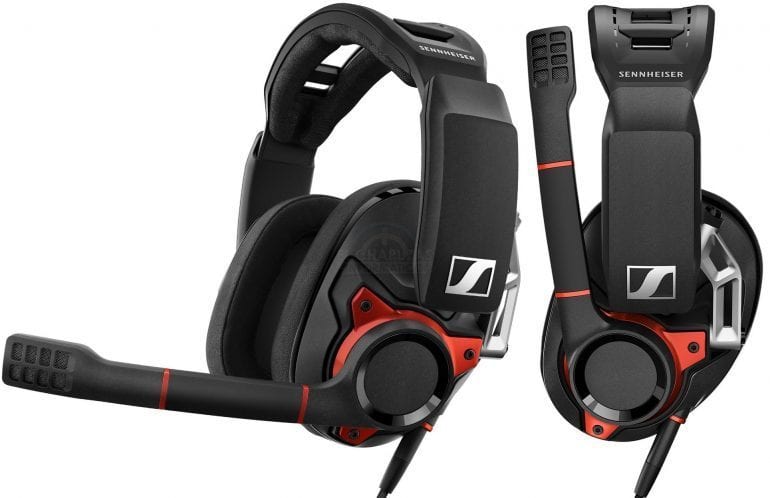 A new name for this list, Sennheiser makes some of the most incredibly-detailed headsets in the world with sound that is always top-notch. For years, they’ve stuck to the more musical side of audio but they recently dived into video games with the Sennheiser GSP 600 and we’re very thankful for it.

The GSP 600 is a wired headset that uses that wire to produce what might be the best sound achievable on an Xbox One, save for an actual home theater. It’s packed with drivers that produce more bass than almost any other headset in the space and coupled with that is a unique feature you didn’t know you needed when gaming: active noise-cancellation.

This slick and classy headset will cost you a pretty penny at $200 on Amazon, but with an average of 4 stars out of 5, if you’ve got the money, this is the headset you need.

Best Gaming Headsets 2019 for Multiplatform Use 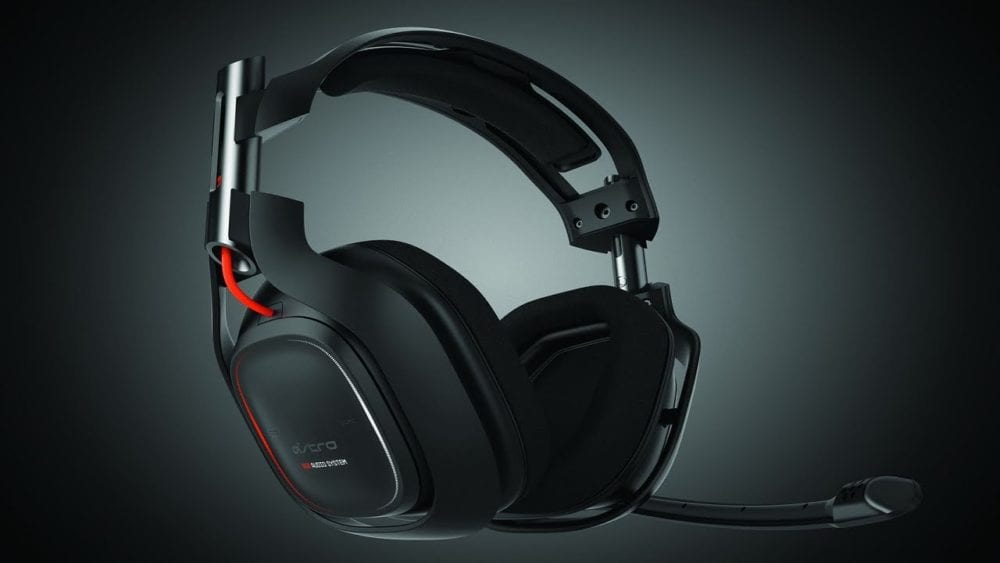 If you’ve been reading this wondering where the Astro A50s were, then we totally understand. After all, these are bar none the best video game headset money can buy. Unfortunately, you’re going to need a lot of money.

One of the only Dolby-enabled headsets in the space, the Astro A50s are the most premium looking and sounding headset you can get on your ears. Rivaling sound produced by sound bars and home theaters, this headset relies on its 5 GHz wireless capabilities to deliver the highest wireless audio quality possible and if that’s not enough, it comes with a charger that allows you to show off this product however you’d like.

The Astro A50s cost $300, but are widely regarded as the best headset you can buy for video games. If money isn’t a concern, or if you’ve been saving up to upgrade your audio experience, this is what you need to buy.

That’s it for our 10 gaming headsets in 2019. For more information about headsets, or news, previews, reviews, features, guides and more for all of your favorite games, stick to Twinfinite.